Pavel has funded healthcare for 10 patients in 7 countries. 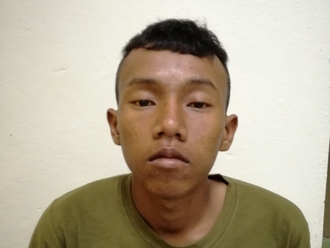 Heng is a young man from Cambodia. He has one brother and one sister and enjoys watching television and listening to music. Heng was born with severe scoliosis, which has progressed with age and has made it difficult for him to sit for long periods, causing a lot of discomfort. Surgery can help correct the position of his spine, and prevent further worsening of the condition. Heng has not been able to work because of his condition. Fortunately, surgery is scheduled for March 12. Our medical partner is requesting $1,500 to fund this procedure. He says, "I hope that after surgery, I will not have any pain and can walk normally and be able to take care of myself." 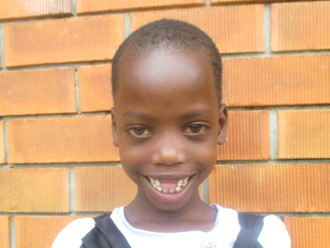 Akankunda is a child from Uganda. She is in nursery school and has two siblings. Akankunda’s parents practice small-scale farming. Akankunda has had a swelling on her left leg since birth. She experiences discomfort as the mass keeps increasing in size. Akankunda traveled to our medical partner's care center to receive treatment. On January 8, surgeons will remove the mass. Now, Akankunda needs help to raise $187 to fund this procedure. Her mother says, “I will be very grateful that my daughter will be treated. I will have peace of mind after surgery.” 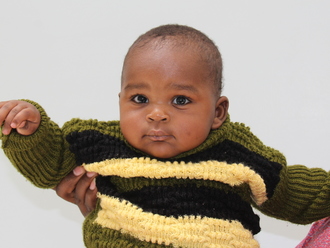 Meet Jayden, a seven-month-old boy. At six months old, he was diagnosed with an abnormal condition in a sensitive area. Through a friend's recommendation, his family came to our medical partner's hospital, Bethany Kids Kijabe Hospital, where a surgery has been recommended. The procedure will take place on August 28 and will cost $700. If not treated, Jayden is at a risk of urinary tract infections and infertility in adulthood. Jayden's parents are grateful for the assistance they'll receive through Watsi. Jayden’s mother says, “My prayer is that Jayden gets treated and leads a normal life.” 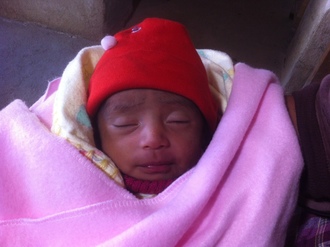 Since her birth two months ago, Melany has been growing too slowly. Her mother has been unable to produce sufficient breast milk to nourish Melany. Lactation failure can lead to starvation and dehydration, as well as provoke electrolyte imbalances that can cause seizures. Brain development occurring during this delicate time can also be compromised, putting Melany at risk of long-term damage. To stabilize her condition, Melany was given a preliminary supply of formula. This will last until the nutritionist at our medical partner, Wuqu' Kawoq, can create a nutritional plan and formally begin treatment. Melany lives with her parents and three siblings in rural Guatemala. Her father works driving cars and trucks, and her mother takes care of the home. Her parents do not have the financial resources to pay for the baby formula that Melany needs. Her family’s limited resources put treatment for Melany outside of economic reach. Watsi is asking for $1,107 to fund Melany's treatment, which will begin on January 30. Your donation will help supply Melany's mother with baby formula and health education, which will ensure Melany receives the calories she needs to grow and thrive. One-on-one education with Melany’s mother will teach her the signs of malnutrition and other illnesses, as well as how to create a nutritious, inexpensive diet for Melany. Melany’s immune system will strengthen, and she will grow to be a healthy, energetic baby. "We want Melany to become a nurse," say Melany's parents, "so that she can help others just as she is being helped." 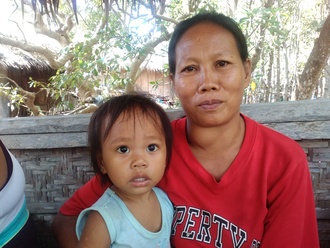 Angela is a 44-year-old mother of six children who lives in the Philippines. Seven years ago, Angela began tiring easily when doing household chores and would sometimes not finish her tasks for the day because she would need to stop and rest multiple times. She also began feeling nervous and having difficulty sleeping at night due to discomfort. To support the family, Angela's eldest son works as a fisherman and gives his mother money every month. His income is necessary to provide for their daily needs, as Angela's husband leaves only enough money to cover a month's worth of expenses when he goes away for five months of the year. Angela cannot work as she has to take care of her children, and she tries hard to keep them in school. Recently, Angela was visited by her family's pastor and a friend who is a part of our sponsored community to discuss a program to help her family elevate their economic status. During the second week of the program, Angela underwent a medical screening and was diagnosed with thyroiditis, a condition involving inflammation of the thyroid gland. The thyroid gland produces hormones that regulate the body's metabolism. When the gland is inflamed, thyroid hormone production can decrease, leading to fatigue. After completing blood tests, Angela was cleared to undergo surgery to remove her thyroid so that her condition would not progress. $1,500 covers the cost of Angela's surgery, transportation to and from the hospital, 10 days of hospital care—including medicine, imaging, and additional blood tests—and medication to take after she goes home. Angela looks forward to having more strength to take care of her family. "I would like to be healed and become better to serve my children and family and have quality time with them," she shares. "I want to be effective as a mother and friend to them. Thank you for your kind hearts." 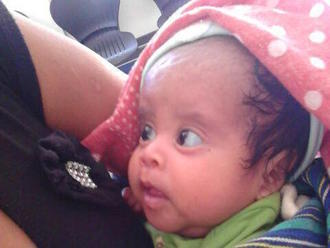 Two-month-old Gregorio lives with his parents and older sibling in Guatemala. “Gregorio is acutely malnourished due to his mother's lack of breast milk,” our medical partner, Wuqu’ Kawoq (WK), tells us. “His mother is not able to produce enough breast milk for him to survive, meaning that he weighs even less than when he was born.” While Gregorio’s mother takes care of the children during the day, his father leaves their home early every morning to chop wood on the mountain and sell it in town. Despite the long hours of hard work, his father earns very little money and can afford only very basic foods like tortillas. As a result, the family is unable to buy formula for Gregorio. “Gregorio’s mother has been supplementing the little milk she makes with water, which depletes Gregorio’s electrolytes and puts him at risk of seizures and permanent brain damage,” WK continues. The inability to produce breast milk—known as lactational failure—is a serious condition for a newborn baby without access to formula. Fortunately, treatment for Gregorio is possible. “Formula will give Gregorio the nutrients, calories, and protein he needs to grow,” WK explains, “His mother will receive one-on-one motivational nutrition education to prepare her to give him solid foods and teach her how to prevent future malnutrition.” $1,016 pays for a one year’s supply of formula and six months of micronutrient support for Gregorio. Funding also covers the cost of a case manager and a nutritionist to help Gregorio’s mother coordinate his care, plan his meals, and monitor his progress. With treatment, “Gregorio's immune system will grow stronger, saving his life and helping his family to be much less stressed economically,” says WK. 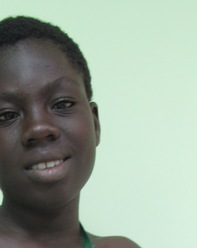 "A surgery will bring her back to life and will open so many doors for this young child," says Dora's schoolteacher. 14-year-old Dora is a stellar young woman and student from Ghana. "Dora loves to play sports and is passionate about becoming a doctor or nurse," says our medical partner, Ortho FOCOS. "She is a brilliant student and is always amongst the top of her class." For several years, Dora has lived with scoliosis- a sideways curvature of the spine that leads to pain and difficulty with walking. Dora is often teased by her peers when she cannot participate in activities such as sports. The FOCOS Patient A Fund has contributed $16,500 for Dora's surgery, which will correct her spine and eliminate all symptoms. However, an additional $1500 is needed to cover the full cost. Dora's family is not in the position to pay the additional funds. "Her father sells secondhand clothes and her mother is a petty trader," says Ortho FOCOS. "The whole family lives in a single room in a suburb of Ghana." Dora's teacher introduced her to our medical partner, and now there is hope for her full recovery. Let's help make it possible! 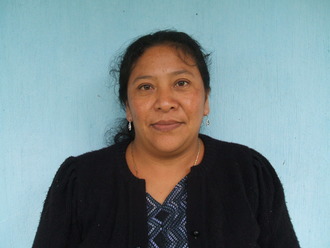 “Manuela thanks all the Watsi donors for caring about her and other patients like her. She says her desire is to ‘be well so that I can not worry and so that I can take care of my kids,’” shares our medical partner, Wuqu’ Kawoq (WK). Manuela is a 39-year-old mother from Guatemala. She has a painful breast mass which causes constant discomfort. The breast mass needs to be surgically removed both to relieve the pain and also so any developing breast cancer can be ruled out. “Manuela has relatives that have had breast cancer, so this is obviously the thing that has her most frightened,” says WK. Together we can raise $310 for the mass removal. “Removal of the mass will cure the pain and discomfort and it will allow us to exclude the possibility of a breast cancer,” explains WK. Let’s support Manuela in her journey to health! 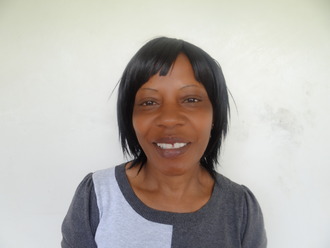 Margaret is a hard working, 49-year-old mother from Kenya. Margaret and her husband sustain their family by working casual jobs when they can find them, but it has been difficult. Margaret has also been living with multiple uterine fibroids, which cause her heavy bleeding and constant abdominal pain. “During the period I started experiencing this condition, I had been planning to start my small business to support my family," says Margaret. If left untreated, Margaret's fibroids will continue to grow and cause more bleeding, which could ultimately lead to anemia. For $790, Margaret can have a total abdominal hysterectomy that will relieve her pain, stop the bleeding, and allow Margaret to focus on taking care of her family. "I hope that Watsi will assist me so that I can receive treatment, get well and achieve my dream," Margaret says, filled with hope. Let's make it happen for her. 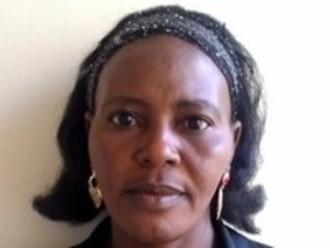 Marie Marthe is a 47-year-old from Haiti. She works as a small farmer to support her three children. Four years ago, when she gave birth, she noticed that she had a bump on her breast. She felt headaches, loss of appetite, insomnia, and pain while lifting things. When she went to the hospital, Marie Marthe was told that she has breast cancer. She says that she cried a lot and felt hopeless, but has since received support from friends who tell her to stay strong. Since the onset of the symptoms she hasn't been able to work as strongly. For $1,500, Marie Marthe can get the surgery and chemotherapy required to treat this condition. Let's help Marie Marthe get this treatment done so she can return to her life and her family!