Walker joined Watsi on March 12th, 2013. 1,772 other people also joined Watsi on that day! Walker's most recent donation traveled 8,700 miles to support Lilian, a baby girl from Tanzania, so she can walk normally when she grows up.

Walker has funded healthcare for 56 patients in 11 countries. 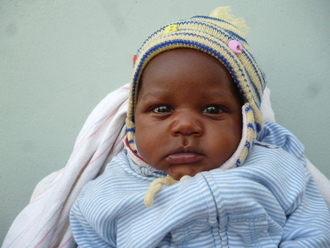 Lilian is a one-month-old baby girl from Tanzania. She is the first child to her subsistence farmer parents. When Lilian was born with a club foot, her parents were at a loss with where to find treatment for the condition. They asked around and were referred to the Plaster House, a Watsi partner center, by a relative's neighbor whose child had been previously treated there for a club foot. $1,160 will cover the costs of the surgery and care to correct Lilian's club foot. Let's help raise the funds! Lilian's mother says, "I would like my daughter to be able to walk normally when she grows up and to wear normal shoes." 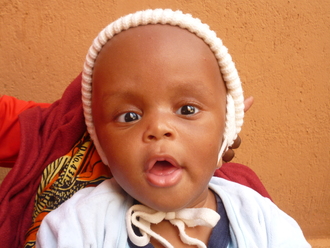 Malik was born in Tanzania on April 11, 2016. He is the first child to his parents. When Malik was born, a large part of his head was softer than usual. Malik’s mother thought with time it might become normal, but when her son turned a month old, the size of his head slowly started to increase. She took him to the hospital and she was referred to another hospital, where he was diagnosed with hydrocephalus, or an accumulation of cerebrospinal fluid in the brain. Lack of money to travel for further management of hydrocephalus forced Malik’s parents to just stay at home. They eventually heard of the Plaster House, a Watsi partner, though word of mouth. That was when they decided to bring their son for treatment. Malik’s vision is already blurred, but he feeds well. He still has no trunk control due to the size of his head. Malik needs surgery to prevent further brain damage, but his parents are unable to afford the high cost. Malik’s mother is currently not working at all due to Malik's condition. His father runs a small business of selling vegetables and fruits. They are all living at Malik’s parents’ house also getting some support from their parents. The little that they earn is not enough to cover the cost of surgery which Malik badly needs. “I just wish my baby will get well and grow up like other children,” said Malik’s mother. 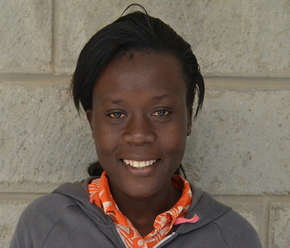 Belynder is a young mother of three children aged between ten and five years, who are in school. She is a tailor in her village where she earns a living and supplements her husband’s income. Her husband is a teacher, but has not been employed permanently. Belynder and her family live in a two-roomed house made of iron sheet. Belynder experienced bleeding after delivering her second child in 2009, but she did not receive a clear diagnosis. The situation returned to normal. However, in March of 2016, she complained of pain and quick fatigue. She had an ultrasound done and was diagnosed with endometrial cysts. However, Belynder and her family are not able to raise the $800 needed for the hysterectomy and care she needs. Belynder shared: “I want to be treated to continue providing for my children and my husband." 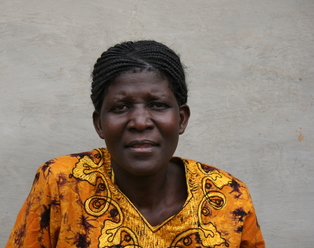 Pamela is a 40-year-old woman who is a mother to three children and a second wife to her husband. Her eldest son, who supports the family, is married and works at a construction site as a casual laborer. Her other children are in school where their fees are paid through government scholarships. Pamela started experiencing pain and excessive bleeding last year April. She was given some pain management drugs after visiting the hospital. However, the bleeding continued. She had some tests done and was told she had cervical cancer. To remove the cancer and stop it from spreading, Pamela needs a total abdominal hysterectomy (surgery to remove her uterus and cervix through the abdomen). If Pamela does not undergo this surgery, the cancer will likely spread and it may lead to premature death. However, she cannot afford treatment and so needs our help to raise the necessary funds. Pamela says, “I want to be well and continue working for a living." 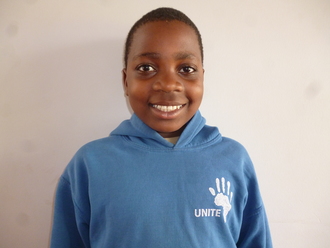 Ally is a thirteen-year-old boy and the youngest of eleven children to his parents, who are small scale farmers in Dodoma, Tanzania. Ally was burnt in a cooking fire when he was very small - he cannot recollect what age he was exactly. Ally's parents have not sought out treatment for him previously because they have been fearful of the cost. Ally's elbow, hand, wrist, and fingers have all been affected by the burns he suffered. He is only in the first class at school because of limited arm and hand function. Ally was identified through the Plaster House (a Watsi partner center) outreach program and referred to Arusha for care of his burnt arm and hand. Ally needs surgery to have contracture (skin tightening) release and skin grafts. This surgery and subsequent rehabilitation will return a lot of functional movement to his arm and hand. Ally shared, "When I grow up I would like to be a teacher of nursery school, I am happy that I will be able to use my arm." 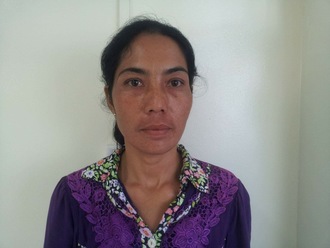 Sroeun is a 39-year-old woman from Cambodia who is married with two daughters and three sons. She likes to cook and take care of her kids at home. In her free time, Sroeun likes to help her husband on their farm. Sroeun developed an ear infection on both sides when she was ten-years-old. This caused both sides of the tympanic membrane (eardrum) to perforate. She experiences recurrent ear discharge, hearing loss, and pain in both ears. Sroeun previously went to a private clinic for treatment, but her symptoms did not improve. Through her brother, Sroeun heard about Watsi's medical partner, the Children's Surgical Centre (CSC). She traveled for three hours with her daughter to reach CSC for treatment. To close the perforations, surgeons will first perform a myringoplasty on the left side. Then, after 6 weeks, they will perform the same surgery on the right side. The surgery will treat the infection and heal the perforated eardrums. This will also allow the pain and discharge to stop and her hearing to improve over time. For $831, Sroen will receive the treatment and case she needs to improve her hearing. 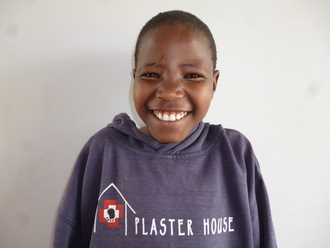 Lazaro is an eleven-year-old boy who was burnt when he was younger. He was running and knocked a log from the fire and disturbed the pot that was cooking on it. It spilled and burnt his left hand and leg. Lazaro cannot walk very far due to a contracture (skin tightening) behind his knee caused by his burns. He lives with his grandmother so that he can be closer to school, where he is in the nursery class. His parent never sought treatment for Lazaro because they were afraid of the costs. Lazaro now requires surgery to release the contractures on his hand and behind his knee. This will greatly improve his hand and knee function and he might even be able to move back home to live with his parents and other siblings. Lazaro shared, "When I grow up I would like to be able to own my own animals, be a good farmer and to have a wife! I am grateful to be getting surgery to help this." 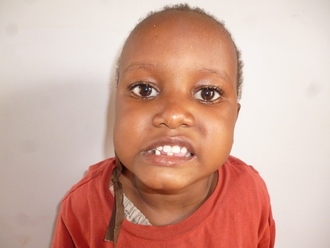 Four-year-old Pilaso is the youngest of her mother's four children, and lives with her father's boma (group of huts) in Tanzania. She is a sweet child with a ready smile. Pilaso has started at a nearby nursery school and loves going there with her friends. Pilaso sustained burns in 2015 when her clothes caught fire from the cooking fire in the hut. She was taken to the district hospital where she received basic care and dressing changes, but was left with contractures around her groin that inhibit her ability to walk. $870 will cover the cost of surgery to release the contractures and repair the affected areas with skin grafts. This treatment will increase Pilaso's functional independence and mobility. Pilaso shares, "I want to be able to walk normally with my friends." 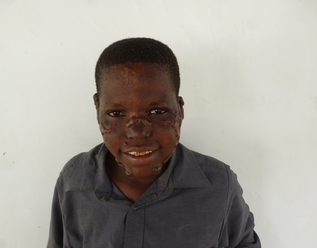 Wilifred is a sixteen-year-old boy, and the second of five children to his pastoralist parents. In 2015, he was caught in a house fire with his mother. He sustained serious burns and was treated at a basic level hospital, where they did some dressing changes, but no scar or contracture management. Contractures occur when skin is burned and the surrounding skin begins to pull together. Wilifred has residual contractures and keloids (raised scars) all over his body, but the worst of them is on his hands. As a result, his hands are not functional. He requires multiple surgeries on his burn contractures, consisting of contracture release and skin grafts. Especially after having to rebuild their lives following the terrible house fire, Wilifred's parents are not able to afford the treatment for his hands. $870 will cover the costs of the care Wilifred needs. Let's help them raise the funds! Wilifred shared, "I would like to go to school and help my parents with chores. I would like to make new friends and learn a lot." 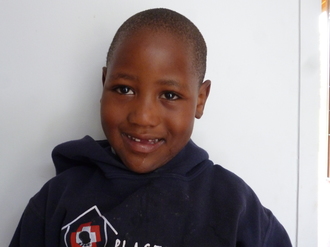 Nurdin is a four-year-old boy who lives with his parents in Tanzania. He is the youngest of three children, and likes to spend time with his mother more than anything else. Nurdin has not yet started kindergarten, as his mother wants his hand to be treated first. Nurdin has suffered burns to his hand. As a result, he has contractures (skin tightening) causing him to be unable to straighten his fingers. Through Watsi, Nurdin was successfully treated through surgery, but unfortunately due to the conditions of his home the contractures have returned. He now requires another surgery to have his fingers straightened, followed by a period of rehabilitation and splinting. For $870, Nurdin will undergo the contracture release and skin graft surgery he needs to use his hand again. Nurdin's mother shared, "I will endeavor to follow the instructions very carefully and so the problem does not come back." 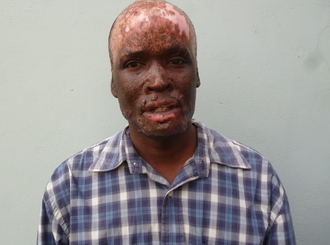 Joram is a 38-year-old man who was in the wrong place at the wrong time. He was drinking a soda in a roadside cafe when the owner of the cafe was lighting a stove. The stove caught petrol fumes and blew up. Joram was lucky to survive, and was treated at a local hospital. His wounds have healed, but he remains with contractures (skin tightening) on the backs of his hands. These contractures have restricted his movement. He cannot straighten or bend his wrists and fingers, resulting in limited hand function. Joram has moved away from his home and lives with his uncle to be closer to medical treatment. Joram went to technical school after completing his primary education to be a carpenter. He is not working at the moment because of his debilitated hands. For $870, Joram will undergo contracture release and skin graft surgery. This will greatly improve his hand mobility and function, and allow him to return to work. "I would like to have my hands fixed so that I might work again," shared Joram. 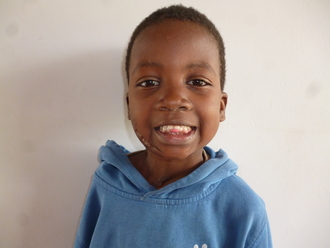 Jeremia is a six-year-old boy from Kiteto, and a large Maasai homestead (boma). His father has five wives, and Jeremia is his mother's sixth child. Through Watsi, Jeremia was treated in February 2016 for burn scar contracture (skin tightening) releases of his right axilla (underarm) and right hand. It was a huge release and Jeremia does have some increased function from the surgery. However, he still has an unstable scar in his axilla and some contractures on his hand. Jeremia needs additional surgery on these to open up the joints to increase his function and healing in the area of unstable scaring. $870 will cover the costs of the contracture release and skin graft surgery and care Jeremia needs. Jeremia's father shared, "I am excited for him to be able to use his arm properly and herd the goats!"