Joe has funded healthcare for 5 patients in 5 countries. 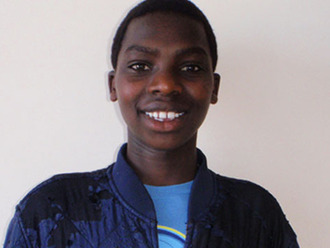 Topiwo is a 17-year-old boy who lives with his mother, father, and siblings in Tanzania. Topiwo is hardworking and energetic but has difficulty walking due to a condition called bilateral genu valgus, commonly known as "knock knees." This condition increases Topiwo's risk of early osteoarthritis and can only be corrected by surgery. Topiwo loves animals and enjoys looking after his father's cattle. Although Topiwo has only completed primary school, he dreams of continuing his education so that he can become a veterinarian. Topiwo's parents are subsistence farmers and must spend their earnings on supporting their family. For $500, we can fund Topiwo's operation and enable him to walk normally and live a healthy life. 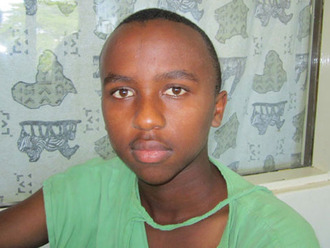 This is Amon's second time on Watsi. His first surgery didn't go as planned, so we're hoping to fund his second chance at health. Amon is a 17-year-old boy from Kenya who does well in school and hopes to become a policeman. He's been diagnosed with [cerebral arteriovenus malformation (AVM)](http://www.mayoclinic.com/health/brain-avm/DS01126), a disorder caused by an abnormal cluster of veins in his brain. Amon suffers from severe headaches, dizziness, incoordination, and is at risk of sudden death if his AVM hemorrhages (bleeds into his brain). Last month, Watsi donors [funded surgery](https://watsi.org/profile/7c2ddbf717e5-amon) to remove Amon's AVM. Unfortunately, when Amon's doctors began operating, they realized that his AVM is much larger and more complex than they originally thought. Now, Amon needs a second surgery. His doctors warn that his case is extremely difficult. But they say that if he doesn't have surgery, it's only a matter of time before his condition "will cause his death." When Amon's father found out that Watsi donors were going to have the opportunity to fund his son's treatment again, he said he was "speechless that people who have never met me and my son would carry our burden in their hearts." Let's show Amon and his family that they're not in this alone. 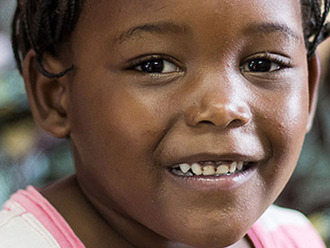 Exildah is a 3-year-old girl from Zambia who was born with a condition that makes her legs grow sharply inward. Commonly referred to as “knock knees,” Exildah’s situation is so extreme that it can only be treated with surgery. Without treatment, Exildah will never be able to walk normally. Exildah’s grandmother is her biggest advocate. She has taken her granddaughter from doctor to doctor to try and find someone who could help, but was repeatedly told that there was nothing that could be done. She refused to give up as she continued to watch Exildah struggle to remain balanced when standing, let alone when walking, and she pushed forward with seeking treatment. Fortunately, Exildah’s grandmother was finally referred to CURE’s facility in Zambia, where surgeons are confident they can treat Exildah’s case. It will cost $1000 to perform the surgery she needs, as well as provide her with the appropriate follow up work. Exildah’s family wants her to get treatment and live a normal life, but they live in one of the poorest regions of the entire world. Paying for her care out-of-pocket is absolutely impossible. We need to cover the cost of her surgery and give her a chance at a happy and healthy life. 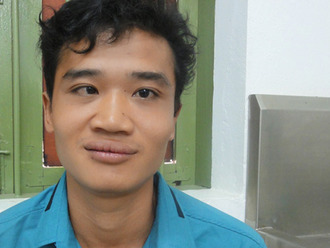 Vin is a 26-year-old guy from Cambodia with bilateral esotropia, a condition that causes his eyes to face inward and makes it difficult for him to see clearly. Vin is embarrassed about his condition, and says it has made it nearly impossible for him to find a job. As a result, he's had to resort to working on his grandmother's potato farm, but he doesn't make enough money to support himself. He desperately wants a new job, and he thinks that if his condition is corrected, he'll have a shot at landing one. In fact, he's already identified a garment factory near his house that he plans to apply to if his eye condition is corrected successfully. For $250 CSC can provide Vin surgery that will correct his estropia and give him a real shot at landing a better job and starting a new life for himself. We're rooting for you Vin! 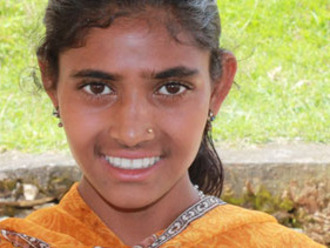 Janaki is a 14-year-old girl from Nepal with a hearing condition called chronic suppurative otitis media. She has suffered from this condition since she was two and a half years old. She cannot hear unless someone speaks very close to her ear. Without treatment, Janaki’s condition will likely get worse. Janaki lives with her parents and her three older brothers. She loves school but has struggled to keep up because she can’t hear what her teachers are saying. She finally quit her studies last month because of her condition. Janaki stays home most days to help with household chores because her friends make fun of her. She likes to study every subject and told her doctors that she will go back to school if she can get her hearing problem fixed. Fortunately, Janaki’s doctors identified her as a good candidate for a mastiodectomy. They tell us that this procedure will prevent any futher complications of her condition and improve her hearing enough for her to continue her education. Let’s make it happen for her!