gastao has funded healthcare for 7 patients in 6 countries. 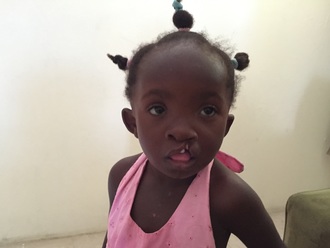 Three-year-old Kemlie "is a playful child and likes to wear frilly dresses and to dance," says our medical partner, Haiti Cardiac Alliance (HCA). She is a playful girl from northern Haiti who is the first child of her hard-working parents. Her father drives a bus and her mother used to work in the market until Kemlie’s medical needs came to demand more of her attention. "Kemlie was born with a cardiac condition called ventricular septal defect, in which a hole exists between the two lower chambers of her heart. Blood leaks through this hole without first passing through the lungs to obtain oxygen, leaving her sickly and weak," HCA explains. For $1,500, we can help fund the cardiac surgery needed to fix the defect in Kemlie’s heart. Her treatment has already received a $5,000 subsidy from the International Children’s Heart Foundation. This surgery will involve closing the defect using a patch of fabric or a piece of the pericardium (the lining on the outside of the heart). Without this surgery, Kelmie may have trouble growing at a normal rate and may experience higher pressure in the blood vessels that might cause permanent damage. Let's help Kemlie grow up without heart complications. 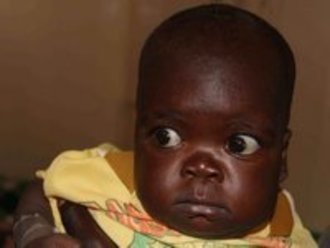 Miriam is the newest child in a large and loving family, but she is already facing a very adult battle. Miriam was born with an exposed mass on the lower part of her back, part of a condition called spina bifida. The mass reduces blood supply to her spinal nerves, and causes damage to her spinal cord. Doctors say that if Miriam is not treated, she may develop a curved spine (scoliosis) and incontinence. She is also at increased risk of infection. For $980, Miriam will receive surgery to close the mass on her back. She will be at much lower risk of infection and nerve damage. “I pray that Miriam will get well soon and be able to grow up like her siblings,” her mother says. Let's help Miriam get treatment and fulfill her mother's wishes! 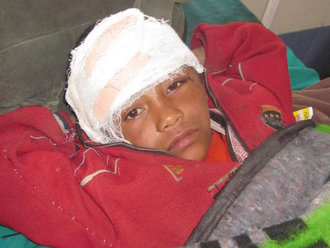 Debendra is a hardworking and caring 11-year-old boy from Nepal. He takes on a lot of responsibility in his household as his father is usually gone, working in India, and he is the eldest of his five siblings. He works in the family's field and sells their cow's milk. Debendra told our medical partners at Nyaya Health that "he really loves his mother" and "he wants to complete his studies and get a good job, so that his mother may not have to toil so hard for a living." Recently, Debendra fell down from a tree and fractured his leg. If left untreated, the fracture will affect his daily activities like walking and also impair growth of his leg. Let's help fund his $1040 corrective treatment so this well-deserving boy can continue helping his mother. 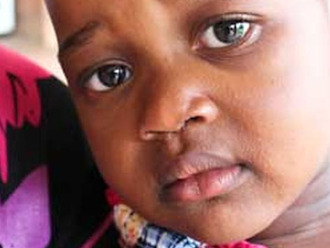 Pemphero is a sweet girl whose parents want her to live a normal, healthy life. She is at the age where she is beginning to want to walk and run, but a medical condition threatens to prevent her from being able to live an active life. Pemphero was born with bowed legs, a condition which causes her legs to turn inward and makes it difficult for her to walk. Her parents are worried that without treatment, Pemphero will miss out on opportunities that her peers will have in school, work, and adult life. Pemphero lives in Malawi, where 74% of people live on less than $1.25 a day. CURE International can perform surgery to treat her condition, but her parents cannot afford to pay for her care. We hope to raise the $1000 needed to cover the cost of Pemphero’s treatment and enable her to live a happy, active life. 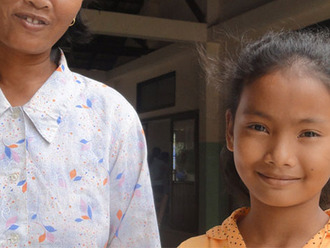 Srey Nory is in the sixth grade and one of the top 10 students in her class. She told her doctors that her dream is to be a doctor like them one day. Srey Nory is the youngest of four children, and in her free time she likes to play with her siblings. Unfortunately, Srey Nory was born with a medical condition that could prevent her from realizing her dreams. She has syndactyly, a condition that causes three of her fingers to be fused together on her right hand. Because of her condition, Srey Nory has trouble writing and doing simple tasks. Without treatment, it will be difficult for Srey Nory to keep up in school, despite her intelligence and motivation. Srey Nory comes from a part of Cambodia where the average person makes around $2 a day. Her parents want their daughter to get the care she needs, but they simply cannot afford it. We need to raise the $350 needed to completely cover the cost of Srey Nory’s care at Children’s Surgical Centre. With surgery and skin grafting, doctors at CSC believe they can give Srey Nory improved use of her hand and a shot at the successful, happy life she deserves. 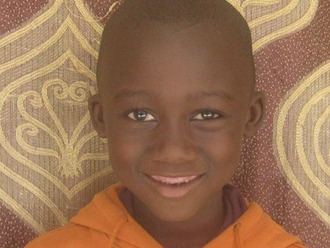 Mohamed is a little boy with big dreams. He is a math lover and soccer player, and at the young age of 7 he has already declared he wants to be a doctor when he grows up. Mohamed has an abscess in his liver and the infection is making him increasingly sick. First, Mohamed lost his appetite. Then, he began losing weight. After that, he became too weak to attend school. Now, Mohamed is so weak he cannot walk. Doctors at Project Muso tell us that, "without treatment, his life is in danger." Mohamed comes from Mali, one of the 25 poorest countries in the world. His father works as a community organizer and earns a modest income. It's enough to feed his family, but not enough to pay for Mohamed's medical care. We need to raise the $515 Mohamed needs to have his abscess drained, monitored, and medicated. With treatment, Mohamed's doctors say he can "return to school and a healthy, normal life." Note: Mali is currently embroiled in [serious civil conflict](http://www.nytimes.com/2013/02/11/world/africa/militants-battle-malian-and-french-troops-in-liberated-town.html?ref=mali&gwh=F11709FE56DDA38DF7683285C5ABC0E0). This may impact the rate at which we can provide updates on this patient, so please bear with us. 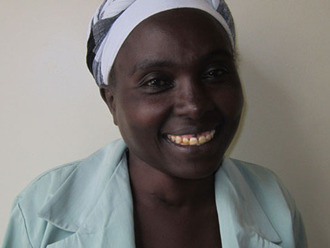 Mary is mother to three wonderful children. Two years ago, Mary’s husband forced their oldest daughter to leave school and get married so he could get a "bride price" from the family of the groom. He proceeded to squander the money on alcohol, and a few months later when he tried to do the same thing with their second daughter, Mary took the children and left. Mary initially had no source of income, but she was able to find odd jobs to support her family. Then, she was diagnosed with cervical dysplasia. Doctors at African Mission Healthcare Foundation tell us that without treatment, there is a high chance that Mary's condition could “eventually progress to full blown cancer.” They can operate to remove the damaged part of Mary’s cervix, but the surgery costs $300 - probably more than Mary makes in 6 months. We need to raise $300 to cover the cost of Mary's surgery. Mary's doctors believe that with treatment, she can avoid cancer. We believe that like every mother, Mary deserves to live a long, healthy life and to see her children grow up and thrive.