Kevin joined Watsi on May 13th, 2014. 16 other people also joined Watsi on that day! Kevin's most recent donation traveled 7,400 miles to support Rida, a girl from Cambodia, to fund spinal surgery.

Kevin has funded healthcare for 37 patients in 10 countries. 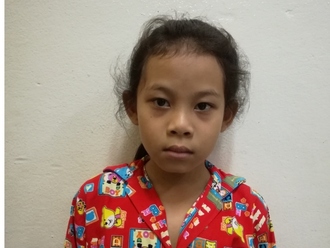 Rida is a girl from Cambodia. She has one brother and one sister. She likes to play with friends, watch TV, and go for walks with her family. She wants to be a banker when she grows up. Rida was born with scoliosis, which is progressing with age, making it difficult to sit in school for long periods, and causing a lot of discomfort. Surgery can help correct the position of her spine, and prevent further worsening of the condition. Spinal surgery is scheduled for January 21 and will cost $1,500. Her mother says, "I hope my daughter feels better after the operation and does not have any more difficulty sleeping." 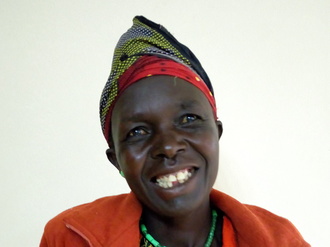 Salastin is a greengrocer from Kenya. She is a mother of four. In early December, Salastin fell and injured her right leg. She is unable to stand or walk using her right leg. Fortunately, surgeons at our medical partner can help. On December 20, Salastin will undergo a fracture repair procedure, called an open reduction and internal fixation. This procedure will help her walk easily again. Now, our medical partner, African Mission Healthcare Foundation, is requesting $968 to fund this procedure. Salastin says, “I have come from far and still have a long way to go for my kids. I am still pressing on and fighting for them. I hope I will be well soon.” 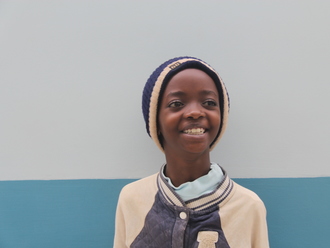 Nancy is a girl from Kenya. She is an only child. Three months ago, Nancy began complaining of persistent headaches and weakness in her left limbs. At school, her teachers noticed a decline in her performance. Her vision became blurry, and her left ear developed an ache. She could no longer walk without support and even lost her appetite. Her young mother was very worried and took her to a referral hospital, where a CT scan was performed. Nancy was diagnosed with a brain tumor. If not treated, Nancy at risk of paralysis, persistent headaches, or brain damage. Fortunately, she is scheduled to undergo a craniotomy to treat the tumor on November 21. Her family needs help raising $1,500 to fund this procedure. “I really look forward to seeing my daughter functioning well once more,” says Nancy’s mother. 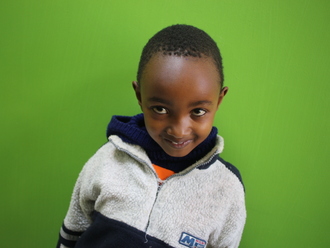 Elizabeth is a young student from Kenya. Her mother is a casual laborer, and her father is a farmer. Elizabeth has clubfoot of her left foot. Clubfoot is a condition in which the foot is twisted out of shape. This causes difficulty walking and even wearing shoes. Fortunately, Elizabeth traveled to visit our medical partner's care center, AIC Cure International Hospital. There, surgeons will perform clubfoot repair surgery on October 15. Our medical partner, African Mission Healthcare Foundation, is requesting $1,224 to fund Elizabeth's clubfoot repair. After treatment, she will be able to walk easliy. “My desire is to see my daughter walk like other children. I am kindly requesting for help. God bless you,” Elizabeth mother says. 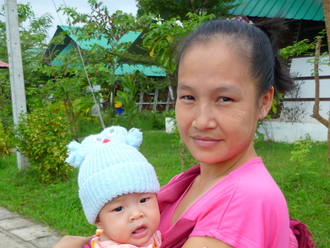 Sweet is a four-month old baby girl from Burma. She lives with her parents, grandparents, uncle, and two aunts. They live on a family farm. Sweet was born at home with the assistance of a traditional birthing assistant. Shortly after birth, Sweet’s mother noticed that she had a mass near her tailbone. At ten days old, Sweet was taken to Mae Tha Rain Clinic. The medic prescribed a medication and they stayed in the clinic for one month for monitoring. Sweet is able to sleep and eat well, but the mass is growing at a steady rate. Sweet experiences no pain related with her condition but the mass is increasing in size, and it makes Sweet's parent worry. Sweet's family sought treatment through our medical partner, Burma Children Medical Fund. She is now scheduled to undergo mass removal surgery on September 18. The family is requesting $1,500 to cover the total cost of her procedure and care. Her mother says, "I am worried to see my daughter's mass is increasing in size but I am also happy that she will receive surgery soon. I am excited and looking forward to see she will be cured and become healthy after the surgery." 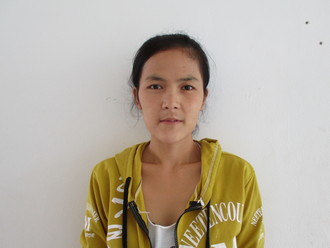 Tal Tal is woman from Thailand. She lives with her family in Mae La refugee camp. When Tal Tal was 13 years old, she was sick for a long time, and her mother brought her to a hospital. The doctor checked her heart and diagnosed her with congenital heart disease. She left her condition untreated until she was pregnant last year. A medic in Mae La camp took an X-ray and was worried that she might not be able to carry the pregnancy through. The medic referred her to Mae Sot Hospital (MSH), our medical partner's care center. At MSH, Tal Tal received blood and urine tests, an echocardiogram, and oral medications for her heart condition. The doctor diagnosed her with atrial septal defect and told her that she should seek surgical treatment soon after giving birth. Recently, she delivered her baby safely at Mae La camp hospital. Now, she is scheduled for heart surgery on August 2. She needs help raising $1,500. She says, “I feel stressed about this condition. Even though I have brothers and sisters, but they are unable to support my parents. And because of my condition now, I feel sad that I cannot support my parents too.” 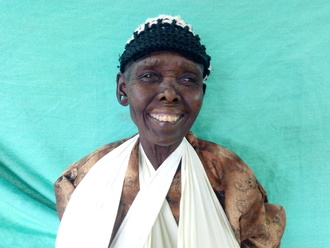 Teriki is a grandmother from Kenya. She is a mother of four. Currently, Teriki and her husband are living in their son’s home. Her son is a farmer who plants maize in order to support his parents and his children, who are still in school. In June, Teriki sustained injuries on her right arm, forearm, and scalp. She is in chronic pain and is not able to use her left hand. Fortunately, surgeons at our medical partner can help. On July 19, Teriki will undergo a fracture repair procedure, called an open reduction and internal fixation. This procedure will help her heal and be able to use her hand again. Now, our medical partner, African Mission Healthcare Foundation, is requesting $771 to fund this procedure. “I am in a lot of pain, please help me,” Teriki says. 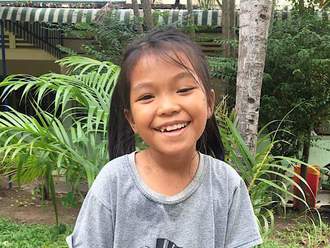 Sok is a girl from Cambodia. She has two sisters and two brothers. She enjoys reading and eating fruit. After school, she likes to play with her neighbors outside and sing. Sok was born with scoliosis, which is progressing with age, making it difficult to sit in school for long periods, and causing a lot of discomfort. Surgery can help correct the position of her spine, and prevent further worsening of the condition. She needs to undergo a rod expansion to improve her posture and get rid of her back pain. Surgery is scheduled for June 12 at our medical partner's care center. Now, her family needs help raising $1,500. She says, "I hope my back doesn't hurt so much after surgery and I can return to school." 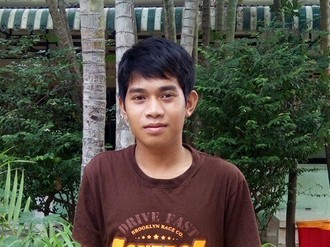 Samnang is a construction worker. He has three sisters and one brother. He enjoys listening to pop music, watching TV, and playing football with his coworkers. In October 2017, he was in a motor vehicle accident, during which he fractured his clavicle and wrist and sustained a brachial plexus injury to his right arm and shoulder. He was treated for his fractures at a Thai hospital and then was sent home to recover. He went to a clinic in Battambang for physical therapy, and was referred to come to our medical partner for more treatment. He is unable to move his right shoulder, elbow, and arm. He is in chronic pain and needs a nerve and tendon procedure to help him regain mobility in his arm. Fortunately, surgery is scheduled for April 5. Now, he needs help to fund this $497 procedure. He says, "After surgery I hope I can use my right arm normally again and have no more pain." 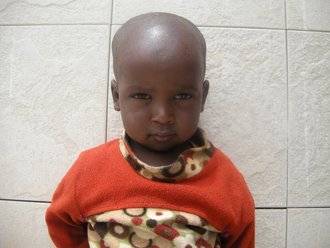 Edoso is a baby from Ethiopia. He is a smiley toddler who loves to play and laugh with his mother. His father passed away a year ago, leaving his mother with six children. Edoso's mother rented out their small farm and is barely able to meet the needs of her family. Edoso was born with an anorectal malformation, a congenital abnormality that leads to a complete or partial intestinal blockage. He needs to undergo a series of procedures to eliminate bowel dysfunction. Edoso is scheduled to undergo surgery to correct his condition on April 10. Our medical partner, African Mission Healthcare Foundation, is requesting $1,500 to cover the total cost of Edoso's procedure and care. After his recovery, Edoso will no longer experience bowel dysfunction or be at risk of developing health complications in the future. Edoso’s mother says, “I was a house wife. When I lost my husband, life got difficult because he was the one who supported the family. Now I am struggling with the financial needs of my family. I am trying to raise my children with the limited money I get from my rented land." 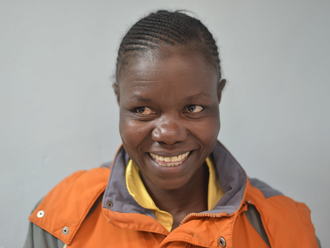 Mary is a milk vendor from Kenya. She is a mother of four. The family lives in their ancestral home in Kitale, Western Kenya. Mary has been diagnosed with breast cancer. Without treatment, the cancer may spread to other organs. A mastectomy, a surgery to remove breast tissue, has been suggested to rid her body of breast cancer and to prevent the cancer from metastasizing. Our medical partner, African Mission Healthcare Foundation, is requesting $816 to cover the cost of a mastectomy for Mary. The procedure is scheduled to take place on March 26. After treatment, Mary will hopefully return to a cancer-free life. Mary says, “I am confident that soon I will be treated and heal. I want to be there for my children." 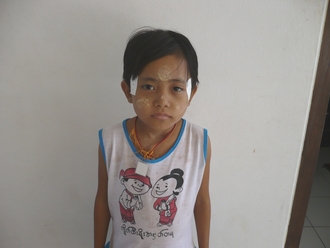 Htar is an eight-year-old girl who has a blood disorder called thalassemia. Due to her poor health, she has had to drop out of school. She lives with her parents, an older brother, and a younger sister in Hpa-An, Karen State, Burma. Her parents and oldest brother work as subsistence farmers on their rice field, while her sister goes to school. Up until she was six years old, Htar did not show any symptoms of having thalassemia. Gradually, she grew pale, was constantly tired, and developed a stomachache. When her mother noticed her symptoms, she brought her to a clinic in Hpa-An, where she was given blood transfusions twice a month without any explanation about her diagnosis. Htar mother finally took Htar to Mae Tao Clinic, our medical partner's care center, where she was referred to Mae Sot Hospital and the doctor informed the family that Htar would require surgery for her condition. If not, she might need blood transfusions very often, and her condition would not improve. She is scheduled to undergo a splenectomy on February 23 at our medical partner's care center. Now, the family needs help raising $1,500 to pay for surgery.