Ben has funded healthcare for 53 patients in 10 countries. 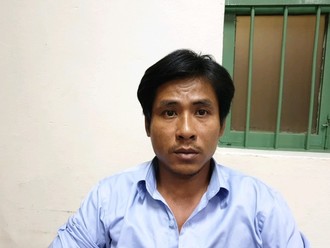 Kheang has one son, and enjoys playing soccer, feeding the animals, helping cook food, and listening to the radio. Six days ago, Kheang fell four meters off the roof of his house and fractured his lower spine. He has lost sensation of his lower limbs and he is now unable to take care of himself on his own. Surgery will help to fuse his fractured spinal vertebrae into place, securing the bones and allowing them to heal together. Surgery will give him the chance to return to his normal activities again without difficulty. He shared, "I hope that I will be able to walk again and work the same as before." 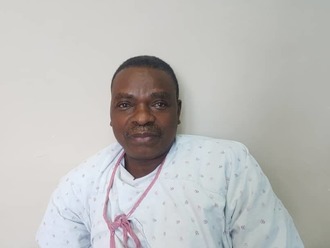 Amri is an elderly man who operates a small shop to earn a living. In the 80s, he was injured at a football match on his left knee. He was treated and able to walk with ease three months later. However, as years progressed, the knee became painful making it hard for him to walk. Over the years, the pain has been persistent. He has tried different ointments which relieves pain temporarily. He came to our facility and upon review, he had surgery recommended. He managed to get medical insurance. Unfortunately, the card does not cover the full cost of surgery. With successful surgery, Amri will be able to walk with ease. Amri relies on his small business to meet daily needs. His children have assisted him to get medical coverage but are not able to raise the remaining funds. He appeals for help. Fortunately, Amri learned about our medical partner, African Mission Healthcare Foundation (AMHF). At AMHF's care center, surgeons can perform a total knee replacement to relieve Amri of his pain and allow him to walk easily. Treatment is scheduled for December 10th, and Amri needs help raising $822 to pay for this procedure. Amri says, “I am unable to come up with all the surgery cost. Please help me so that I can have my knee corrected and walk again.” 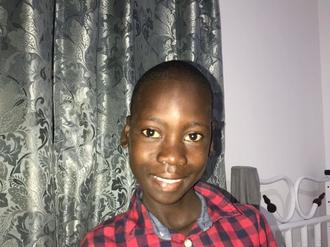 Jean has a cardiac condition called ventricular septal defect and pulmonary hypertension. A hole exists between the two lower chambers of his heart; blood leaks through this hole without passing through his lungs to obtain oxygen, leaving him weak and short of breath. Earlier this year, he underwent a procedure called a cardiac catheterization to confirm that his condition can be repaired, and now he is ready to have surgery. Jean lives with his parents and two siblings in a mountain village in northern Haiti; his parents are both farmers. He is in the fourth grade and enjoys going to school. Jean's mother said, "I am very happy that after many years of hoping and praying, Jean can finally have this operation!" 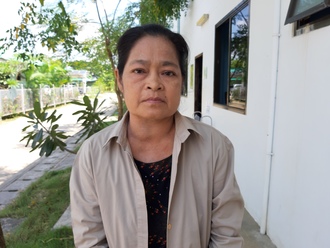 Mee is a 53-years-old woman who lives with her husband and two daughters who are studying in grade nine and six at a local high school. Mee’s husband is a carpenter and she is a homemaker. Their income is not enough to cover their expenses. About ten years ago, Mee had joint pain and swollen knees. She went to Mae Tao Clinic (MTC) where she received blood test and vital signs. The results showed Mee has hypertension as well as arthritis. She also found out that she has a goiter related problem. She received one month worth of medication for all three conditions. Since then, Mee went back to MTC every month for follow-up appointment and to received medication. After three years of taking medication, Mee was told that she does not need to take medication for goiter anymore. Up until now, Mee has been going back to the same clinic for regular medication for her goiter. Meanwhile, Mee feels like her goiter has grown bigger. One day, she happened to meet a health worker in her village who told her to go and seek treatment at MTC. So Mee, along with her friend, went to MTC. From there, she was told to go to Mae Sot Hospital (MSH) for further investigation. Mee then went to MSH the following day and she received blood tests and an ultrasound. With the results, the doctor confirmed Mee has a goiter. He said Mee needs to undergo surgery because oral medication or injection would not decrease the size of her goiter. Currently, Mee cannot sleep well but she can eat well. Sometimes, when she carries heavy things, she feels pain in her neck. 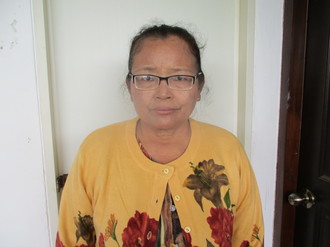 Khin is a 58-year-old Chin woman from Burma. She moved to Yangon one year ago when her health deteriorated. She lives with her sister, daughter and two grandnephews. In her free time she likes to read the Bible and pray to God. Sometimes she helps with household chores such as ironing her daughter and grandnephews cloths. Khin was diagnosed with a heart condition that involves a malformation of the mitral valve, the valve between the left atrium and left ventricle. This valve controls the flow of blood, but certain conditions may cause blood to flow backward or the valve to narrow. Currently, Khin feels tired, experiences heart palpitations and cannot walk long distances. However, she feels slightly better when she takes her medication. Our medical partner, Burma Children Medical Fund, is requesting $1,500 to fund a mitral valve replacement for Khin. The treatment is scheduled to take place on September 10 and, once completed, will hopefully allow her to live more comfortably. Khin said, “I don’t want to feel stressed and I stay happy even though I don’t have enough money to treat myself. I am happy that my family encourages me to be strong even though they can’t help me. When I recover fully I want to help and look after orphaned children from Chin." 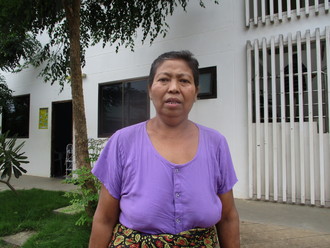 Than is a 57-year-old woman from Burma. She lives with her husband and her sister. Than was diagnosed with a heart condition that involves a malformation of the mitral valve, the valve between the left atrium and left ventricle. This valve controls the flow of blood, but certain conditions may cause blood to flow backward or the valve to narrow. Currently, Than has difficulty breathing and her heartbeat is fast. Our medical partner, Burma Children Medical Fund, is requesting $1,500 to fund a mitral valve replacement for Than. The treatment is scheduled to take place on August 12 and, once completed, will hopefully allow her to live more comfortably. 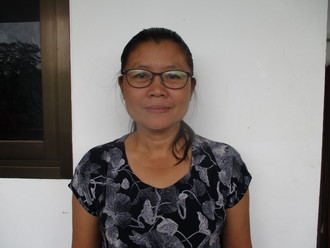 Thaw is a 44-year-old woman from Burma. She lives in Hpa-An, Karen State with her friends. She is a Christian missionary. Thaw has a mass in her uterus. She has been diagnosed with a myoma. She has been advised to undergo a total abdominal hysterectomy, the surgical removal of her uterus and cervix. If left untreated, Thaw's symptoms will continue to worsen and put her at risk for further health complications in the future. Fortunately, Thaw is scheduled to undergo her hysterectomy on July 1. Our medical partner, Burma Children Medical Fund, is requesting $1,500 to cover the total cost of her procedure and care. After surgery, Thaw will be able to return home and continue her work as a missionary. 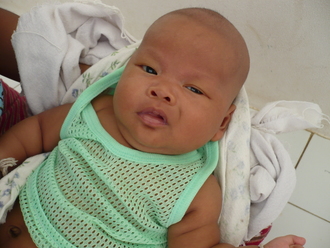 Si Thu is one-month-old baby boy from Thailand. He lives with his parents. Since last week, Si Thu has had an inguinal hernia. Fortunately, on June 12, he will undergo hernia repair surgery at Mae Sot General Hospital, our medical partner's care center. Our medical partner, Burma Children Medical Fund, is requesting $1,500 to fund Si Thu's hernia repair surgery. The procedure is scheduled to take place on June 12 and, once completed, will hopefully allow him to live more comfortably. Si Thu’s mother said, “In the past, there were no doctors and hospitals in my village. My mother lost her life on her way to the hospital to give birth to me. Because of this incident, I want my son to become a doctor when he grows up to save the life of mothers and save children from becoming orphans.” 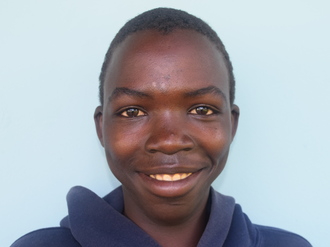 Muhabe is a young student from Tanzania. He was diagnosed with bilateral genu valgus. His legs bow inward so that his knees touch. This condition is typically caused by an excessive accumulation of fluoride in the bones, which often stems from contaminated drinking water. As a result, he is not able to walk for long distances without pain and discomfort. Our medical partner, African Mission Healthcare, is requesting $940 to fund corrective surgery for Muhabe. The procedure is scheduled to take place on May 16. Treatment will hopefully restore Muhabe's mobility, allow him to participate in a variety of activities, and greatly decrease his risk of future complications. Muhabe says, “I would like to become a doctor when I grow up so that I can help other people in need of medical care.” 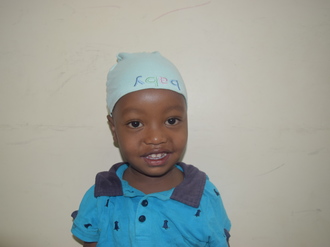 Ikram is a toddler from Tanzania. He is the only child to his single mother. Ikram was born with hypospadias, a congenital abnormality that causes urinary dysfunction. Without treatment, he will continue to experience uncomfortable symptoms and will be at risk of infertility. Fortunately, Ikram is scheduled to undergo corrective surgery on April 9. Our medical partner, African Mission Healthcare Foundation, is requesting $986 to cover the total cost of his procedure and care. Ikram’s mother says, “I have been concerned about my son’s condition for a long time but due to financial challenges I have not been able to help my son please help him.” 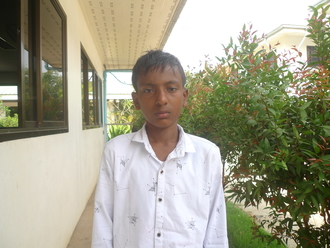 Zaw is a 15-year-old boy who lives with his mother and his 11-year-old brother in Burma. Both Zaw and his brother are students, but Zaw stopped attending when his health deteriorated. Zaw has been diagnosed with atrial septal defect, which means there is a hole in his heart. He needs to undergo heart surgery to treat his condition. Fortunately, surgery is scheduled for March 12. Now, his family needs help raising $1,500 to fund this procedure. 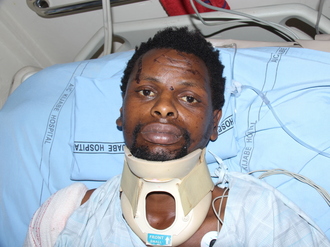 George is a young man from Kenya. He works as a mason. A few days ago, George was hit by a speeding vehicle. He sustained fractures on his legs. He is not able to walk and experiences chronic pain. Fortunately, surgeons at our medical partner can help. On February 15, George will undergo a fracture repair procedure, called an open reduction and internal fixation. He will be able to walk and work again. Now, our medical partner, African Mission Healthcare Foundation, is requesting $1,451 to fund this procedure. “I have nobody to seek help from. Please help us if you can,” says George.