nina has funded healthcare for 5 patients in 4 countries. 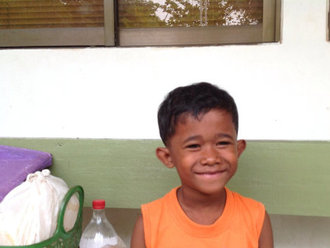 Sok Chea is a sweet and active eight-year-old boy from Cambodia. Back in April, he fell off his bicycle and dislocated his elbow. His parents couldn't afford to take him to a hospital to get proper care, and hoped his injury would heal on its own. Unfortunately, Sok Chea's elbow has not improved. His elbow pain prevents him doing simple tasks like chores around the house, eating comfortably and playing outside with his friends. For $300, Sok Chea will receive surgery to realign the bones in this elbow. Let's help raise this money so he can get better and keep that smile on his face all day long! 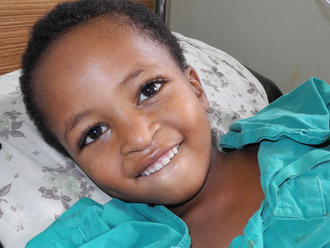 Samuel is a six-year-old Ethiopian boy who is suffering from a severe case of osteomyelitis, a condition that causes inflammation in bone marrow. Samuel's osteomyelitis is located in his right leg, and is bringing him intense pain and reduced mobility. A bone transplant that would give Samuel relief costs $1,495 – an amount that Samuel's father, a manual laborer recently forced to quit his job to care for his ailing son, can't field by himself. Once he's healthy, Samuel hopes to start school. Let's set Samuel down the path to recovery and give him a chance to pursue his schooling! 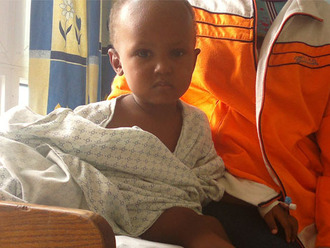 Ibrahim is an outgoing little boy who loves to play with his friends. He is the first child of a young married couple who adore him. Ibrahim’s parents have big dreams for him and look forward to seeing him grow up happily. Ibrahim's happiness is threatened, however, by a medical condition that is out of his family's control. He was born with clubfoot, a deformity that makes it difficult for him to walk normally or live an active life. Ibrahim’s mother is nervous that her son won’t be able to attend school or make friends as he gets older because of his condition. Ibrahim is from Tanzania, one of the poorest countries in the world. Almost 90% of Tanzania’s 44 million people live on less than $2 a day, and 60% live on less than $1 a day. Ibrahim’s parents are eager to get medical care for their son, but they work as vegetable sellers and casual laborers on farms and cannot afford the $500 treatment he needs. Doctors at African Mission Healthcare Foundation in Tanzania are confident that with surgery, Ibrahim’s foot deformity can be corrected. We hope to raise the $500 needed to cover the cost of Ibrahim’s care and enable him to live a normal, happy life. 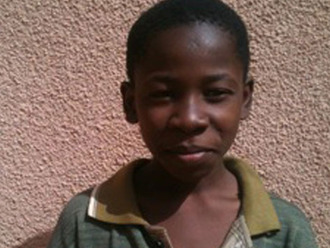 Samba is an energetic boy from Mali. Samba loves playing soccer, and he says he would like to become a professional soccer player one day and win the World Cup. It’s difficult for Samba to play soccer, however, because he suffers from bilateral inguinal hernias, which cause him constant pain and make it difficult for him to participate in physical activities. Samba’s doctors say his hernias are at risk of becoming strangulated, which could be “potentially fatal.” The surgery Samba needs to treat his hernias costs $475. He lives in a slum on the outskirts of Bamako, Mali's capital, where the average person lives on less than $1 a day. Samba’s father earns money to feed his family by selling pens and snacks door-to-door, but his income is not enough to pay for the surgery Samba needs. Doctors at Project Muso can make sure Samba receives the care he needs to live a normal life. We hope to raise the money Samba needs for surgery, hospitalization, and medication. Note: Mali is currently embroiled in [serious civil conflict](http://www.nytimes.com/2013/02/11/world/africa/militants-battle-malian-and-french-troops-in-liberated-town.html?ref=mali&gwh=F11709FE56DDA38DF7683285C5ABC0E0). This may impact the rate at which we can provide updates on this patient, so please bear with us. 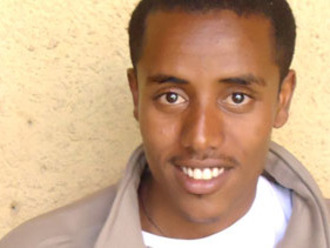 Tilahun has suffered from rheumatic heart fever and mitral stenosis (a condition that prevents the heart's mitral valve from fully opening) for the last thirteen years. For as long as he can remember, Tilahun has dealt with fatigue, shortness of breath, and chest pain on a daily basis. Tilahun lives in a mud hut without electricity or running water. His parents, both farmers, have spent most of their meager incomes on his medical expenses, and their resources are running out. Tilahun is extremely bright. He ranks fourth out of sixty-five students in his class! Seriously, ALL this kid does is study, with occasional breaks to watch his favorite soccer teams play. Tilahun's dream is to continue his education and become a teacher. Recently, Tilahun's condition has become so bad that he's had to make the agonizing decision to leave school. His doctors say that if left untreated, his condition could cause heart failure. We need to raise $1,575 so Tilahun can afford to fly to India and get the treatment that can save his life. Let's do this!