Noushin has funded healthcare for 2 patients in 2 countries. 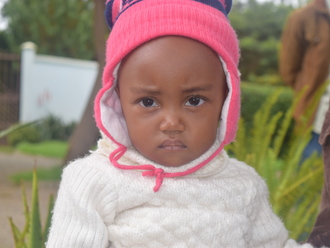 Gift is one-year-old baby girl and the last born child in a family of two children. When Gift was two months old her parents noticed she was struggling to pass stool and urine, and her stomach would be very hard. They thought it was because she was still a small baby and that she would be ok as time goes by, but as time went on her condition kept worsening. Her parents are small-scale farmers of maize and vegetables for a living, and they are struggling financially. They were able to take Gift to Watsi's Medical Partner Care Center ALMC Hospital, where she was diagnosed with A.R.M. and doctors advised that she would need surgery to correct the problem. She was able to get funding support for the first stage of treatment so Gift had a colostomy placed. She now needs the follow-up stage of surgery of pull through and later a colostomy closure and are seeking $1,500 to support the treatment. Gift’s mother says, “Our baby has been suffering from this condition for a while now but due to financial challenges we can’t afford the cost, please help us.” 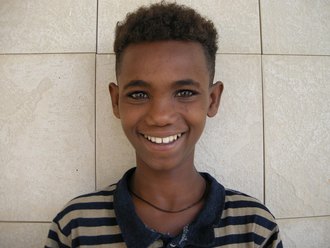 Adere is a nice thirteen year old boy who loves to go to school and study. He is in grade six and loves music. He spends his free time listening to country music and also loves to dance with his friends. His parents are farmers of teff and maize. But their harvest from their farm is very limited because of the hot and dry landscape. The population in the area is mostly supported by the government and NGOs for food and other basic needs. His parents have 12 children. Three of them are dependently living and the rest of the children are supported by their parents. Adere was born with congenital anomaly called Bladder Exstrophy. The child’s bladder is open to the air and not within the body. He leaks urine directly to his abdomen. As a result, he has bladder exposed to dirt which can cause infections and injury. Adere suffers from pain from irritation of the bladder, infection, and a bad smell from the continuous urinary leakage for the past years. In his classroom, he sits far from other students in the back alone. He mostly prefers to be alone, psychologically affected by the bad smell. His parents are always very worried and concerned because of his condition. They took him to a clinic in their area when he was a child, and the clinic told them this has to be treated in referral hospital. Their village is very rural that they couldn’t get to a hospital and the parents couldn’t bring him to the capital. Adere's brother said, “I believe he will have a normal life, free from any smell and psychological concerns.”