MATTHEW has funded healthcare for 19 patients in 8 countries. 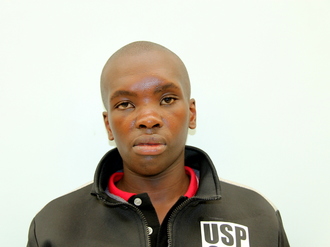 Samson is a university student from Kenya. He was recently in a road accident that left him with facial fractures. Fortunately, surgeons at our medical partner can help. On June 4, Samson will undergo a fracture repair procedure, called an open reduction and internal fixation. This will relieve him of pain, and he will be able to resume his studies. Now, our medical partner, African Mission Healthcare Foundation, is requesting $640 to fund this procedure. Samson says, “My hope is to get treatment and resume my studies. I really want to finish school and provide for my family." 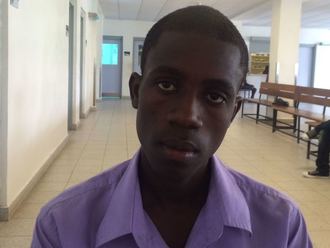 Watson is a student from Haiti. He lives with his grandparents in Port-au-Prince, and attends a local college where he is seeking a degree in business. Watson has a cardiac condition called rheumatic mitral regurgitation. One of the four valves of his heart does not open and close properly as the result of an infection he suffered earlier in childhood. Watson will fly to the United States to receive treatment. On May 8, he will undergo cardiac surgery, during which surgeons will remove his damaged valve and implant a mechanical replacement. Another organization, The Heart Hospital Baylor Plano, is contributing $46,000 to pay for surgery. Watson's family also needs help to fund the costs of surgery prep. The $1,500 bill covers labs, medicines, and checkup and followup appointments. It also supports passport obtainment and the social workers from our medical partner, Haiti Cardiac Alliance, who will accompany Watson's family overseas. He says, "I have been looking forward to this surgery for years, and am glad that I can finally have it!" 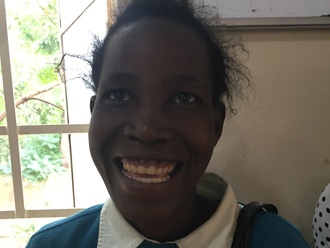 Mwaiwawo is a single mother of three from Malawi. She is a cook by profession and works on her farm. Since November of last year, Mwaiwawo has been experiencing abdominal pain and abnormal bleeding. She has been diagnosed with uterine fibroids. She needs to undergo a hysterectomy, a procedure in which surgeons will remove her uterus. Our medical partner, World Altering Medicine, is requesting $650 to fund Mwaiwawo's surgery. On April 18, she will undergo gynecological surgery at Nkhoma Hospital, our medical partner's care center. The requested money pays for supplies, medications, and seven nights of hospital stay. She says, "After meeting with my community and trying to do extra piece work also, I was still unable to afford the surgery I need. I am so grateful for this program to assist me!" 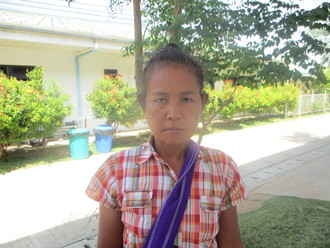 Mu is 43-year-old farmer from Burma. She lives with her husband and five children. In her free time she likes to forage for vegetables in the forest with her friends. She has a gallstone and has burning pain in her lower right abdomen. She also suffers from back pain and sometimes she is not able to sleep or eat well due to the pain. Mu has been advised to undergo a cholecystectomy, the surgical removal of the gallbladder. If left untreated, Mu's symptoms will continue to worsen and put him at risk for further health complications in the future. After seeking treatment through our medical partner, Burma Children Medical Fund (BCMF), Mu is scheduled to undergo her cholecystectomy on March 21. BCMF is requesting $1,500 to cover the total cost of Mu's procedure and care. She says, "I hope that I can get well again so that I can help my husband and my son on our farm." 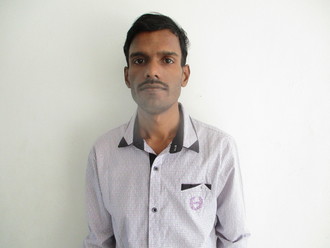 Aung is a 34-year-old from Thailand. He lives with his retired parents and one sister at Thaton Town, Mon State, Burma. Aung was diagnosed with a heart condition that involves a malformation of the mitral valve, the valve between the left atrium and left ventricle. This valve controls the flow of blood, but certain conditions may cause blood to flow backward or the valve to narrow. Currently, Aung feels tired when walks or climbs the steps. He also has poor appetite and difficulty falling asleep. Our medical partner, Burma Children Medical Fund, is requesting $1,500 to fund a mitral valve replacement for Aung. The treatment is scheduled to take place on February 10 and, once completed, will hopefully allow him to live more comfortably. “I want to open a motorcycle repair shop in Thahton. This is what I plan to do after receiving surgery. I want to support my family as much as I can,” says Aung. 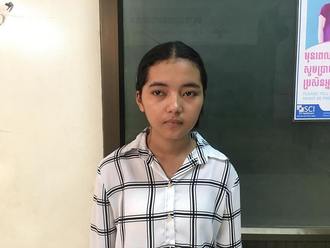 Lida is a young girl from Cambodia. She has five sisters and four brothers. She stopped studying in the fourth grade. She now wants to start her own business at home. She likes to watch TV and read in her free time. When she was five, Lida had an ear infection. This infection caused the tympanic membrane, or the ear drum, in her right ear to perforate. For this reason, Lida experiences ear discharge, hearing loss, tinnitus, and itchiness. She cannot communicate clearly with others and she has ear pain. Lida traveled to our medical partner's care center to receive treatment. On January 11, she will undergo a myringoplasty procedure in her right ear. During this procedure, surgeons will close the perforation. Our medical partner, Children's Surgical Centre, is requesting $423 to fund this procedure. This covers medications, supplies, and inpatient care. Her mother says, "I worry about my daughter's hearing and that she can't hear well." 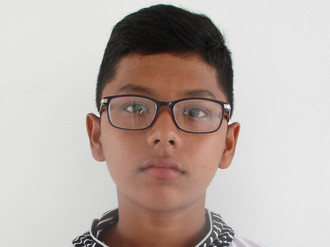 Aung is a 15-year-old student from Thailand. He lives with his mother and younger brother in Mae Sot, Tak Province. His mother works as a greengrocer at her own stall in the market, and his younger brother studies at the same school with Aung. In his free time, he likes to play football and cane ball with his friends. In 2017, Aung started to experience blurry vision. He had his eyes checked and received a new pair of glasses. However, in 2018, his left eye became cloudy. He now has a headache and cannot see clearly with his left eye. Our medical partner, Burma Children Medical Fund, is requesting $1,500 to fund lens replacement surgery for Aung. On December 19, doctors will perform a lens replacement, during which they will remove Aung's natural lens and replace it with an intraocular lens implant in his left eye. After recovery, he will be able to see clearly. Now, he needs help to fund this $1,500 procedure. Aung’s teacher says, “His mother is worried that Aung’s condition will worsen, and she is also afraid that he will go blind.” 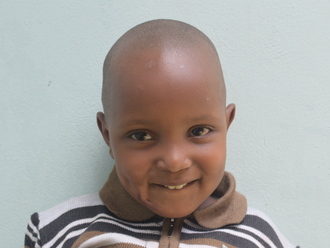 Ester is a baby from Tanzania. She is the youngest in a family of two children. Her parents are small scale farmers. Last summer, Esther sustained burns across her body. Her arm has become rigid, and she can no longer straighten it. Fortunately, our medical partner, African Mission Healthcare Foundation, is helping Ester receive treatment. On November 5, surgeons at their care center will perform a burn contracture release surgery to help her regain function of her arm. Now, she needs help to fund this $608 procedure. Ester’s mother says, “I wish may child could get the needed surgery so that she can be able to use her right hand.” 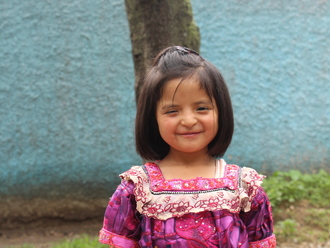 Anny Sanic is a very enthusiastic and fun four-year-old girl from Guatemala. She lives with her mom and dad and loves to play with her dolls. She also loves to eat lots of bread and sing songs. Anny Sanic needs pterygium correction surgery. Pterygiums are non-cancerous growths of the conjunctiva, a mucous layer that lubricates the eye. The growths occur when the conjunctiva is exposed to excessive sun damage and the cells grow abnormally over the pupil. Common symptoms of a pterygium include redness, blurred vision, and eye irritation. Depending on how large the growth is, it can cause vision loss. Anny Sanic needs a surgical procedure to remove the abnormal conjunctiva from the cornea surface and replace it with a conjunctival graft to prevent recurrence. She will receive further evaluation from an eye specialist, surgery to remove the pterygium, post-op follow-up treatment, as well as accompaniment and transportation throughout the treatment process. Pterygium surgery is safe, effective, and will positively impact Anny Sanic's life for years to come. The total cost of her procedure, scheduled for October 18, is $1,487. 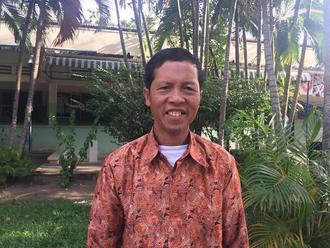 Ly is a father of eight from Cambodia. He is a tuk tuk driver. He has two sons and six daughters. He likes to watch TV and play football with friends. One year ago, Ly had an ear infection. This infection caused the tympanic membrane, or the ear drum, in his left ear to perforate. For this reason, Ly experiences ear discharge, pain, and tinnitus. He cannot hear well and is in pain. Ly traveled to our medical partner's care center to receive treatment. On August 6, he will undergo a myringoplasty procedure in his left ear. During this procedure, surgeons will close the perforation. Our medical partner, Children's Surgical Centre, is requesting $423 to fund this procedure. This covers medications, supplies, and inpatient care. His wife says, "I am worried about my husband's hearing and ear pain. We hope for a successful surgery." 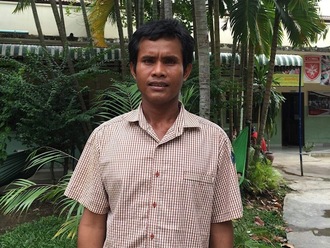 Phoem is a man from Cambodia. He has two young sons. He likes to spend time on his farm. Two years ago, Phoem fell down and fractured his forearm. He has difficulty moving his elbow and experiences chronic arm pain, which makes it difficult for him to work and support his family. He needs to undergo an open reduction procedure to heal his fracture and improve his mobility in his arm. Fortunately, surgery is scheduled on August 14 at our medical partner's care center. Now, Phoem needs help raising $390 to fund this procedure. 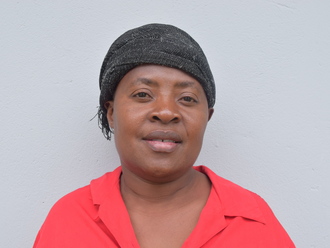 Juliana is a mother from Tanzania. Her daughter is in sixth grade and is looking forward to going to college. Juliana’s husband has retired but currently is working as a part-time secretary for a flour company. Two years ago, Juliana started feeling pain in her right leg. She has been to several hospitals and used several medications, but the pain has continued. She has been diagnosed with right knee arthritis. She is in pain and is not able to walk. Fortunately, Juliana learned about our medical partner, African Mission Healthcare Foundation (AMHF). At AMHF's care center, surgeons can perform a total knee replacement to relieve Juliana of her pain and allow her to walk easily. Treatment is scheduled for July 13, and Juliana needs help raising $822 to pay for this procedure. Juliana says, “I really wish to be able to get back to my day-to-day activities where I will be able to provide for my family and not experience such pain every time I am walking."