Anthony has funded healthcare for 1 patient in 1 country. 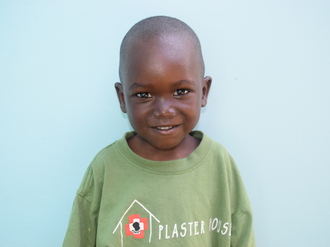 Gibson is a young playful boy from Being the firstborn in a family of two, he loves helping his mother around the kitchen and playing football. When he was two years old, Gibson suffered extensive burns on his left upper body after hot boiling beans spilt on him while playing with his friend in the kitchen. He was taken to the hospital and spent a long time healing. He healed with contractures on his left axilla and had a partial burn contracture release. The surgical site developed infections and he had skin grafting done but unfortunately failed and had a repeat surgery. He was reviewed by visiting surgeons and had skin flap surgery recommended to allow blood circulation. Without treatment, Gibson will be at risk of long term complications on his left hand.Gibson's parents are peasant farmers who rely on the few harvests they get to make ends meet. They are not able to consolidate sufficient funds for their child's surgery. The appeal for financial assistance. Fortunately, our medical partner, African Mission Healthcare Foundation, is helping Gibson receive treatment. On September 26th, surgeons at their care center will perform a burn contracture release surgery. Once treated, he will be able to stretch his hand with ease and reduce further infections on the wound. Now, he needs help to fund this $832 procedure. Gibson’s father says, “The doctors have advised on one more surgery to make my son even better but am unable to afford the cost, if it’s possible kindly help us.”