Jacob has funded healthcare for 30 patients in 10 countries. 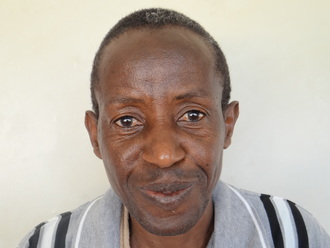 John is a farmer from Kenya. In July 2018, he sustained a closed fracture of his right humerus. He was taken to the hospital and bandaged. He was advised to undergo surgery, but his family could not afford treatment. Fortunately, surgeons at our medical partner can help. On December 13, John will undergo a fracture repair procedure, called an open reduction and internal fixation. This procedure will help the fracture heal, and John will be able to use his right hand again. Now, our medical partner, African Mission Healthcare Foundation, is requesting $998 to fund this procedure. His brother says, ”We are desperate; even bus fare to come to the hospital was paid by our neighbors. I pray that Watsi may help us so that my brother can at least be able to help himself to do basic things.” 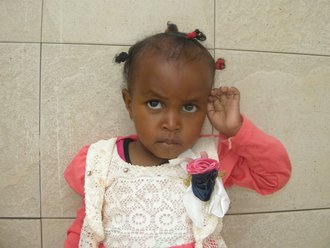 Hikma is a child from Ethiopia. She is a cute baby girl who loves to play with other chidlren and dolls. She also loves to eat fruits. Hikma was born with an anorectal malformation, a congenital abnormality that leads to a complete or partial intestinal blockage. She needs to undergo a series of procedures to eliminate bowel dysfunction. Hikma is scheduled to undergo surgery to correct her condition on November 22. Our medical partner, African Mission Healthcare Foundation, is requesting $1,500 to cover the total cost of Hikma's procedure and care. After her recovery, Hikma will no longer experience bowel dysfunction or be at risk of developing health complications in the future. 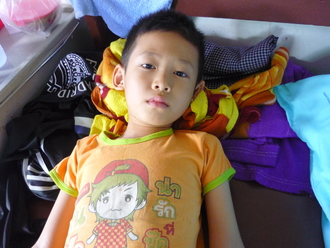 Candle is a seven-year-old student from Burma. He lives with his family in Htee San Ra village, Myawaddy Township, Karen State. During his school holiday, Candle was riding with his uncle and grandmother on a motorbike. While they were going down a hill, the motorbike slid and fell onto Candle’s left thigh, breaking his femur bone. Currently, Candle is in pain, and he cannot move his leg. With the help of our medical partner, Burma Children Medical Fund, Candle will undergo surgery to reset his fractured bones and ensure proper healing. The procedure is scheduled for October 15 and will cost $1,500. This procedure will help Candle to be free from pain and walk again. His father says, “This is the first time that an accident has happened to someone in our family. We are both very upset to see our son suffer from the pain and as a father I feel sorry for him and I cannot sleep well." 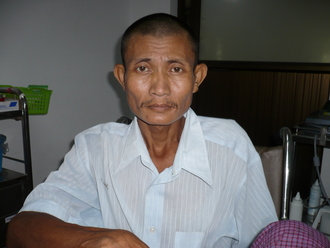 Maung is a 46-year-old man who lives with his wife, two daughters, and two sons in Ka Yin Village, Kawkareik Township, Karen State, Burma. Three of his children are studying at a village school, while the youngest son stays at home since he is only two years old. Maung's wife is the sole earner for the entire family. In his free time, Maung likes to do meditation and is involved in community works in his village. In 2016, Maung started to experience back pain and lower abdominal pain. His condition worsened in August 2018. He later went to the hospital, where he had an x-ray, ultrasound, and blood tests done. When the results came back, the doctor told him that he has a stone in his bladder. Now, Maung is scheduled to undergo surgery to remove the bladder stone on August 28. He needs help raising $1,500 to fund this procedure. He plans to work again once he recovered. “We will work hard to save money. We will buy a house for our family,” says Maung’s wife. 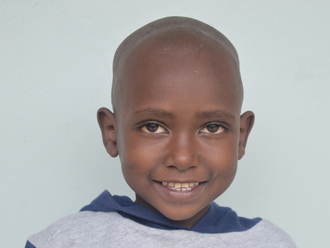 Lomoyana is a six-year-old boy from Tanzania. He is the fifth child in his family, and his parents are farmers. Lomoyana developed a wound on his lower right leg. As time went by, the wound kept getting worse; it become infected and Lomoyana could not walk. By the time his family visited the hospital, his wound and bone were infected, and doctors were forced to amputate his leg. Unfortunately, during Lomoyana's recovery, his bone was protruding through the healing wound. This raised concerns, and he returned to the hospital, where doctors have recommended a re-amputation. Now, Lomoyana is scheduled for surgery at our medical partner's care center. The procedure will cost $1,035 and will help him re-start a healthy life. His guardian says, “He lost his leg due to lack of money for treatment. We are now concerned if he does not get treatment for this it might be worse. Please help.” 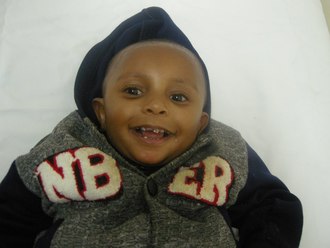 Megersa is a baby from Ethiopia. He loves to play and laugh with his parents. He is their second child. They are traditional farmers. Megersa was born with hypospadias, a congenital abnormality that causes urinary dysfunction. Without treatment, he will continue to experience uncomfortable symptoms and will be at risk of infertility. Fortunately, Megersa is scheduled to undergo corrective surgery on August 9. Our medical partner, African Mission Healthcare Foundation, is requesting $1,231 to cover the total cost of his procedure and care. His parents say, "It is our hope and prayer that he gets surgery.” 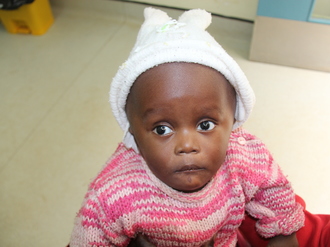 Elijah is a baby from Kenya. He is a twin. Elijah has four other older siblings. His parents are farmers. Elijah has been diagnosed with hydrocephalus, a condition in which excess cerebrospinal fluid accumulates in the brain and increases intracranial pressure. As a result of his condition, Elijah has been experiencing an increasing head circumference and iritability. Without treatment, Elijah will experience severe physical and developmental delays. Our medical partner, African Mission Healthcare Foundation, is requesting $685 to cover the cost of surgery for Elijah that will treat his hydrocephalus. The procedure is scheduled to take place on June 13 and will drain the excess fluid from Elijah's brain. This will reduce intracranial pressure and greatly improve his quality of life. With proper treatment, Elijah will hopefully develop into a strong, healthy young boy. 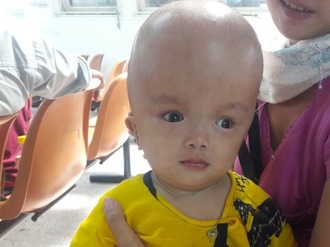 Kar is an eight-month-old boy. He lives with his family in Hpa-an, Karen State, Burma. When Kar was three months old, his parents noticed for the first time that his head size was increasing. Kar was recently diagnosed with hydrocephalus, which has caused fluid to build up in his brain. Without immediate surgery to alleviate the intracranial pressure that the excess fluid is causing, he is at risk of developing severe, potentially fatal medical complications. Our medical partner, Burma Children Medical Fund, is requesting $1,500 to fund the insertion of a ventriculoperitoneal shunt for Kar, which will drain the fluid that has accumulated in his brain. The procedure is scheduled to take place on May 23, and, once completed, will greatly improve Kar's quality of life. His mother says, "I really want my son to look like other normal kids. So I believe that this surgery will make him look better." 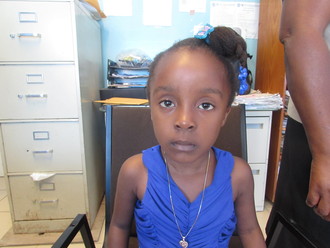 Smaha is a young student from Haiti. She lives with her parents and three siblings in Cap Haitien, a city on the northern coast of Haiti. She attends kindergarten, and likes coloring and doing art projects. Smaha has a cardiac condition called patent ductus arteriosus. A hole exists between two major blood vessels near the heart. Blood leaks through this hole without passing through her lungs to obtain oxygen, leaving her sickly and short of breath. On April 8, she will undergo cardiac surgery at St. Damien Hospital, our medical partner's care center. During surgery, Surgeons will use stitches to close off the hole so that blood can no longer leak through it. Another organization, Gift of Life International, is contributing $5,000 to pay for surgery. Smaha's family also needs help to fund the costs of surgery prep. The $1,500 requested by our medical partner, Haiti Cardiac Alliance, covers cardiac exams and medications. Her mother says, "We are very happy that Smaha can have this surgery, and would like to say thank you to everyone!" 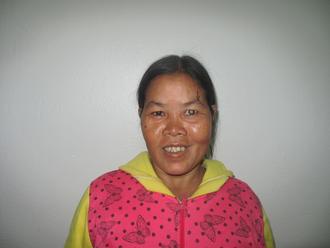 Kompou is a rice and potato farmer from Cambodia. She has one son, five daughters, and three grandchildren. She enjoys watching Khmer and Thai dramas on TV. One year ago, Kompou developed a cataract in each eye, causing her blurred vision, headaches, tearing, and itchiness. She has difficulty seeing things clearly, recognizing faces, and going anywhere outside. When Kompou learned about our medical partner, Children's Surgical Centre, she traveled for eight hours seeking treatment. On March 14, doctors will perform a small incision cataract surgery and an intraocular lens implant in each eye. After recovery, she will be able to see clearly. Now, she needs help to fund this $398 procedure. She says, "I hope my vision is restored so I can return to work and support my family again." 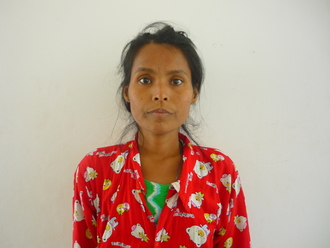 Mi is a 38 year-old woman from Burma. She lives with her husband, her mother, and her uncle. She used to work as a seamstress, but due to her symptoms, she stopped working seven years ago. Her husband plants vegetables and sells them in the market. He is the only provider for the family. Mi was diagnosed with a heart condition that involves a malformation of the mitral valve, the valve between the left atrium and left ventricle. This valve controls the flow of blood, but certain conditions may cause blood to flow backward or the valve to narrow. She experiences severe fatigue and chest pain. She cannot sleep, and sometimes her vision gets blurry. Our medical partner, Burma Children Medical Fund, is requesting $1,500 to fund a mitral valve replacement for Mi. The treatment is scheduled to take place on February 23 and, once completed, will hopefully allow her to live more comfortably. Mi says, “I want to stay with my family and open a bazaar shop in Myawaddy to sell everyday objects.” 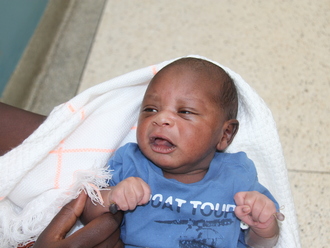 Alex is an infant from Kenya. He was born three days ago after a prolonged labor. Alex’s mother is a stay-at-home mom, while his father is employed at a construction site. Alex was born with spina bifida, a type of neural tube defect in which the spine does not properly close around the spinal cord. Without treatment, Alex is at risk of lower-limb paralysis, infection of the exposed nervous tissue, development of tethered cord syndrome, and possible developmental delays. Our medical partner, African Mission Healthcare Foundation, is requesting $1,097 to cover the cost of Alex's spina bifida closure surgery. The procedure is scheduled to take place on January 17. This procedure will hopefully spare Alex from the risks associated with his condition, instead allowing him to grow and develop along a healthy trajectory. "I hope all goes well with my son," shares Alex’s mother.