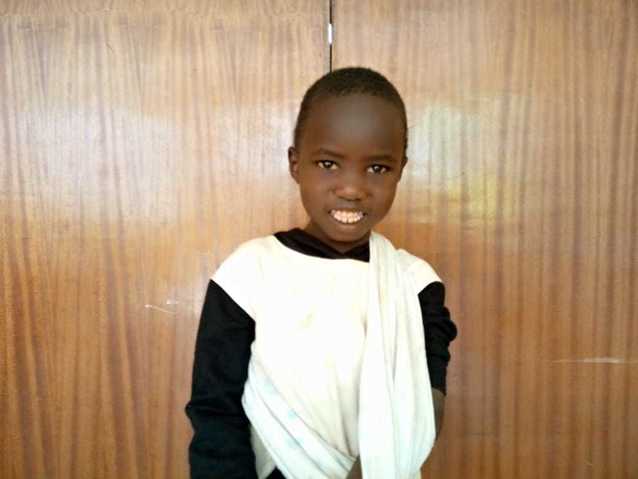 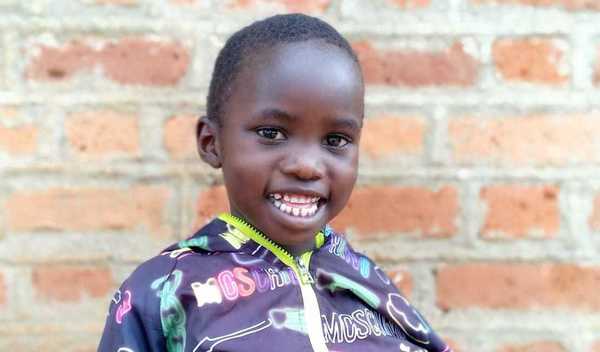 Titus underwent a fracture repair on his hand.

Titus’ surgery was successful! He underwent surgery to reconstruct his left supracondylar humerus fracture. He had a good stay in the hospital and only experienced a little pain after his surgery. Titus has now been discharged and is recovering. After surgery, his mother expressed the freedom she felt from all of the previous worries because she is able to see the results of the surgery and the improvement in her son’s life.

Titus’ mother shared, “Thank you for the amazing support, my son received the best care while in the hospital ward. I am looking forward to a quick recovery so that he can be happy and enjoy time with his friends.”

Titus' surgery was successful! He underwent surgery to reconstruct his left supracondylar humerus fracture. He had a good stay in the hospit...

Titus, a happy 7-year old boy, was born and raised in Kapsabaa Village in Kenya. He is in first grade. He was well until the 8th of April, when he was pushed by a friend when they were playing together and hit the hard ground, injuring his left hand.

Accompanied by his mother, Titus had to travel for several hours to get from their home to Watsi’s partner hospital to be seen by doctors. His family was referred from a government hospital because they were unable to treat him due to lack of financial means. Very quickly after arriving at our partner hospital, an X-ray was done and confirmed a left supracondylar fracture. Due to pain and discomfort, Titus was admitted and scheduled for surgery.

Titus is the second born in a family of four children. His mother is a grocer while his father is a mason. They both work hard to better their young family despite the fact that his father does not have a stable job as he only can wait for construction, which is rare in the village. The family has not been saving any money because they earn a little, which is enough to feed their family and gather for a few basic needs for their children. The young family lives in a rental house in the village centre.

The injury has caused Titus’s parents a lot of worry about their son’s future because the fracture has made it difficult for Titus to use his hand. The young family is requesting for financial support to help their son undergo surgery to fix his broken hand and reduce chances of complications of healing badly and persistent pain.

Gladys, Titus’s Mother, says: “We were lacking means but we were given hope of finding treatment for our son when we came here. I am looking forward to seeing him not in pain again.”

Titus, a happy 7-year old boy, was born and raised in Kapsabaa Village in Kenya. He is in first grade. He was well until the 8th of April, w...

Titus's case was submitted by Joan Kadagaya at African Mission Healthcare in Kenya. 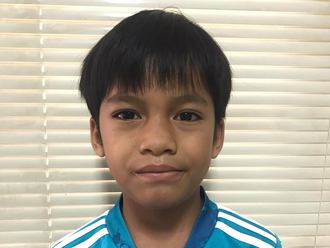 Ponleu is the youngest in a his family with three siblings. His parents are both farmers. Ponleu's mother brought him to the hospital to help treat his swollen nose and nasal obstruction. Ponleu is having difficulty breathing for the past two weeks. They've tried treatments at home, but he did not get better. His family is requesting $241 to support Ponleu's surgery at Watsi's Medical Partner Children's Surgical Centre. After surgery, Ponleu will be able to breathe easily again. His parents are hopeful that he will be all better soon. 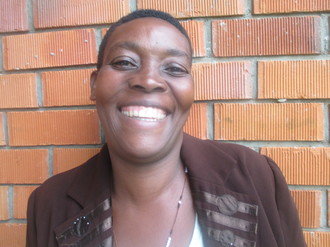 Ninsiima is a 43-year-old farmer from Uganda. Ninsiima is married and is a mother to four children with three daughters and with one son, all are studying at secondary levels in school. Ninsiima dropped out of school at sixth grade when she was young due to lack of school fees. She currently earns a living from small-scale farming growing food crops like beans, maize, millet and sorghum for home consumption, but often sells off the surplus to generate an income to her family. Her husband works as a builder. Three years ago, Ninsiima began to experience troubling symptoms, including shortness of breath. She was diagnosed with a goiter, an abnormal enlargement of the thyroid gland. She needs surgery to prevent her symptoms from getting worse. Our medical partner, African Mission Healthcare Foundation, is helping Ninsiima receive treatment. She is scheduled to undergo a thyroidectomy on December 1st at our medical partner's care center. Surgeons will remove all or part of her thyroid gland. This procedure will cost $252, and she and her family need help raising money. Ninsiima says: “I hope that I will be able to have a new life after surgery and continue with farming to sustain my family.” 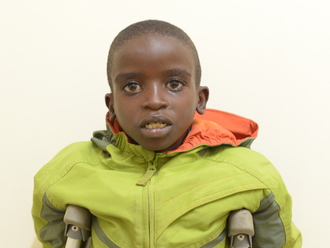 James is a very playful and jovial boy. He loves to play with his friends and, his grandmother shared, they would play with anything because toys are hard to come by. One day James and his friends found a calabash and chose to play with it. While they were playing, one of them took the calabash and threw it to James. The calabash hit James at his right hip and he fell down. He struggled to stand up and immediately started limping and crying out of pain. He was rushed home to his grandmother where she took him to a nearby facility. James was given some pain medication and then sent home. His grandmother shared that a few days down the line his situation was not getting any better and he could not walk. James's grandmother sourced some funds and brought him to Kijabe Hospital for examination. Upon review, the doctor requested scans to develop a treatment plan, but due to lack of money to pay for the scan, his grandmother decided to go back home and look for money. While at home, it was took her a long time to raise the required amount for the scans. One day their church pastor visited to check on how they are adapting to life after the death of James’s mother. During the visit, he noticed that James was barely moving. He was concerned and asked his grandmother what was wrong. James's grandmother explained what happened and the current situation they are in. The pastor brought James back to Kijabe Hospital for the scans. When the doctor reviewed the scans, they immediately admitted James as an emergency case and a surgery was done helping to save his leg. During a regular clinic follow-up yesterday, his doctor noticed that the wound was oozing and was concerned about an infection. An x-ray was done and showed that his leg again needs emergency surgery to treat his condition. James is the youngest of four children. His father separated with his mother, and left James and his siblings to his mother. A few years later, James's mother died and his grandmother has taken full responsibility of the four children. To earn a living, his grandmother does laundry and ploughs farms for their neighbors. She does not have another source of income. James's first surgery was supported by Friends of Kijabe Hospital, but his grandmother is appealing for financial help for the surgery that is now needed for James. James’ grandmother shared, “At home after the first surgery, I was very happy to see James slowly trying to play with his friends again. Those were happy moments that I never thought James would experience again. I am requesting for financial help to put back a smile on his face."

Ponleu is the youngest in a his family with three siblings. His parents are both farmers. Ponleu's mother brought him to the hospital to help treat his swollen nose and nasal obstruction. Ponleu is having difficulty breathing for the past two weeks. They've tried treatments at home, but he did not get better. His family is requesting $241 to support Ponleu's surgery at Watsi's Medical Partner Children's Surgical Centre. After surgery, Ponleu will be able to breathe easily again. His parents are hopeful that he will be all better soon.