Join in
today
to help us reach our 25,000th patient 💙
Meet another patient 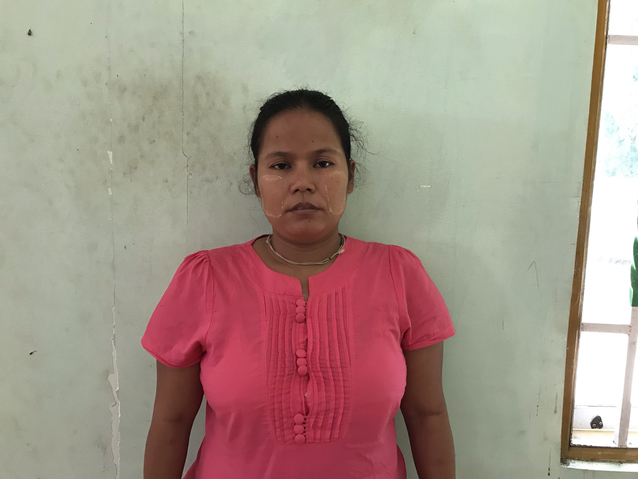 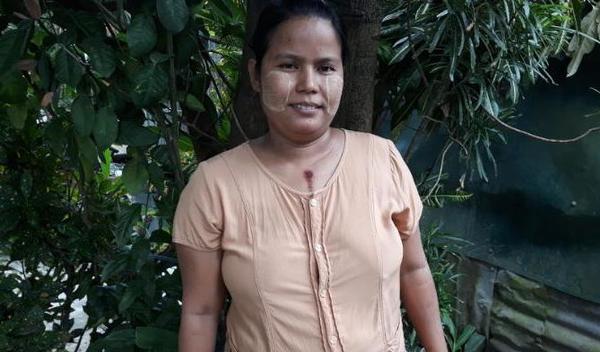 Before her surgery, Thi had difficulty breathing, could not walk long distances and could not sleep on her back. Since her surgery, she no longer has difficulty breathing and is finally sleeping well. After surgery she still had some pain at her surgical site and, unfortunately, Thi got an infection in her surgical wound. She had to go back to the hospital where the doctor gave her antibiotics to treat the infection, which worked to fully clear it up. She shared that she is now trying to lose weight and is following the diet recommendations for cardiac patients given to her by our medical partner.

“Thank you very much for supporting the cost of my treatment,” she said. “My family could never afford to pay for it.”

Thi is a 31-year-old woman who lives with her husband, father-in-law, nephew and daughter in Shwepythar Town in the Yangon Division of Burma. Thi is a homemaker while her husband is an electrician. Thi’s nephew and her daughter are students.

In mid-February 2019, Thi developed a fever, a cough, and difficulty breathing. She went to the nearest clinic where she received an injection and oral medication to treat her fever and cough. When she took the medication she felt better, but the next day, she had difficulty breathing, felt tired, had a sharp pain in her chest, and a rapid heartbeat. She then went to a hospital in Yangon, where she received another injection, oral medication, and an x-ray. After the doctor diagnosed her with asthma, she also received a nebulizer for her asthma. Once the doctor checking her had the x-ray results, the doctor told her that her heart is enlarged and referred her to another hospital for further investigation. There she received an echocardiogram (echo) and another x-ray. After her results came in, the doctor told her that her heart valves are not working well and that she might have to replace two of the valves in her heart. She was diagnosed with mitral valve stenosis, mitral valve regurgitation, aortic valve stenosis, and aortic valve regurgitation. The doctor also told her that the surgery would cost 2.5 million kyat (approx. 2,500 USD). Thi could not afford to pay such a large amount and when she told the doctor this, the doctor provided her with oral medication every month. She did not feel better after she took the medication.

Last month, Thi’s husband was setting up the electricity in his friend’s house when he met a cardiologist. The doctor had come to look after his friend’s sister, who has a heart condition. Thi’s husband had told his friend about Thi’s heart condition and his friend introduced him to the cardiologist. After he told the doctor about Thi’s condition, the doctor told him to bring her in to his office with her medical records. After they came into his office and doctor reviewed her medical records, he referred her to Watsi’s Medical Partner Care Center Pinlon Hospital to finally receive the treatment she needs.

Currently, Thi feels tired, has difficulty breathing and cannot walk long distances. Aside from her symptoms, she is very stressed and upset about her financial situation. In her free time, Thi likes to do housework and bring her daughter to and from school. In the future, when she is fully recovered, she would like to work as a seamstress and save money for her family.

Thi said, “I think too much about my condition and worry about the treatment’s cost. So, I cannot sleep at night and I have a small appetite.” Thi’s husband said, “I have to accompany her whenever my wife visits the hospital. My daughter and I have had to stop working and attending school whenever she is sick. I feel bad for my wife because she cries every night since she found out that she needs to receive surgery.” Thi added, “I am very afraid to die and to lose my family as my daughter is still young.”

Thi is a 31-year-old woman who lives with her husband, father-in-law, nephew and daughter in Shwepythar Town in the Yangon Division of Burma...

Patients cannot do labor work—even doing household chores may tire them. Adults will be unable to care for their families, and children will be unable to play or attend school. As the condition progresses, patients may become unable to eat.

Patients cannot afford to go to the hospital. Many people rely on medications provided by dealers who are not authorized pharmacists.

Damaged valves are repaired and replaced during open heart surgery.

Potential side effects include bleeding, infection, fever, swelling, inflammation, arrhythmias, damage to surrounding organs, stroke, and death. Heart surgery is more likely to be life-threatening for patients who are very sick before the surgery.

Many of our medical partner's patients live in remote areas. They cannot afford or access treatment because it is only available in large cities.

There are no alternatives. If left untreated, this heart condition will become life-threatening for patients. 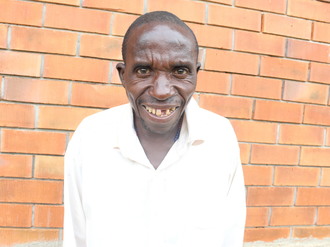 Ericarido is a 41-year-old man. He lives alone in a semi-permanent house. Whenever he can get work, he takes up casual labor jobs to make ends meet. For some months now, Ericarido has had left inguinal hernia. The hernia causes him pain especially when he is doing physically demanding work. Surgery is required to repair his hernia, and has been scheduled for April 27th. Our medical partner, African Mission Healthcare, is requesting $230 to fund Ericarido's surgery. Once completed, this procedure will hopefully allow him to live more comfortably and confidently, and do physical labor without pain. Ericarido says, “I myself have no money at all. I will be very glad when my condition is treated and I resume to my work and can earn a living.” 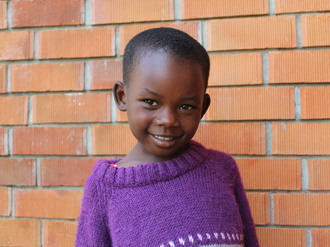 Promise is a bright six-year-old girl from Uganda. She lives with her parents and three siblings. To support their family of six, her mother works on local farms, and her father works as a carpenter. Promise loves being active, both in school and at home! For the past year, Promise has had a supra umbilical hernia, which causes her pain when she moves and affects her ability to eat. Fortunately, on July 12th, she will undergo hernia repair surgery at our medical partner's care center. Our medical partner, African Mission Healthcare Foundation, is requesting $230 to fund Promise's surgery. Once completed, this procedure will allow her to live more comfortably and return to being the fun and active child she is! Promise's mother says, “I think when she is operated on, she will surely get better.” 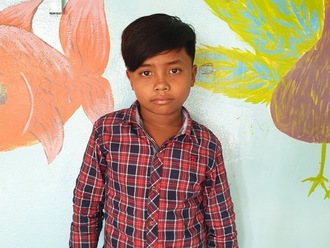 Munty is a 12-year-old sixth grader, who is the eldest of three siblings. His parents are rice farmers. Munty enjoys math at school, and would like to be a math teacher when he grows up. Munty likes swimming, playing football with his friends, and watching TV. Last year he fractured his right forearm while playing with his friends after school. He had surgery, and hardware was placed in his arm at a local hospital to help repair the fracture. Munty's arm has healed, and he is looking forward to having the metal removed from his arm so he can get back to his usual activities without pain. Fortunately, surgeons at our medical partner, Children's Surgical Centre, can help. On May 2nd Munty will undergo a hardware removal procedure, which will cost $304. After this procedure, Munty will be able to regain the strength in his arm and his risk of future infections will be limited. "I hope that the metal in my arm will be removed. I want to heal quickly, so I can play with my friends again."

Ericarido is a 41-year-old man. He lives alone in a semi-permanent house. Whenever he can get work, he takes up casual labor jobs to make ends meet. For some months now, Ericarido has had left inguinal hernia. The hernia causes him pain especially when he is doing physically demanding work. Surgery is required to repair his hernia, and has been scheduled for April 27th. Our medical partner, African Mission Healthcare, is requesting $230 to fund Ericarido's surgery. Once completed, this procedure will hopefully allow him to live more comfortably and confidently, and do physical labor without pain. Ericarido says, “I myself have no money at all. I will be very glad when my condition is treated and I resume to my work and can earn a living.”