frances has funded healthcare for 13 patients in 6 countries. 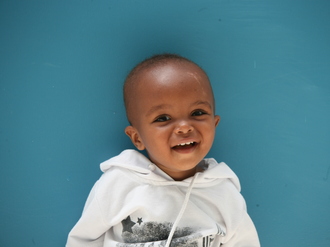 Emmanuel is a 14-month-old boy who lives with his parents and two siblings in a single-room rental house in Kenya. “A few days after Emmanuel’s birth, his mother noticed that his urethral orifice was abnormally placed,” our medical partner, African Mission Healthcare Foundation (AMHF), tells us. “It was after sharing this problem with a friend that she was advised to seek specialized treatment for her son, which she did. This came with a discovery that Emmanuel has hypospadias, and the treatment he needs would cost money that the family could not raise.” In males with hypospadias, the urethral opening is on the underside of the penis instead of at the tip. The abnormal location of the urethral opening causes difficulty passing urine and an irregular stream. “If not treated,” AMHF explains, “Emmanuel is likely to experience urinary tract infections and infertility in future.” Treatment for Emmanuel is hypospadias repair, a procedure in which a surgeon takes tissue grafts from the foreskin or from the lining of the mouth to extend the length of the urethra so that it opens at the tip of the penis. $655 covers the costs of surgery and a 10-day hospital stay, including blood tests and medicine. Emmanuel’s parents are contributing $50 to help cover additional costs associated with his care. After treatment, AMHF shares that “Emmanuel will be able to pass urine normally, and the risk of urinary tract infections will be reduced." 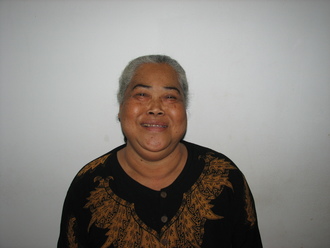 Two years ago, Kas's vision began to blur and she became extremely sensitive to sunlight. This made it difficult for the 65-year-old to work in and around the home and to walk outside. When Kas visited our medical partner in Cambodia, Children's Surgical Centre (CSC), they explained that she had cataracts in both eyes, a condition that causes clouding of the eyes’ lenses. CSC shares that Kas has "three sons, two daughters, and seven grandchildren…[and she] spends her free time watching TV and listening to social news." She is looking forward to having the surgery necessary for her to see again. CSC reports that "Kas traveled three hours with her daughter" just for her consultation. However, Kas cannot afford treatment on her own. For $225, Kas will undergo an operation during which the mature cataracts in both of her eyes will be removed and clear, artificial lenses will be implanted in their place. With this highly effective procedure, Kas will be able to see clearly and regain independence. 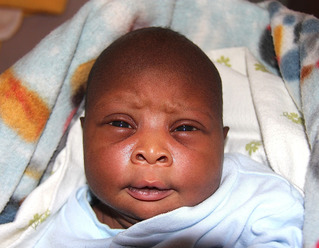 This is John, a newborn baby boy from Kenya and the only child to his young parents. His father runs a small business, while his mother stays at home. John was diagnosed with spina bifida, a developmental congenital disorder caused by the incomplete closing of the embryonic neural tube. As a result, he has a swelling on his lower back and is at high risk of contracting an infection or experiencing other spinal complications. Currently, John is at Bethany Kids Kijabe for specialized care; however, his parents do not have the money necessary for his treatment. Without our help to fund the proper closure of John's swelling, his condition can prove fatal. For $805, we can end this couple’s worries and ensure the future health of their baby. John's mother says, "I was very scared when I was told that my son would need surgery so soon. I am, however, happy that this condition can be treated, and he will be able to have a normal life." 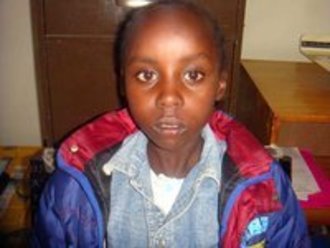 Vivian has tethered cord syndrome, a condition in which the spinal cord is held taut at the bottom. As a result, she has weak lower extremities, and has urine and bowel incontinence. She frequently experiences lower back pain. Vivian is an only child. She lives with her mother, who works at a flower farm to support herself and Vivian. For $675, we can help Vivian receive a tethered cord release surgery that will alleviate her systems and make a normal life possible. Vivian's mom is doing her best to look after her, but cannot afford the cost of this treatment. Still, she is optimistic. She says, “It is painful to see my daughter cry in pain, however I look forward to her treatment and recovery.” Let's help Vivian receive treatment and turn that optimism into reality! 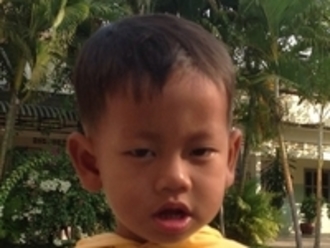 Meet Chan Rith! Chan Rith is a four-year-old living in Cambodia. He loves drinking soy milk and playing with toys. Chan Rith was born with a dislocated kneecap. As a result, the muscles in his legs are very stiff and he has difficulty walking around. For $300, Chan Rith will receive a surgical procedure called a quadriplasty, which will free some of the tissues in Chan Rith’s leg from under his bone and allow him to move it normally. Let's help Chan Rith walk comfortably soon! 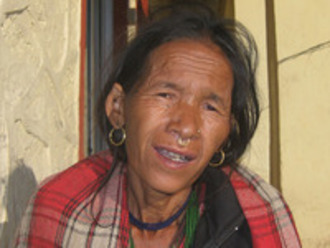 Meet Naru, a 40-year-old woman from Nepal. Naru, her husband, and their large extended family work as farmers to make a living. Naru has been diagnosed with a kidney stone in her right kidney and has lived every day of the last few months in extreme pain. If left untreated, Naru’s condition may lead to chronic renal failure. A surgery costing $765 could eliminate that risk. Naru lives with many of her in-laws, children and grandchildren. She wants to have a long life and one day see her grandchildren get married. Let’s help Naru receive the treatment she needs! 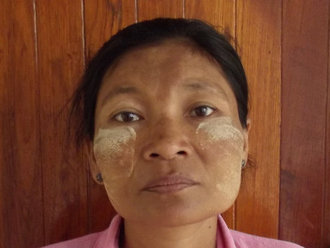 Daw San is 46 and lives on the Burmese side of the Thai-Burma border. She moved there 10 years ago to work and save money to send back to her aging mother. Lately she has felt fatigued, dizzy, and increased pain caused by cervical polyps. Daw San currently works as an agricultural day laborer and these symptoms make it extremely difficult for her to work. She knows that if the symptoms intensify she will have to stop working, but the hospital fees for treatment in Burma are equivalent to one year of her wages. For $880, Daw San will receive treatment to subdue her symptoms and increase her quality of life. The opportunity to receive treatment was once unimaginable for Daw San, but she is now hopeful for her future. After treatment Daw San says she "hopes to stop working doing heavy labor and instead open a small stall to sell refreshments to the workers." Let's give her the opportunity to live the life she wants to live! 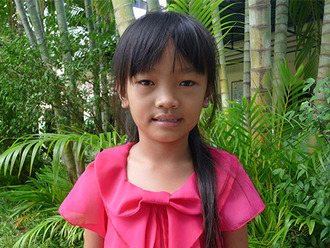 Chak Ry is a seven-year-old girl from Cambodia who is in the third grade and loves fried vegetables with beef! For the past three years, Chak Ry has complained about a sore throat. She has difficulty swallowing and gets fevers frequently. Local doctors have only been able to provide pain medication so far, but Chak Ry was recently diagnosed with enlarged and swollen adenoids and tonsils (a more serious condition) after visiting our medical partner in Cambodia. For just $225, we can provide Chak Ry with a tonsillectomy and adenoidectomy surgery that will improve her ability to swallow and ease her throat pain. 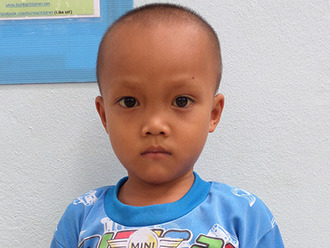 This is Chit Than, a sweet, six-year-old boy from a small village in Burma. Chit Than has been battling health issues every since he was an infant. Born with thalassemia, a genetic blood disorder that already took his older sister’s life, Chit Than experiences heart palpitations, a decreased appetite, and extreme fatigue, which has forced him to stop attending school and spending time with his friends. Chit Than is being raised by his aunt, who is also raising her four children and taking care of her elderly, disabled mother. She wants nothing more but her nephew to grow up healthy and strong. Chit Than’s mother works in Bangkok so she can send home money and her son can afford blood transfusions. He and his aunt travel regularly to Thailand so he can receive them, but his condition has worsened and now he needs surgery to overcome it. For $1,100, Chit Than can finally receive the help he needs, and will no longer have to trek across the border every few months to receive blood transfusions. Let’s get him this surgery so he can go back to school, play with his friends, and finally enjoy his youth! 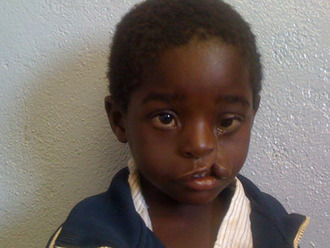 Phillip is a five-year-old boy living with his parents in Malawi. Phillip was born with a cleft lip, a congenital deformity that makes it difficult for him to eat and maintain a healthy weight. To make matters worse, Phillip was forced to stop attending school because of the social stigma. Phillip's parents sought treatment for their son at a local health facility, but the surgery he needs can only be performed at a hospital. As subsistence farmers, they cannot afford to leave their work to make the full-day trip to the nearest urban area. For $405, Phillip will receive cleft lip surgery in a local hospital. This surgery will make it possible for him to eat enough food to gain weight, but will also allow Phillip to return to school and his family to reintegrate into their community. 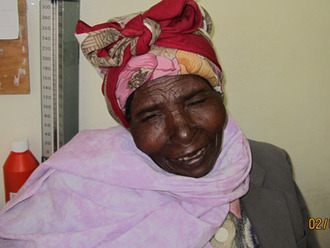 Esther is a lovely 80 year-old woman who has never missed a day of work in her life. Last year, while working on her small farm, Esther cut her hand with one of her tools. Esther's wound became infected and painful. She visited a clinic, and doctors diagnosed her with squamous cell carcinoma, a potentially fatal type of skin cancer. Left untreated, Esther's cancer could spread and lead to a premature death. Africa Mission Healthcare Foundation is requesting $750 to perform a wide local excision and skin graft. They expect this to, "remove the cancer and enable Esther’s wound to heal so she shall be able to continue with her daily activities without pain." Let's help hard-working Esther get back to the active life she loves! 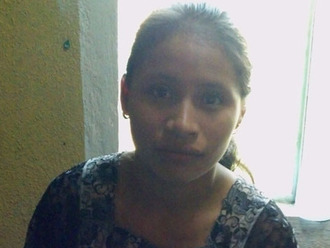 Maria is a young Mayan woman who was born without a left hand and wrist. She tries not to let this prevent her from living a normal life, but it's hard for her to accomplish basic tasks without pain. Maria speaks Q'anjob'al Maya, an indigenous language, but does not speak any Spanish. Because of language, distance, and financial barriers, she has never considered seeking medical help for her problem. For just $650, Maria can be fitted with a prosthetic arm. She is excited about the possibility of going about her daily life without pain. She also jokes that having a prosthetic arm will allow her to slap her husband if he "gets out of line!"