Erin joined Watsi on December 19th, 2017. 62 other people also joined Watsi on that day! Erin's most recent donation supported Ahmad, a baby from Tanzania, to fund surgery to help him breathe.

Erin has funded healthcare for 4 patients in 4 countries. 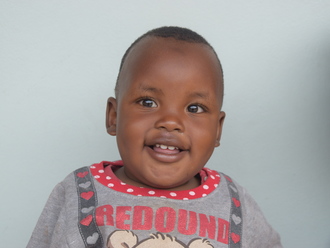 Ahmad is a baby from Tanzania. He is an only child to his young parents. Ahmad's father works at their local market selling vegetables and fruits. For five months, Ahmad has been experiencing difficulty breathing. He was recently diagnosed with enlarged adenoids, which are the soft tissue behind the nasal cavity. Without treatment, this condition will cause Ahmad's symptoms to persist and possibly even intensify. Our medical partner, African Mission Healthcare Foundation, is requesting $609 to fund an adenoidectomy for Ahmad, which is scheduled to take place on October 19. Surgeons will remove his adenoids, hopefully relieving Ahmad of his symptoms and helping him live more comfortably. Ahmad’s father says, “Please help us. We are unable to afford the surgery cost due to financial challenges.” 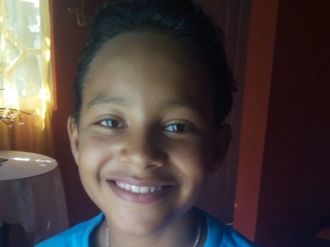 Andy is a 12-year-old boy from Dominican Republic. He lives with his parents. His mother works as an office administrator, and his father works as a chef to support their family. Andy enjoys going to school and watching baseball on TV. Andy was born with a complex congenital heart condition that involves many defects including one heart valve that does not open and close properly, causing blood to back up into his heart, and leaving him feeling weak and short of breath. Throughout his childhood, Andy has undergone many heart surgeries to repair his heart. This surgery is the last one he needs to repair his mitral valve. Andy will fly to the Cayman Islands to receive treatment. On August 31, he will undergo cardiac surgery. This $27,000 surgery is subsidized by Have a Heart Cayman. Andy's family also needs help to fund the costs of surgery prep. The $1,500 bill covers labs, medicines, and checkup and followup appointments. It also supports passport obtainment and the social workers from our medical partner, Haiti Cardiac Alliance, who will accompany Andy's family overseas. Although Andy is not from Haiti, Haiti Cardiac Alliance is collaborating with partners to make his surgery possible. "I would like to share my entire family's gratitude to everyone who is helping my son become healthy!" says Andy's mother. 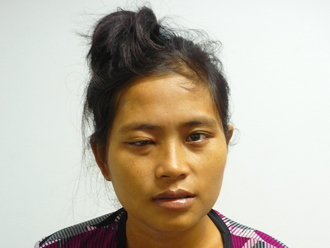 Blet is a 30-year-old woman from Burma who works as a farmer in order to support her elderly parents, daughter, niece, and nephew. In early June, Blet was hit in the nape of her neck by a tight bunch of bamboo as she was trying to pull the bunch apart. While she resumed working, Blet noticed dizziness and pain three days later when she was eating a snack. She hoped that the discomfort would get better on its own, but, six days later, her pain intensified to the point where she now feels as though her head might explode. Breathing is difficult, her left leg and hand tremble and ache, walking is slow and tough, and her right eye is swollen shut. Our medical partner, Burma Children Medical Fund, is requesting $414 to fund a CT scan for Blet in order to properly diagnose her condition. The scan is scheduled for July 4 and, once completed, will hopefully provide Blet with clarity regarding her current symptoms. 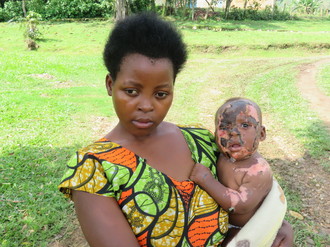 Sanctus is a beautiful five-month-old baby boy who lives in a rural village in Uganda. His parents, Caroline and Alex, are farmers and grow beans, cassava, maize, millet, and bananas for food. They also work as laborers in the community to provide extra income to support their family. Caroline enjoys weaving mats and visiting with friends and relatives in her spare time. She hopes to one day start a business to support her family and save for Sanctus's school fees. Sanctus was a happy and thriving baby boy until one day when his parents were out working and his siblings found a tin containing acid. They played with it, and Sanctus accidentally was injured and badly burned. Caroline took Sanctus to the nearby clinic but was unable to afford his care. Caroline's close friend had heard about Bwindi Community Hospital, a Watsi care center, and advised her to take Sanctus there to receive treatment. He will need burn treatment relieve his pain and restore his body's ability to heal properly. His family is seeking $530 to fund his medical expenses. He is scheduled to receive treatment on September 10.