Lizzy has funded healthcare for 11 patients in 7 countries. 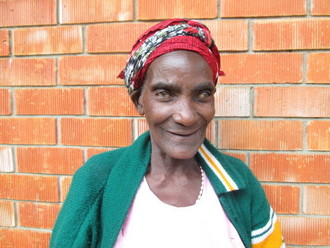 Bakundababu is a farmer from Uganda. She is a widow and a mother of two girlsr. Since 2012, Bakundababu has been experiencing abdominal pain. She has been diagnosed with an ovarian cyst. She needs to undergo a hysterectomy, a procedure in which surgeons will remove her uterus. Our medical partner, African Mission Healthcare Foundation, is requesting $268 to fund Bakundababu's surgery. On October 16, she will undergo gynecological surgery at our medical partner's care center. Once recovered, Bakundababu will be able to resume her daily activities free of pain. She says, "After surgery I will be able to do simple work at home." 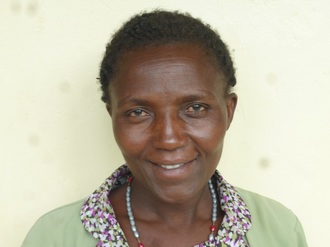 Anna is a 46-year-old widow from Uganda who works very hard to send all five of her children to school. Anna is a subsistence farmer, growing food on rented land and selling any extra crops in the market for a small cash income. She additionally works as a farm laborer to supplement what she earns. In her spare time, Anna heads the savings and loan association in her village that helps members take out small loans to pay for needed items and school fees. She is also an active member of her church, leading her village's fellowship group. For two years, Anna has had a very painful inguinal hernia that has affected her ability to work. Doctors have recommended surgery, however Anna is only able to subsidize $7 of the treatment's cost. Our medical partner, The Kellermann Foundation, is requesting $229 to fund Anna's surgery. The procedure is scheduled to take place on July 3 and, once completed, will hopefully allow Anna to live more comfortably. After surgery, Anna is looking forward to being able to work full time so she can grow more food for her family. “I am so happy to have received this assistance," says Anna. "I would like to tell all the donors thank you for what they have done to help me.” 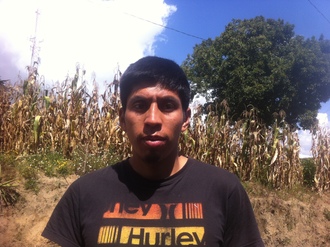 Hilario is a 23-year-old man from Guatemala. He works as a shoemaker in a local workshop to support his young children, wife, and grandfather. He lives with his family in a cinderblock house with a tin roof and a dirt floor. Hilario's loves to play soccer and go to church. Recently, however, his vision began to worsen. He could no longer play soccer, and he worried that he would become unable to work. In October 2016, Watsi donors funded Hilario's cataract surgery. However, when Hilario arrived for his scheduled surgery, his doctor realized that he did not have cataracts. He simply needed glasses to correct his poor eyesight. On December 5, Hilario received a new pair of glasses. Our medical partner, Wuqu’ Kawoq, is requesting $552 to pay for Hilario's transportation from his rural village, his evaluation by an ophthalmologist and an optometrist, a custom pair of glasses, and follow-up care to adjust and correct his glasses. "I need glasses to help improve my vision because I cannot recognize people or things from far away, which makes it hard to work and even go out and walk on my own," says Hilario. "I appreciate the support because I don't have the resources to buy glasses." 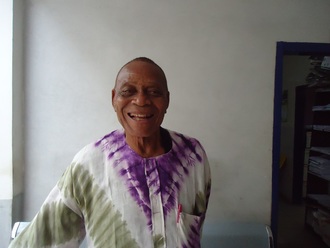 Meet Grant, a 78-year-old man from Nigeria. Grant is dealing with the effects of benign prostatic hypertrophy with urinary retention. Essentially, this means that Grant has difficulty urinating. Patients with this condition often have trouble emptying their bladder completely, constantly feel as though they need to urinate, or still feel as though they need to urinate even after they are finished. Our medical partner, Hope for West Africa (HFWA), explains, “Grant has been dealing with the inability to pass urine for two years (with a regular infection) as a result of a permanent catheter that was inserted.” With this uncomfortable condition, everyday activities are a struggle. However, for $1,465 Grant’s catheter will be removed and, according to HFWA, “The treatment will enable Grant to live a normal life without urine retention and recurring infection.” Grant is the patriarch of a large family and is excited for the time when he will be able to spend for time with them once again. “Grant is married with seven children,” says HFWA. “He is a loving father and a grandfather. He looks forward to spending more time with his grandchildren when the catheter is removed.” 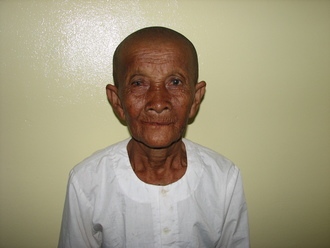 Meet Soeun, a 75-year-old woman from Cambodia. Our medical partner, Children's Surgical Centre (CSC), tells us, "Soeun is married with two sons, five daughters, and 20 grandchildren. She enjoys listening to the monks praying." CSC continues, "Soeun developed a cataract in each eye five months ago, and since then she has been partially blind." A cataract occurs when the lens of the eye becomes clouded with age, causing loss of vision and may also lead to blindness. As a result of her cataract, CSC shares "Soeun feels so bored because it is hard for her to do any work, or to walk and go anywhere outside by herself." For $225 Soeun will receive a surgery where the clouded lens of her eye will be removed and replaced with a clear lens implant. CSC says this treatment will enable "Soeun to see clearly again and regain her independence." After surgery, CSC says "Soeun hopes to see everything more clearly and be able to do any work by herself. She hopes after treatment it will also make it easy for her to go to the pagoda and join in any ceremony." 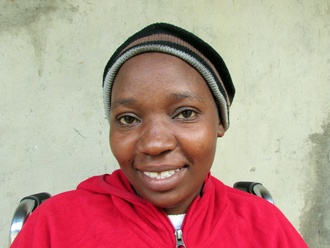 "I always wanted to go into the beauty industry. I dream of one day owning a small beauty shop," says Mary, a 29-year-old wife and mother of two from Kenya. Our medical partner, African Mission Healthcare Foundation (AMHF), tells us, “Mary started losing feeling in her legs a couple of years ago. She is now no longer able to walk or feel her legs.” Mary’s condition is the result of a brain tumor compressing the area of her brain that controls leg movement. The recommended treatment for Mary is a craniotomy—a surgical procedure in which doctors open the skull to access the brain and them remove the tumor. “If the surgery is not done soon,” explains AMHF, “Mary is likely to suffer permanent brain damage and/or death.” For $1,205 in funding, Mary can undergo the needed surgery. Mary’s family members and friends have raised $325 to cover any additional medical costs. “We expect that after the surgery and treatment, Mary will regain use of her legs, and she will be able to work towards her dream of becoming a small business owner,” AMHF shares. Let’s help Mary get the surgery she needs! 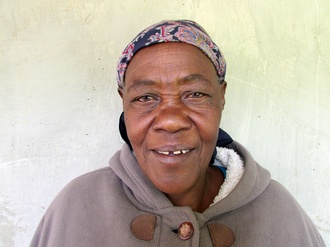 “I love working on my small farm. It is the source of meals for me and my husband. I have had to get someone to help on it and this is not an expense that I can afford. I want to be well enough to work on it myself again.” Meet Mary, a 67-year-old mother of seven from Kenya. According to our medical partner, African Mission Healthcare Foundation (AMHF), “Mary has suffered from stomach pain for almost ten years. She is in constant discomfort around her abdomen and this has made it difficult for her to work on her farm.” Her pain and discomfort occurs as a result of symptomatic cholelithiasis, a condition that involves the presence of gallstones in the biliary tract. If her condition goes untreated, “Mary will continue experiencing pain and may suffer jaundice, rapid heartbeat and abrupt blood pressure drop. The gallstones could also lead to infection and inflammation of the gallbladder.” The fact that Mary’s gallstones are symptomatic calls for surgical intervention. Mary’s family is subsidizing the treatment with $220 of their own funds, and with another $620, we can help fund a curative laparotomy—a surgical incision into the abdominal cavity to remove the gallstones. AMHF expects Mary’s discomfort and pain to end after her surgery and subsequent recovery. 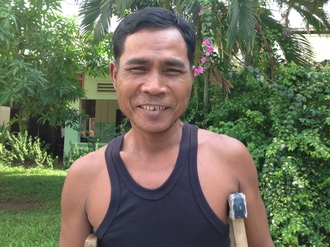 Meet Neath, a 51-year-old man from Cambodia. “Neath has two sons, two daughters and three grandchildren,” says our medical partner, Children’s Surgical Centre (CSC). “He likes to watch Khmer news on the TV and listen to Khmer traditional music.” Two months ago, Neath suffered a two meter fall while working on his house. The result of the fall was a femoral neck fracture, an injury of the femur bone leading up to Neath’s hip. “Since then he has needed crutches to get around, and has not been able to work or help his family around the house,” CSC reports. “He feels very sad and guilty for not being able to provide support to his family.” In order to repair Neath’s broken bone and restore the proper function and mobility of his hip, Neath needs an open reduction and internal fixation surgery. This procedure entails breaking and realigning the bone, and fixing any loose fragments. Often times, bone grafting is also needed between the fragments to promote healing. For $405 we can fund Neath’s surgery, as well as the necessary anesthetics, post-operative medication, and physical therapy. Let’s help Neath walk again so that he can return to work and continue supporting his large family in Cambodia! 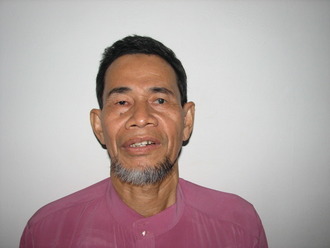 “I miss reading books the most,” shares a now-hopeful Sman. 67-year-old Sman works as a schoolteacher and has four children and six grandchildren. He traveled six hours to reach our medical partner in Cambodia, Children’s Surgical Centre, in need of cataract surgery to restore his eyesight. His doctors explain, “Sman's vision began to blur about a year ago. He is now partially blind because of the cataract in his left eye. He cannot read anymore which makes it hard for him to work as a teacher.” For $150, we can cover the cost of Sman’s cataract surgery, allowing him to return to life as normal. With improved vision, Sman will be able to teach and read his beloved novels once again! 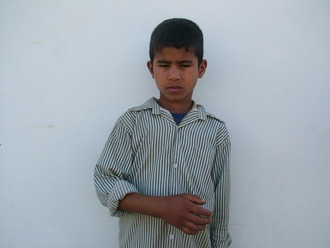 "Devindra studies in grade 5 and enjoys trying difficult math problems," Possible tells us about this ten-year-old from Nepal. "He also likes to play volleyball with his friends whenever he has spare time." Recently Devindra met with a small accident while getting groceries. "...he fell on the outstretched right hand," Possible writes. "After this he developed pain and swelling at the wrist. He is not able to move his hand properly due to pain." This means that right now Devindra isn't able to do too many math problems - and is missing a little school, too. "He studies hard and we don't have to pay for his studies because he gets scholarships almost every year," Devindra's father says. By raising $205 to cover the cost of care for Devindra's wrist fracture, we can ensure that this young and intelligent boy continues to earn scholarships, solve math problems, and play as much volleyball as he possibly can. 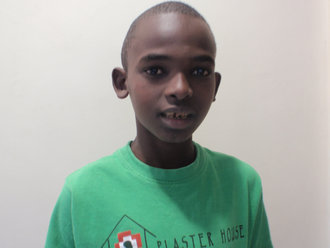 “I hope to become a surgeon when I grow up,” Edward says. Edward is a 12-year-old boy who lives in Tanzania with his family. He is the oldest of four children, likes math the most in school, and is really responsible; he actually enjoys helping his parents with daily chores! Edward also likes to play soccer, but his knee condition prevents him from being able to play or even walk long distances. Edward has severe bilateral genu valgus, a condition which causes his knees to bend inward, knocking them together as he walks. "If not treated, Edward will develop early osteoarthritis," Watsi's medical partner writes. Edward will need to have bilateral distal femoral osteotomic surgery to correct his condition. As much as his parents would like to see their son walk well with ease, the surgery cost is just too high for them to afford. But with $555, we can pay for his healthcare and help him out.