Robert has funded healthcare for 75 patients in 13 countries. 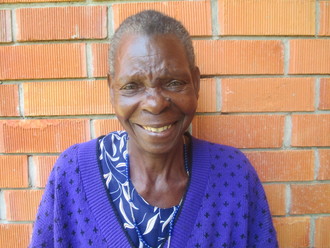 Kyoheirwe is a 60-year-old married mother to seven children, but with only three living. One child is a tailor and the rest are married and small scale farmers. She also earns a living through small scale farming however the money she earns from her farm can’t enable her to undergo her surgery. Kyoheirwe arrived at the hospital with a history of postmenopausal bleeding. Her condition is associated with lower abdominal pain, backache and uterine prolapse. This has made her have a poor quality of life and if not treated, there may be a persistence of symptoms and complications like anaemia. At Nyakibale hospital, she was advised to have an obstetric scan whereby a diagnosis of uterine prolapse was confirmed and a trans vaginal hysterectomy treatment was recommended as a treatment for the betterment of her health. She decided to come for help because she couldn’t afford the cost of her surgery. 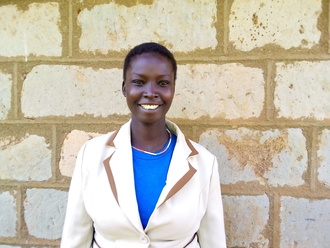 Monica is a farmer from Kenya. She is a widow and a mother of four ranging between 11 and 2 years of age. Sadly, she lost her husband in February 2018 after he was attacked by bandits and his cattle raided. Monica didn’t go to school when she was young, so she can’t write, read or talk the national language of Swahili. Since her cattle were taken, Monica embarked on farming millet and sorghum in the farm left by her late husband. Monica arrived at the hospital after she was assaulted by someone she knows two weeks ago and sustained injuries to her right hand. She is not able to work and is in persistent pain. Fortunately, surgeons at our medical partner can help. On January 28th, Monica will undergo a fracture repair procedure, called an open reduction and internal fixation. This procedure will help her heal and use her hand again. Now, our medical partner, African Mission Healthcare Foundation, is requesting $771 to fund this procedure. Monica’s brother says, “Or hope is for her to get treated, she is the sole breadwinner to her family.” 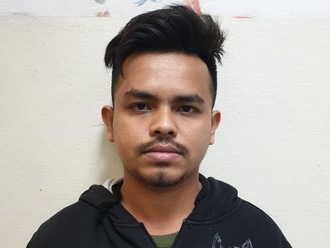 Nimol is a 24-year-old carpenter from Cambodia. He has two older brothers and an older sister and enjoys playing soccer, listening to music, and going for walks with his friends. In December 2018, Nimol was in a motorcycle accident and fractured in lower left leg. He sought initial treatment for his injuries at a provincial hospital where doctors fitted Nimol with internal hardware to help his fracture heal. Now, his bones have healed properly and Nimol needs the hardware to be removed so he can feel comfortable again. Fortunately, surgeons at our medical partner, Children's Surgical Centre, can help. On February 21st, Nimol will undergo a hardware removal procedure, which will cost $230. Treatment will remove the internal hardware and allow him to walk with comfort. Nimol shared, "I hope that the plate and screws will be removed and my bones will be healed without anymore pain." 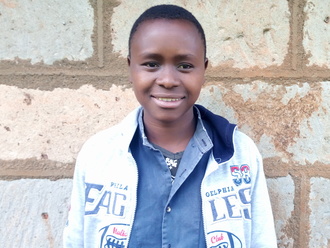 Joel is a 21-year-old nursing student. Two years ago, Joel started feeling some pain at the back of his throat. He is now struggling with symptomatic tonsillitis grade two hypertrophy and has been managing the condition with medications. However, he was reviewed and surgery recommended to control the recurrent condition. Joel is not able to sleep well at night, swallows with difficulties and has lost considerable weight due to poor appetite. Joel comes from a humble background. His parents are peasant farmers relying on maize farming to provide for their four children. Their income is usually strained by school fees demands and daily upkeep. Joel, who hopes to become a nurse, has been missing classes from time to time due to lack of school fees. His parents are not able to raise the funds needed and he appeals for help. 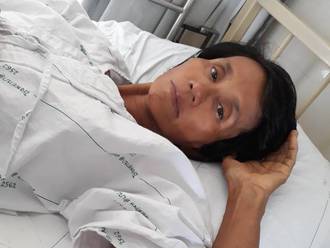 Mi is a 57-year-old teacher from Thailand. She lives with her family in Mae Sot. Her husband is a day laborer, two sons of her go to school, and her daughter is a seamstress in the factory. Mi has a fracture in her left hip bone. With the help of our medical partner, Burma Children Medical Fund, Mi will undergo surgery to reset her fractured bones and ensure proper healing. The procedure is scheduled for July 12 and will cost $1,500. She will be able to walk and teach again. Her husband says, “I feel very sad to see my wife in pain." 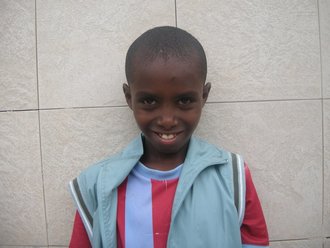 Seid is a child from Ethiopia. Seid was born with hypospadias, a congenital abnormality that causes urinary dysfunction. Without treatment, he will continue to experience uncomfortable symptoms and will be at risk of infertility. Fortunately, Seid is scheduled to undergo corrective surgery on August 6. Our medical partner, African Mission Healthcare Foundation, is requesting $1,231 to cover the total cost of his procedure and care. "It is my hope my child will get the necessary treatment," Seid’s mother says. 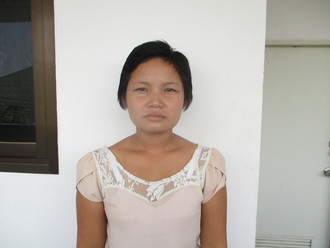 Tin is a 25-year-old woman from Burma. She is a mother of two daughters and she lives with her family in the village in Kyain Seikgyi Township, Karen State. Since December of 2018, Tin has been experiencing lower abdominal pain. She has been diagnosed with a dermoid cyst. She has been advised to undergo a total abdominal hysterectomy, the surgical removal of her uterus and cervix. If left untreated, Tin's symptoms will continue to worsen and put her at risk for further health complications in the future. Fortunately, Tin is scheduled to undergo her hysterectomy on March 26. Our medical partner, Burma Children Medical Fund, is requesting $1,500 to cover the total cost of her procedure and care. Once recovered, she will no longer suffers from abdominal pain and she will be able to be with her family happily again. Tin says, “I miss my daughters and I want to have surgery soon. I want to get well and return home. I want to live my life freely without any disease in my body.” 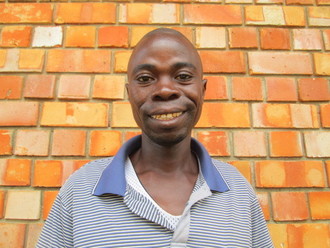 Baguma is a mechanic from Uganda. He is married and a father of six children. For nine years, Baguma has had an inguinal hernia. This hernia causes him pain and discomfort and if not treated, the hernia may result in intestinal tissue damage and death. Fortunately, on March 13, he will undergo hernia repair surgery at our medical partner's care center. Our medical partner, African Mission Healthcare Foundation, is requesting $249 to fund Baguma's surgery. Once completed, this procedure will hopefully allow him to live more comfortably and confidently. He says, "After surgery I will resume with my work.’’ 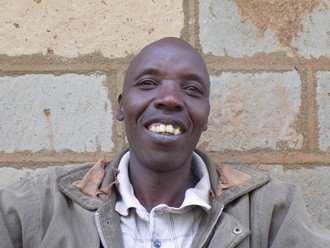 Nafthali is a laborer from Kenya. He has four sons. Nafthali was injured in early April. He sustained fractures in both legs, and he is not able to walk. Fortunately, surgeons at our medical partner can help. On April 18, Nafthali will undergo a fracture repair procedure, called an open reduction and internal fixation. This procedure will help him walk easily again. Now, our medical partner, African Mission Healthcare Foundation, is requesting $968 to fund this procedure. He says, "I am humbly requesting for assistance to cover my surgeries so that I can be able to provide for my children.” 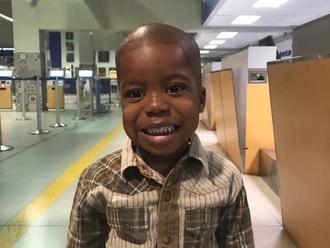 Mavelt is a preschooler from Haiti. He lives with his parents and younger brother in a neighborhood of Port-au-Prince. He likes watching cartoons and drawing. Mavelt has a cardiac condition called Tetralogy of Fallot. This condition involves several related defects including a hole between two chambers of the heart, and a muscular blockage of one of the valves. Mavelt will fly to the United States to receive treatment. On April 19, he will undergo cardiac surgery, during which surgeons will close the hole in his heart with a patch, and remove the muscular blockage. Another organization, HeartGift Foundation, is contributing $18,000 to pay for surgery. Mavelt's family also needs help to fund the costs of surgery prep. The $1,500 bill covers labs, medicines, and checkup and followup appointments. It also supports passport obtainment and the social workers from our medical partner, Haiti Cardiac Alliance, who will accompany Mavelt's family overseas. His mother says, "My son's heart has been making him very sick, and so I was very happy to learn he can have surgery!" 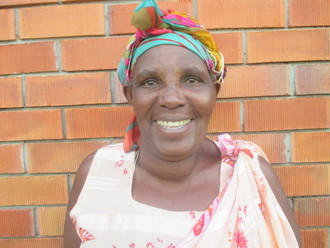 Kakindo is a small-scale farmer from Uganda. She is a widow with one child. 25 years ago, Kakindo began to experience troubling symptoms, including shortness of breath, disfigurement, and difficulty swallowing. She was diagnosed with a goiter. She needs surgery to prevent her symptoms from getting worse. Our medical partner, African Mission Healthcare Foundation, is helping Kakindo receive treatment. She is scheduled to undergo a thyroidectomy on March 5 at our medical partner's care center. Surgeons will remove all or part of her thyroid gland. This procedure will cost $240, and she and her family need help raising money. Kakindo says, “I will continue with cultivation after surgery to get survival.” 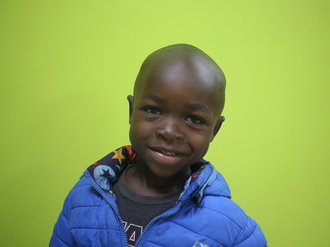 Victor is a young boy from Kenya. He is the youngest in his family. Unfortunately, his father passed away last year. He is being raised by his mother. Victor was born with an unusual condition in both feet. He underwent surgery on his left foot in 2017, and his foot has healed well. He now needs to undergo the same surgery on his right foot to help him walk comfortably. Surgery is scheduled for March 11 and will cost $1,165. His mother says, "I am humbly requesting for further support from Watsi for my son to walk well without any difficulty."