Emily joined Watsi on November 28th, 2016. 35 other people also joined Watsi on that day! Emily's most recent donation supported Aung Kyaw, a father from Burma, to fund a CT Scan.

Emily has funded healthcare for 3 patients in 3 countries. 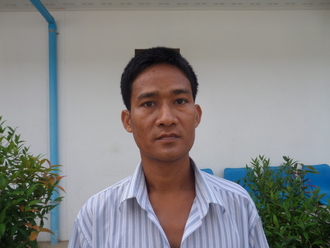 Aung Kyaw is a 42-year-old husband and father of three children from a village in Burma. Over a decade ago, in August 2002, Aung Kyaw began to experience nausea, abdominal pain, and vomiting. After being admitted to a hospital in Rangoon, he was diagnosed with gastroenteritis, an intestinal infection that causes cramps and nausea. After receiving an IV line and oral medicines, he was discharged. However, over the next decade, Aung Kyaw's symptoms repeatedly returned. He visited numerous hospitals, only to receive the same diagnosis and the same medicines. Eventually, he realized that these clinics were not addressing the cause of his illness. Thus, in July 2015, he traveled eight hours to visit our medical partner's care center, Mae Sot General Hospital. He was diagnosed with a tumor in his abdomen. He is scheduled to undergo a CT scan on December 8, and he will receive the results on December 15. Due to his health condition, Aung Kyaw has not worked for the past decade. His wife currently works as a rubber merchant, but her earnings are only enough to cover general family expenditures, and the family is in debt. For this reason, our medical partner is requesting $414 to fund this CT scan. Aung Kyaw hopes to be fully cured so that he can return to work in his plantation. "My wife has turned into so many colors in the past years," he said. "She turned pale when my condition got worse. She turned red when I had to visit the hospital, which meant our savings were gone. But if my illness is cured, she will become ecstatic and turn rainbow." 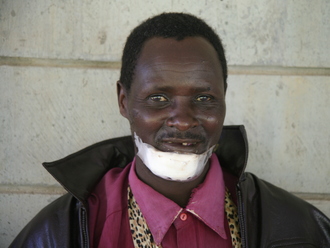 On December 10, Wamutwe was in a road accident that left him with a fractured radius and injuries on his legs and lower jaw. After the accident, he received first aid, and a cast was applied to his injury. Wamutwe has not been about to work since the accident. Without treatment, he risked infection, a fracture malunion, or permanent disability. Fortunately, Wamutwe underwent an open reduction internal fixation procedure on December 21. Wamutwe sells boiled pork meat in the local shopping center. His wife is a farm laborer, and they have five children. Wamutwe and his family live on their ancestral land in a three-roomed house. He cannot afford healthcare, so our medical partner, African Mission Healthcare Foundation, is requesting $640 to fund this procedure. “I want to be well to continue providing for my family and wife," says Wamutwe. 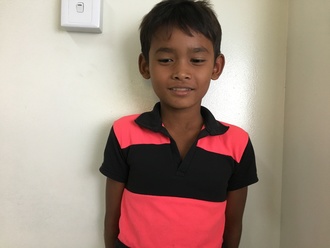 Saorith is ten years old and in the third grade. He has three older sisters and two older brothers. He likes to draw pictures and read books in his free time. When Saorith was four years old, he developed an ear infection that spread to both ears and caused a perforation of the tympanic membrane in both ears. He was treated with ear drops, but his symptoms did not improve. Since then, he experienced ear discharge, hearing loss, pain, and buzzing in his ears. He had difficulty hearing at school, and he was in pain. Saorith's parents learned about our medical partner, Children's Surgical Centre (CSC), from an NGO in Phnom Penh that specializes in hearing disabilities. The family traveled for six hours to seek treatment. On December 13, ENT surgeons at CSC performed a mastoidectomy procedure in Saorith's right ear to relieve him of his symptoms. After recovery, Saorith's hearing will improve. Now, CSC is requesting $842 in funding. "I hope the operation stops the ear discharge and gives me good hearing," says Saorith. "I want to be a doctor."