Dean joined Watsi on September 17th, 2013. 12 other people also joined Watsi on that day! Dean's most recent donation traveled 8,800 miles to support Chetra, a bank teller from Cambodia, to fund back surgery.

Dean has funded healthcare for 10 patients in 7 countries. 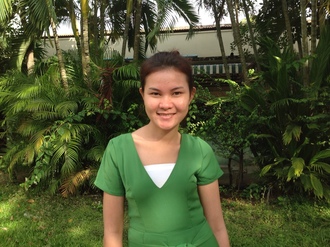 Chetra is a bright 24-year-old bank teller from Cambodia. She is one of six siblings. She likes to read magazines and listen to pop songs in her free time. At a young age, Chetra's spine began to curve. She was diagnosed with a condition called scoliosis. Scoliosis is a lateral curvature of the spine that causes it to bow out to the side instead of taking a natural vertical shape. The curvature has limited her ability to bend and has continued to cause pain well into her adult years. If left untreated, her spine may continue to to bend and even twist. This misalignment could cause pain in her back and pressure on her ribs. At her most recent hospital visit, Chetra's physicians recommended a joint arthrodesis procedure to correct her scoliosis. Surgeons will attach hardware to the curved part of Chetra's backbone to promote straightening and stabilizing of her spine. Our medical partner, Children's Surgical Centre, is requesting $450 to fund Chetra's back surgery, scheduled for January 18. Chetra's back surgery will help alleviate the pain she is experiencing and greatly improve her quality life. 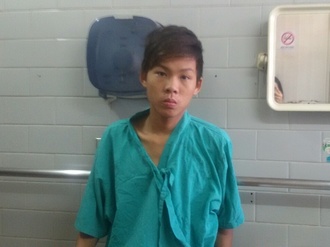 Yan Pai is a 16-year-old boy from Burma. His mother works as a laundress and a day laborer, planting and picking corn. He left school one year ago because his family could no longer afford tuition. Since then, Yan Pai has been working as a day laborer. For a few months, Yan Pai was experiencing pain in his leg. He tried to continue working, even taking a new job in a furniture shop. Recently, however, the pain grew so severe that Yan Pai found walking difficult and he began using crutches. X-rays showed an abnormal growth in his leg. He was referred to our medical partner for further investigation. On October 17, Yan Pai underwent an MRI. Watsi donors are currently funding this [procedure](https://watsi.org/profile/a9e34854b22c-yan-pai). From this MRI, Yan Pai’s doctor discovered a tumor in his left leg. On November 9, he performed surgery to remove the tumor. Now, Yan Pai’s family needs help to fund this $1,500 procedure. 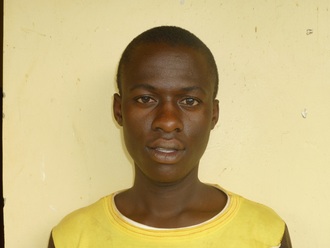 Meet Justice, a friendly twenty-two year old man from Uganda. Justice and his widowed mother live with her other children and grandchildren in a small farming village. When Justice was not in pain, he enjoyed running in the nearby hills. Justice went to the hospital in considerable pain, and was advised that he has a strangulated hernia. His mother works, but her salary is not enough to pay for the hernia surgery. Justice has been unable to work because of the pain from his hernia. For $229, Justice will undergo hernia repair surgery at Bwindi Community Hospital. After surgery, he hopes to find work so he can help support his mother and his young niece Mackilin, who lives with them. “I want to say thank you very much to all the people helping me. It is a gift from God,” Justice shared. 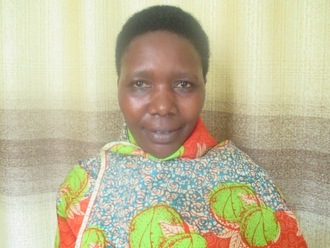 Katusiime is a 40-year-old woman living in Uganda with her husband and four children. Our medical partner, African Mission Healthcare Foundation (AMHF), shares, “Apart from the little subsistence farming that Katusiime does, she is mainly a house-wife who stays at home and looks after her four children.” Her husband, the family’s primary financial earner, is a teacher, whose salary is used to pay the school fees for their children. Since 2010 Katusiime has had a thyroid goiter, a condition where the thyroid gland is enlarged. “Katusiime went to a government hospital where surgery was recommended but she could not afford to pay for it,” AMHF explains. “Her condition worsened this year after Katusiime started having difficulties swallowing food.” “Katusiime experiences pain while sleeping and can no longer carry heavy things, like produce, from the farm,” AMHF continues. “She gets fevers and feels cold all the time. All these symptoms have left Katusiime very helpless because she can no longer work as well as before.” $170 will cover the cost of Katusiime’s thyroidectomy surgery, which will remove her thyroid and alleviate her pain. This will allow her to recover fully and continue working in her garden and taking care of her family. AMHF reports that, “If not treated, Katusiime may experience respiratory embarrassment and have an increasingly difficult time eating.” “I hope to be free from the pain and work harder,” shares Katusiime. 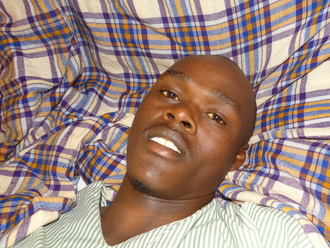 John is a 21-year-old man from Kenya, and the fifth born child in a family of eight. “John, like his siblings, dropped out of school in class seven (primary school) because his parents could not afford the school fees,” shares our medical partner, African Mission Healthcare Foundation (AMHF). John now works for a neighbor cutting down trees. “John had been well and very active until he recently fell from a tree and broke his leg,” says AMHF. John has been diagnosed with a fracture in his femur. He is experiencing pain and cannot use his right leg. “If not treated, John will be in severe pain and the delay in treatment may lead to a mansion, meaning John will not be able to use his leg again,” says AMHF. With $1,125 in funding, John will undergo open reduction and internal fixation (ORIF) surgery. During surgery the doctor will insert a rod or large nail into the center of the bone, which will help to support it as it heals. “I am now a grown up man and I can't depend on my parents and brothers,” shares John. “I hope to get assistance for this surgery and I hope that my leg will heal soon so that I can continue with my job. I am planning to raise some money so that I can start my own family.” 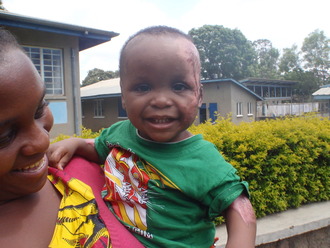 “I pray that my son’s arms can be straightened so that he can stretch his arms, freely play and continue to grow normally,” shares Aaron’s mother. Meet Aaron, a happy and active one-year-old baby boy from Tanzania! Aaron enjoys being close to his mother and likes playing with toys. Last September, while Aaron was crawling around, he bumped the charcoal stove and a pot of boiling water spilled on him. According to our medical partner, African Mission Healthcare Foundation (AMHF), “Aaron suffered severe burns and had to spend months in the hospital. Although his wounds healed, Aaron developed contractures on both of his elbows.” Now, due to burn scar contractures on his elbows, Aaron cannot stretch his arms completely. Aaron’s mother is a homemaker and his father is a truck driver, struggling to provide for his family. “After spending so much money at the hospital, Aaron’s parents can no longer afford the cost of surgery, which their son needs,” says AMHF. In order to perform daily activities and tasks efficiently, Aaron needs a single contracture release, a $550 treatment that will allow him to have straight, flexible, and functional arms. 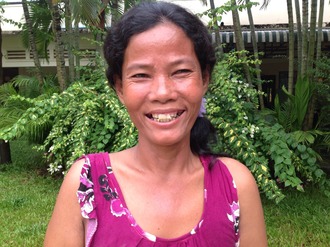 "Thang is excited to have her arm at full strength again so she can return to work on her fishing boat," our medical partners at Children's Surgical Centre (CSC) tell us. Thang is a 48-year-old mother and grandmother in Cambodia who has a broken right arm. Thang has four children and seven grandchildren. In her spare time she likes listening to music on the radio and watching Khmer television. "About two months ago, Thang was working when she fell down and broke her forearm," says CSC. As a result, "She cannot lift any weight with her right arm," explains CSC, and she is unable to work. Furthermore, Thang must rely heavily on her husband, creating an undue burden to the family. $405 will cover the cost of an open reduction internal fixation surgery (ORIF), a procedure that will allow Thang to regain the use of her right arm and relieve her of the pain she currently experiences. Let's help Thang get healthy and return to work! 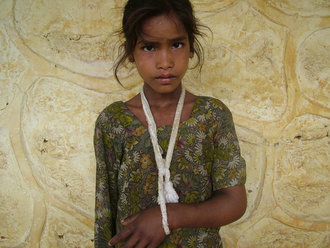 This is Ujjala. She loves school and works hard. But while collecting firewood for her family, she fell out of a tree and broke her left arm. The break is preventing her from doing her normal activities, like cooking, cleaning, washing clothes, and attending school. "Ujjala studies in Class 2, and likes to go to the school as she can be around with friends and learn new things," our hospital partner writes. Her family farms, but they own very little land, so her older brother goes to work in India every year for wage labor. Even with this, they barely make ends meet. To fix her arm, Ujjala needs to have a cast applied after a reduction procedure. This will allow her arm to heal, giving her relief from the pain she’s experiencing and making her able to go back to school. The treatment costs $205, which is out of the reach of Ujjala’s family. Let’s pitch in so she can continue her studies! 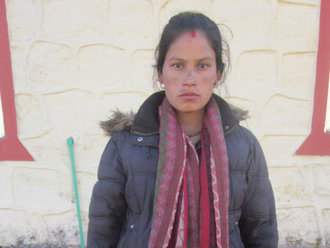 Gayatra is in danger of permanent disability because of an accident that happened 18 years ago. When she was just three years old, Gayatra fell off of a balcony and fractured her foot. Her family hoped she'd be able to travel to Kathmandu for surgery, but they couldn't afford the associated costs, and her injury went untreated. Today, Gayatra is living with a contracture deformity, a stiffening of the ligature, in her right foot. This has made it difficult for Gayatra to do basic things, like walk and perform household chores. Gayatra needs surgery even more now than she did 18 years ago. With our $1,415, she'll receive treatment that will improve her mobility and prevent permanent disability. Post-recovery, Gayatra will be able to stand, walk, and complete household work with increased ease. 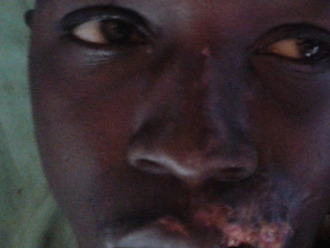 Youssouf is a dynamic young artist who livens evenings beneath the stars with the music of his balafon (a wooden percussion instrument similar to a xylophone). Youssouf lives in the West African nation of Mali. One day, on his way home from a cattle market, Youssouf was in a car accident which broke his thigh and jaw bone, and caused numerous wounds on his back and face. Due to financial constraints, Youssouf’s parents used traditional treatments for his injuries which further complicated his condition with infection. Youssouf now needs more skillful medical care to ensure his bones heal properly and to fight his current infections. For $1,475, we can fund Youssouf’s treatment and put him on the road to recovery. Youssouf is looking forward to making music again when he's better!