Bonnie has funded healthcare for 50 patients in 11 countries. 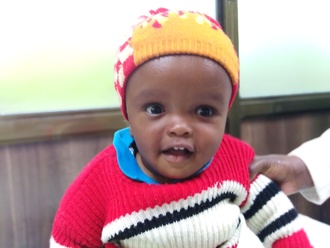 Meet Jeff a one-year-old boy from Kiambu County in Kenya. He is a jovial and friendly boy, the only child of Shadrack and Catherine, a young couple. His father operates a Boda Boda taxi along the village, while his mother is a housewife. Jeff was born through a c-section at Kenyatta National Hospital and was discovered to have multiple birth deformities including spina bifida, hydrocephalus, clubfoot, and a hip condition. He stayed in the hospital for more than 2 months in the nursery and where the spina bifida and hydrocephalus conditions were treated. He has undergone hip surgery at Watsi Medical Partner care center CURE Hospital, where an x-ray reflected that he has healed. He is now scheduled to undergo a Rt hip open reduction and pelvic osteotomy treatment which will enhance his ability to stand and later walk like other children. He will later undergo surgery to correct his clubfoot. His family is a young couple who recently got married, they cannot afford the estimated bill at the hospital and thus requested for help. “The only challenge we have is the hospital bill. We are pleading for help so that our son can walk like other children,” Shadrack and Catherine, Jeff’s parents pleaded. 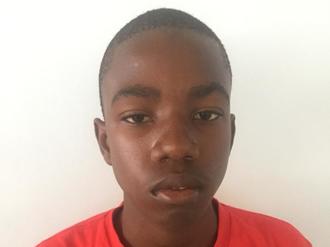 Jean is a student from Haiti. He lives with his parents and brothers in a neighborhood of Port-au-Prince. He is in the eight grade, and before becoming sick he enjoyed playing soccer regularly. Jean has a cardiac condition called rheumatic mitral and aortic regurgitation. Two of the four valves of his heart were severely damaged by a rheumatic fever he suffered in childhood, and can no longer adequately pump blood through his body. Jean will fly to the Dominican Republic to receive treatment. On October 28th, he will undergo cardiac surgery, during which surgeons will attempt to repair his two damaged valves; if they are unable to do so, they will implant artificial replacements. Another organization, The Mitral Foundation, is contributing $7500 to pay for surgery. Jean's family also needs help to fund the costs of surgery prep. The $1,500 bill covers labs, medicines, and checkup and followup appointments. It also supports passport obtainment and the social workers from our medical partner, Haiti Cardiac Alliance, who will accompany Jean's family overseas. Jean said, "I am very excited to have this chance to get my heart fixed!" 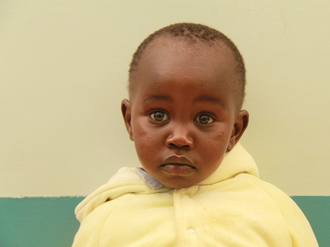 Duncan is a young boy from Kenya, who was 1 month old when he was diagnosed with distal hypospadias. This is a condition where the urethral opening is abnormally placed. His mother took him to the nearest hospital and was referred to a Watsi partner hospital. In March 2018, she brought Duncan to Kijabe and had one successful surgery performed on him. Duncan needs a second surgery to complete his treatment but his family faces a financial crisis to pay for it. Duncan is the second born of two children and lives with his parents and sibling in Eastern Kenya. His parents are peasant farmers without an external source of income. They are not able to raise the funds needed. Our medical partner, African Mission Healthcare Foundation, is requesting $700 to cover the total cost of his procedure and care. “I am more hopeful than ever, that my son will get treated,” says Duncan’s mother. 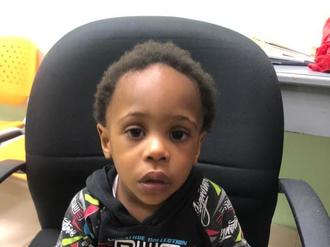 Coldy is a baby from Haiti who lives with his mother and father in a neighborhood of Port-au-Prince. Coldy has a cardiac condition called ventricular septal defect. A hole exists between the two lower chambers of his heart; blood leaks through this hole without passing through his lungs to obtain oxygen, leaving him weak and short of breath. Coldy will fly to Dominican Republic to receive treatment. On November 14th, he will undergo cardiac surgery, during which surgeons will close the hole in his heart using a patch. Another organization, Gift of Life International, is contributing $5000 to pay for surgery. Coldy's family also needs help to fund the costs of surgery prep. The $1,500 bill covers labs, medicines, and checkup and followup appointments. It also supports passport obtainment and the social workers from our medical partner, Haiti Cardiac Alliance, who will accompany Coldy's family overseas. From Coldy's mother, "I am hopeful that after his surgery my son will start eating better and gaining weight!" 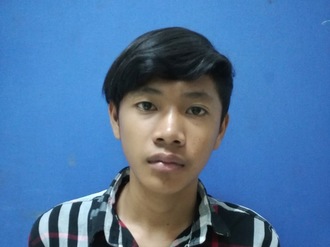 Kakada is sixteen years old and enjoys reading books, playing soccer, and listening to music. Since the age of five, Kakada started showing signs of a curve in his spine. Over time, the curve has worsened, and now the spine deformity causes difficulty breathing, sleeping, walking, and an overall uncomfortable life. Surgery will help to straighten out and realign his spine, allowing him to breath without difficulty and create a less straining posture while he walks, eliminating discomfort. Kakada's favorite subject in school is Khmer literature, and he hopes to become a doctor when he grows up. "I hope that after surgery, I will not have to worry about my son's spine getting any worse and I will be happy that he can return to his normal activities again." -Kakada's Mother 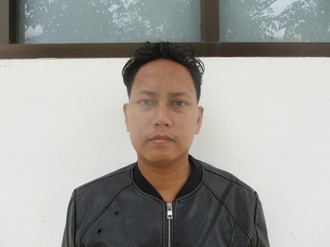 Thu is a 27-year-old man who lives in Dala Town, Yangon Division, Burma. He lives with his 25-year-old wife, who take care of their five-year-old daughter who goes to kindergarten. Thu works as a security guard in a tower in Yangon. His total income is just enough to cover all their general expenses, such as food and clothing, as well as pay for his daughter’s school fees. Five years ago, Thu started to experience chest pains while he ate lunch. He continued to suffer from chest pains but he worked through the pain until June 1, 2019, when he suddenly developed severe back pain. He was brought to Yangon General Hospital (YGH) and was admitted for 13 days. While he was admitted, he received a blood test, chest X-ray and an injection to help alleviate the pain. When doctor listened to his chest with a stethoscope, Thu was advised to receive an echocardiogram (echo). After he received the echo on June 16th, the result showed that he has aortic regurgitation, a heart condition caused by problems with the aortic valve. Currently, Thu is suffering from chest pains. He has had to temporarily stop working. Thu is looking forward to receiving surgery soon and getting back to work so that he can continue to support his family. 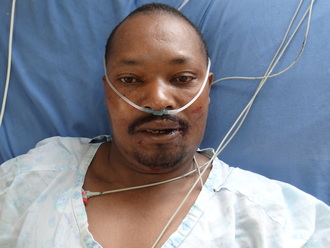 Michael is a motorcycle taxi operator from Kenya. He is a hardworking and entrepreneurial man. In July, Micheal was involved in an accident with another motorbike. He was brought to the hospital, where it was confirmed that he had sustained a fracture of the left femur. He is not able to walk and is in chronic pain. Fortunately, surgeons at our medical partner can help. On July 25, Michael will undergo a fracture repair procedure, called an open reduction and internal fixation. This procedure will help him walk easily again Now, our medical partner, African Mission Healthcare Foundation, is requesting $998 to fund this procedure. “I cannot afford the cost of surgery. I will be eternally grateful if you can find a way to help,” Michael says. 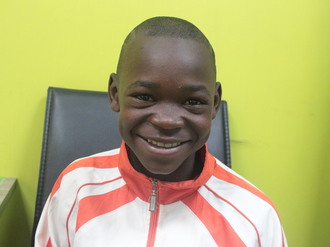 Wycliff is a student from Kenya. He has clubfoot of his right foot. Clubfoot is a condition in which the foot is twisted out of shape. This causes difficulty walking and even wearing shoes. Fortunately, Wycliff traveled to visit our medical partner's care center, AIC Cure International Hospital. There, surgeons will perform clubfoot repair surgery on June 28. Our medical partner, African Mission Healthcare Foundation, is requesting $1,224 to fund Wycliff's clubfoot repair. After treatment, he will be able to walk easily. 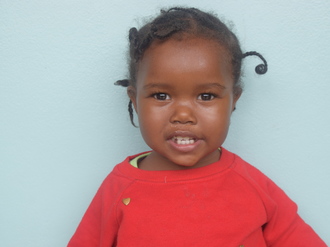 Breana is a baby from Tanzania. In November, she was burned in a fire. Unfortunately, her wound is not healing well, and this leaves her at risk of infections. Fortunately, our medical partner, African Mission Healthcare Foundation, is helping Breana receive treatment. On June 4, surgeons will perform a skin graft procedure to heal her wound. Now, Breana needs help to fund this $711 procedure. Breana’s mother says, “My daughter’s open wound is not getting better please help her get this surgery.” 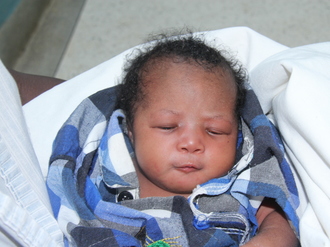 Caren is a baby from Kenya. She was born with an anorectal malformation, a congenital abnormality that leads to a complete or partial intestinal blockage. She needs to undergo a series of procedures to eliminate bowel dysfunction. Caren is scheduled to undergo surgery to correct her condition on May 2. Our medical partner, African Mission Healthcare Foundation, is requesting $1,327 to cover the total cost of Caren's procedure and care. After her recovery, Caren will no longer experience bowel dysfunction or be at risk of developing health complications in the future. 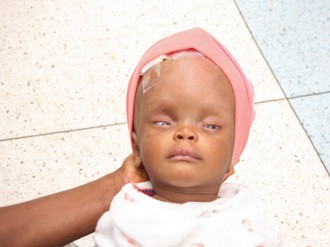 Georgeline is a baby from Kenya. Her family is originally from Liberia. Georgeline has been diagnosed with hydrocephalus, a condition in which excess cerebrospinal fluid accumulates in the brain and increases intracranial pressure. As a result of her condition, Georgeline has been experiencing an increasing head circumference. Without treatment, Georgeline will experience severe physical and developmental delays. Our medical partner, African Mission Healthcare Foundation, is requesting $685 to cover the cost of surgery for Georgeline that will treat her hydrocephalus. The procedure is scheduled to take place on April 17 and will drain the excess fluid from Georgeline's brain. This will reduce intracranial pressure and greatly improve her quality of life. With proper treatment, Georgeline will hopefully develop into a strong, healthy young girl. “I am so happy for the love and kind nature of people in Kenya. May God bless you all,” says Georgeline’s mother. 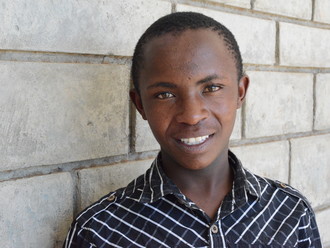 Michael is a teenager from Kenya. He has five siblings. He hopes to become a teacher in the future. Michael was born with the hearing loss and has not been able to access medical care. He was brought by a neighbor to our medical partner's facility after learning about thei audiology services. Upon testing, he had hearing aids recommended. Now, he is scheduled to receive hearing aids on March 5. His family needs help raising $929. Michael says, “My prayer is to complete school and become a teacher. I am hopeful that the hearing aids will help me improve on my studies."