Sreenivas has funded healthcare for 15 patients in 8 countries. 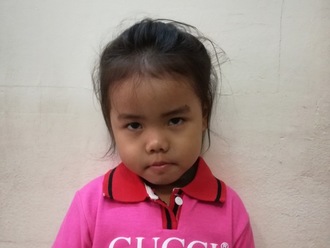 Chan Mony is a 4-year-old girl from Cambodia. She likes to play with her toys, paint pictures, and watch cartoons on television. Since Chan Mony was born, she has had a large mass covering most of her back and it continues to grow over time. The mass has caused large hairy and discolored spots over her back and upper legs. Chan Mony traveled to our medical partner's care center to receive treatment. Surgeons at our medical partner, Children's Surgical Centre (CSC), will remove the mass. Now, Chan Mony needs help to raise $220 to fund this procedure. "I hope that my daughter's surgery goes well and that she will look better and be able to grow up normally." -Chan Mony's Mother 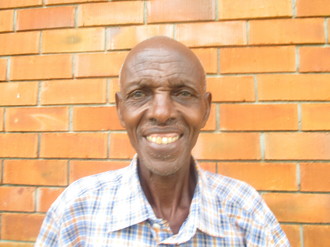 Bangirana is a catechist from Uganda. He is married with nine children. For nine years, Bangirana has had bilateral inguinal hernia. This hernia causes him discomfort and makes it difficult for him to work. Fortunately, on December 11, he will undergo hernia repair surgery at our medical partner's care center. Our medical partner, African Mission Healthcare Foundation, is requesting $219 to fund Bangirana's surgery. Once completed, this procedure will hopefully allow him to live more comfortably and confidently. Bangirana says, “I hope to be relieved of this after surgery and I get peace of mind thereby continuing to serving God.” 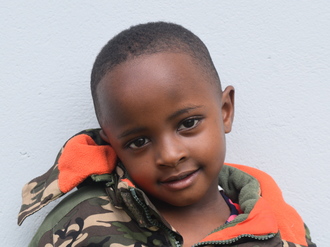 Salha is a girl from Tanzania. She is the youngest in a family of three children. For the past two years, she has been having breathing problems, especially at night. Salha was recently diagnosed with enlarged tonsils, which, if not treated, will cause her symptoms to persist and possibly intensify over time. Our medical partner, African Mission Healthcare Foundation, is requesting $633 to fund a tonsillectomy for Salha, which is scheduled to take place on November 2. Surgeons will remove her tonsils, hopefully relieving Salha of her symptoms and helping her live more comfortably. 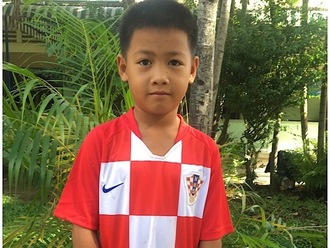 Va Youk is a second grader from Cambodia. He has two brothers. He likes studying mathematics and wants to be a nurse when he grows up. He loves to drink coca cola and read books. Seven years ago, Va Youk was burned by a pot of hot porridge, burning his left wrist. Burn scar contractures have developed, tightening the skin around his burn. It is difficult for him to bend his wrist and use his hand. When Va Youk learned about our medical partner, Children's Surgical Centre, he traveled for four and a half hours seeking treatment. On August 2, surgeons at CSC will perform a burn contracture release surgery to to use his hand freely again. Now, he needs help to fund this $448 procedure. His father says, "I hope my son's surgery is successful so that he can return to school soon." 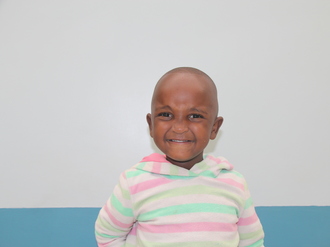 Prince is a baby from Kenya. He is the only child to his young parents. The family lives in a one-roomed house in Central Kenya. Prince's father works as a waiter in a small local hotel, while his mother stays at home caring for him. Prince was diagnosed with cryptorchidism, a condition in which one or both of the testicles remains undescended. If left untreated, Prince has an increased risk of developing hernias, testicular cancer, and fertility problems in the future. Prince will be receiving assistance from our medical partner, African Mission Healthcare Foundation (AMHF). Fortunately, he is scheduled to undergo corrective surgery on June 5. AMHF is requesting $535 to cover the total cost of his procedure and care. “We will be very grateful if Prince gets financial help to facilitate the surgery,” says Prince’s mother 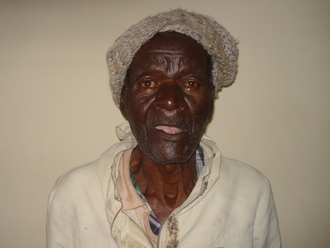 Yobe is a 78-year-old retired Malawian farmer. He lives with his wife and large extended family. He is too old to work in the fields, so now spends his days making mats to sell in the village. When he has downtime, he likes to chat with his village friends. Since April 2017, Yobe has been experiencing the troubling and painful symptoms associated with an enlarged prostate. He needs surgery, which will help him get back to a normal and healthy life. Yobe’s family were very upset that they cannot afford the operation necessary to treat Yobe. When the family arrived at Nkhoma Hospital, our medical partner's care center, they were relieved to hear about the Watsi program. Our medical partner, World Altering Medicine, is requesting $733 to fund Yobe’s prostate surgery. “I have no money to pay for my surgery. I thank you so much for the support,” says Yobe. 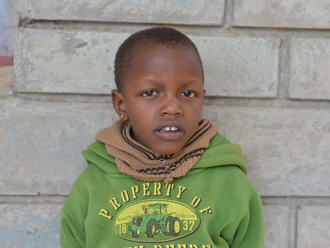 Meet Nancy, a playful five-year-old girl from Kenya. Nancy has been in and out of the hospital for different medical issues. Her hearing loss is a congenital problem that her parents noticed when she was nine months old. She has never spoken, and her sound perception is quite low. On November 13, Nancy will receive hearing aids through our medical partner, African Mission Healthcare Foundation (AMHF). To help fund the hearing aids, AMHF is requesting $712 on top of the $52 contribution from Nancy's parents. Nancy's father says, “I want to see my child talk and hear. I will be happy to see her grow like a normal child." 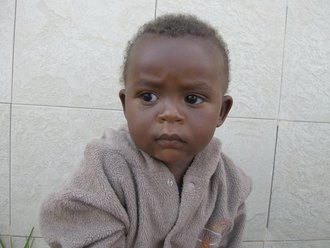 B. Zinash is a baby from Ethiopia who loves to laugh, play with water, and see new things. She was born with a congenital anomaly called bladder extrophy, which is a condition in which the bladder pokes through the abdominal wall. This condition causes B. Zinash pain and irritation. It also causes infection and leakage. As a result, B. Zinash needs special attention and care. Her parents are very worried and scared. They previously visited four hospitals, but they could not get the necessary treatment. Fortunately, they decided to visit our medical partner's care center, BethanyKids Myungsung Christian Medical Centre. There, B. Zinash will undergo a repair surgery on April 11. The family needs help to pay for this $1,500 procedure. 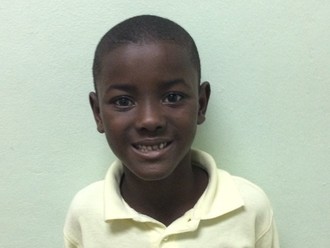 Steven is a 10-year-old fourth grade student from the Dominican Republic. He lives with his mother, brothers, and grandparents. His favorite subject in school is science, and he hopes to be a doctor one day. When not studying, Steven likes to play soccer with his brothers. Steven was was born with a cardiac condition called ventricular septal defect, in which a hole exists between the two lower chambers of his heart. As a result, blood leaks through this hole without first passing through the lungs to obtain oxygen, leaving Steven feeling sickly and weak. On February 7, Steven will visit our medical partner's care center, Hospital Pediatrico Robert Reid Cabral, for a cardiac assessment that includes exams, labs, and an overnight stay at the hospital. Our medical partner, Haiti Cardiac Alliance, is asking for $1,500 to fund his cardiac assessment, as well as his medications and social support. Gift of Life International is contributing $7,000 to cover additional costs associated with Steven's surgical care. "I am happy to have surgery so that afterward I will be able to run as fast as my oldest brother!" says Steven. 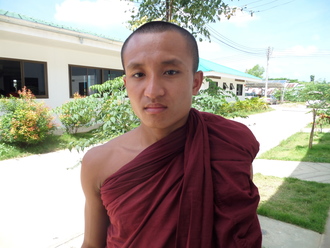 Kaw We is a 19-year-old Buddhist monk from a village in Burma. Kaw We currently lives and studies at the monastery in his village. His parents grow rice, and they pay rent for the land with half of their harvest. Kaw We is the youngest sibling in the family and has three older brothers and three older sisters. Kaw We has experienced uncomfortable urinary symptoms since he was a toddler. For most of his life, he relied on traditional medicine, which helped to alleviate the symptoms temporarily. Kaw We's family did not seek treatment at a hospital, assuming his condition was merely an annoyance and hoping to avoid the cost of modern medicine. With help from traditional medicine, Kaw We began to work on the family paddy field. Recently, however, Kaw We's symptoms worsened. He developed a fever, his face swelled, and he felt sharp pain in his abdomen. Traditional medicine no longer helped. Kaw We’s family learned from fellow villagers about our medical partner's clinic in Thailand. They decided to cross the border, traveling three hours to seek care for Kaw We’s condition. The family arrived on September 12, 2016. After several tests, Kaw We was diagnosed with a bladder stone. On October 31, 2016, doctors at our medical partner's hospital, Mae Sot General Hospital, performed a cystolithotomy surgery to remove the stone. Now, Kaw We's family needs help to pay for this life-changing procedure. “I would like to continue to be a monk," says Kaw We. "I am now more worried about my current condition, and my only hope is that it can be fully cured." 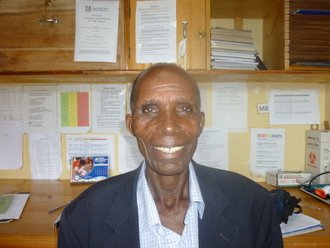 “Stephen is a 78-year-old retired truck driver who enjoys life,” our medical partner, the Kellermann Foundation, tells us. “Stephen and his wife have 11 children and 70 grandchildren–he has trouble remembering all of their names!” “Stephen has suffered from a hernia for six years,” the Kellermann Foundation explains. A hernia occurs when tissue pushes through a weak point in the abdominal muscles. Specifically, Stephen’s hernia is located in the inguinal, or groin, region. “His hernia has caused him pain and discomfort and has prevented him from doing repairs on his house,” the Kellermann Foundation continues. “His income is lower now that he is retired and he has not been able to afford surgery.” Stephen’s hernia repair costs $227 and will increase his quality of life, allowing him “to do repairs on his home and work without pain.” “Thank you so much to the people helping me,” Stephen shares. “I pray that God blesses them and brings them abundance!” 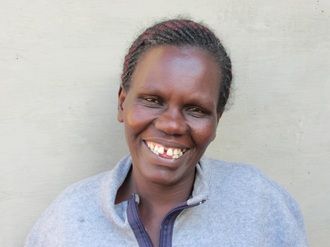 "For two weeks now, Tabitha - a fruit seller - has not sold a single fruit. Having to bear with a lot of pain, Tabitha has had to take a hiatus," explains our medical partner, African Mission Healthcare Foundation (AMHF). "Tabitha, a divorced mother of five, has cancer of the right breast. Tabitha says she noticed a small painless lump in 2014. A year later, thousands spent, numerous tests done, Tabitha reports the lump has been rapidly increasing in size. The lump is also painful," AMHF continues. "Tabitha separated from her husband ten years ago. He provides little financial assistance and rarely communicates with the family. For ten years now, Tabitha has provided for her children and nurtured them: they have known her as both mother and father. Tabitha sells fruits in the central part of Kenya. From her earnings, Tabitha supports her mother who's diabetic and her last born daughter who is just out of high school." Tabitha needs a mastectomy to remove her breast, and ensure the cancer does not spread. Treatment will cost $740, but Tabitha has no way of affording the total cost. Fortunately, we can help make it happen. "We expect after a mastectomy, the risk of cancer spreading to other organs will be halted. Tabitha will be able to resume work and support her family," AMHF adds.