Jessica has funded healthcare for 18 patients in 8 countries. 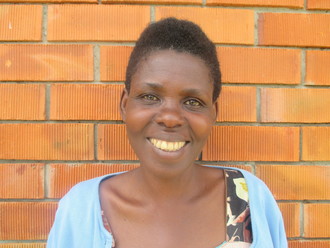 Keneza is small-scale farmer from Uganda. She is married with six children. For two years, Keneza has been experiencing severe lower abdominal pain and abnormal bleeding. She has been diagnosed with dysfunctional uterine bleeding. She needs to undergo a hysterectomy, a procedure in which surgeons will remove her uterus. Our medical partner, African Mission Healthcare Foundation, is requesting $208 to fund Keneza's surgery. On January 31, she will undergo gynecological surgery at our medical partner's care center. Once recovered, Keneza will be able to resume her daily activities free of pain. Keneza says, “I will give thanks to God when I am relieved of this and to always pray for my donors to this surgery.” 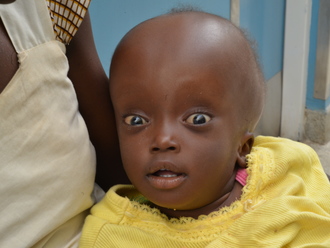 Juliet is an infant from Kenya. She is the youngest in a family of two children. Juliet has been diagnosed with hydrocephalus, a condition in which excess cerebrospinal fluid accumulates in the brain and increases intracranial pressure. As a result of her condition, Juliet has been experiencing an increasing head circumference. Without treatment, Juliet will experience severe physical and developmental delays. Our medical partner, African Mission Healthcare Foundation, is requesting $685 to cover the cost of surgery for Juliet that will treat her hydrocephalus. The procedure is scheduled to take place on December 14 and will drain the excess fluid from Juliet's brain. This will reduce intracranial pressure and greatly improve her quality of life. With proper treatment, Juliet will hopefully develop into a strong, healthy young girl. Juliet’s mother says, “My prayer is to have my daughter treated, and get well." 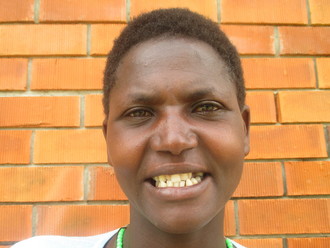 Tukwasibwe is a small-scale farmer from Uganda. She is married with three children and all are in school studying. Two years ago, Tukwasibwe developed a swelling on her right wrist joint. This has caused her discomfort and disfigurement. Tukwasibwe traveled to our medical partner's care center to receive treatment. On November 13, surgeons will remove the mass. Now, Tukwasibwe needs help to raise $187 to fund this procedure. Tukwasibwe says, “I hope to get better after surgery and continue to farm and provide for my family.” 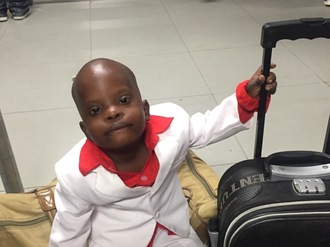 Olivier is a three-year-old boy from Haiti. He lives with his mother, father, grandparents, and three older siblings. He likes to dress up and to go to church with his mother. Olivier was born with a cardiac condition called Tetralogy of Fallot, which means there is a hole between two chambers of his heart and a muscular blockage of one of his heart valves. This condition prevents oxygen from fully circulating through his body, leaving him weak and short of breath. Olivier will fly to the Cayman Islands to receive treatment. On January 27, he will undergo cardiac surgery. This $12,000 surgery is subsidized by Have a Heart Cayman Islands. Olivier's family also needs help to fund the costs of surgery prep. The $1,500 bill covers labs, medicines, and checkup and followup appointments. It also supports passport obtainment and the social workers from our medical partner, Haiti Cardiac Alliance, who will accompany Olivier's family overseas. His mother says, "We have been praying ever since we learned about Olivier's heart problem that one day he could have surgery. We would like to thank everyone who has helped answer our prayers!" 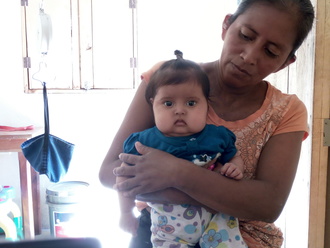 Gloria is seven months old and lives with her mother in rural Guatemala. She has malnutrition, a dangerous condition that results from consuming too little protein, calories, and nutrients. Malnutrition has left Gloria with a weakened immune system and little energy. Recently, Gloria has not wanted to eat and gets sick often. If Gloria does not receive treatment, she will also face malnutrition’s long-term consequences, such as increased risk of chronic diseases, low IQ, and higher likelihood of dropping out of school. Gloria’s mother says, “I want my daughter to get better soon, because she worries me a lot.” Fortunately, Gloria will begin nutritional treatment on January 16. While her mother does all that she can to support Gloria’s health, she cannot afford treatment for her daughter’s malnutrition without outside help. Our medical partner, Wuqu' Kawoq, is requesting $1,107 to fund her care. Treatment will give Gloria’s family tools to maintain nutritious diets, and it will give Gloria a chance to grow healthily. 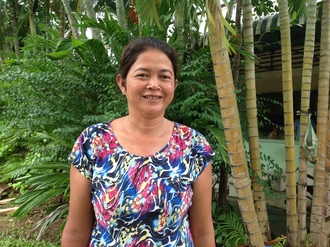 Nan is a 44-year-old woman with one son and one daughter. She likes to cook, look after her children, and take care of her home. In July, a cow hit Nan's right elbow, causing a dislocation. She initially visited a Khmer traditional healer for treatment, but her symptoms did not improve. It is difficult for Nan to use her right arm, and she is unable to cook for her family. Nan heard about our medical partner, Children's Surgical Centre (CSC) from a radio program, and she traveled for four hours with her husband to reach CSC for treatment. On October 26, surgeons performed an open reduction internal fixation procedure to relocate and secure her right elbow. She needs help to fund this $411 procedure. 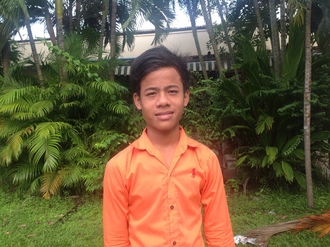 Chit is twelve years old and in the sixth grade. He has a twin brother named Chan. In his free time, he enjoys watching TV, reading his school books, and playing with other children. Chit was born bowlegged, meaning his legs curved outward at the knee. He was also diagnosed with metabolic bone disease, a disorder of bone strength. In December of 2011, Chit visited our medical partner, Children's Surgical Centre (CSC). There, surgeons performed a successful osteotomy procedure on the tibia of both of his legs to realign his bones. Recently, Chit returned to CSC to have the staples from his previous operation removed. They had been causing him mild pain when he walked. On December 19, the hardware was removed. After recovery, he will be able to walk comfortably. CSC is requesting $411 to fund this procedure. 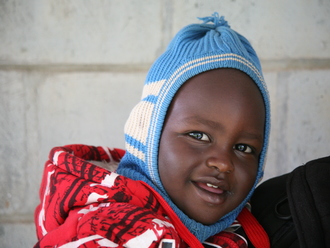 Lukas is a three-year-old boy from Kenya. He is the only child of his father, who sells clothes along the streets of Nairobi. Lukas's parents are separated, so he lives with his grandmother. He loves to spend time with his father. Lukas was born with a birth defect called hypospadias, which causes urinary dysfunction. Without treatment, he was at risk of urinary tract infections and continuing discomfort. Lukas's father brought him to a national hospital, but the waitlist for surgery was prohibitively long. Fortunately, a friend of his father advised him to visit our medical partner's facility, Bethany Kids Kijabe Hospital. On December 16, Lukas underwent a hypospadias repair surgery. Our medical partner, African Mission Healthcare Foundation, is requesting $700 to fund this procedure. 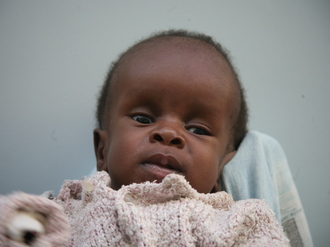 Shadrack is a five-month-old boy from Kenya. He was born with hydrocephalus, a condition in which excess cerebrospinal fluid accumulates in the brain. Shadrack is the youngest in a family of two children. When he was two months old, his mother noticed that his head was rapidly increasing in size. She notified a medic during a pediatric checkup, and a scan revealed the excess fluid in his head. They were referred to our medical partner's hospital, Bethany Kids Kijabe Hospital, for specialized treatment. On December 8, Shadrack underwent a shunt insertion, during which doctors inserted a device to drain the fluid from his brain. Shadrack lives with his older brother and parents in a one-room rental house. His mother is a housewife, while his father is a fisherman. They cannot afford to pay for healthcare. Our medical partner, African Mission Healthcare Foundation, is requesting $685 to fund this procedure. Shadrack's mother is relieved that her son is receiving care. "We love him so much, and it hurts so much to see him cry in anguish," she says. 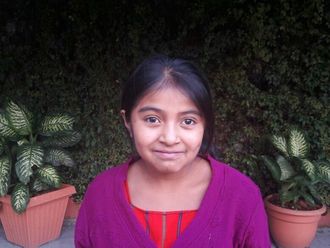 Angelica is 10-years-old and lives with her five siblings and parents in a one-room house with a tin roof. Her father works as a day laborer, making only $3 per day. Her mother works taking care of Angelica and her siblings, cooking, and cleaning. Angelica has strabismus, a condition which means that she is unable to control the direction of both of her eyes. This condition has made her have trouble with depth perception and headaches, but more importantly has prevented her from going to school. After finishing the first grade, she got so worried about what others thought of her 'bad eye' that she stopped going. Although they want the best for Angelica, her parents cannot afford to pay for her surgery. This surgery will correct Angelica's strabismus, giving her better control of both of her eyes. This will alleviate her physical symptoms, as well as improve her self-esteem so she can continue to attend school. Angelica said, "This next year I would like to keep studying if my eye is better and I can see better. I want to continue studying and get a job, so I can earn money and support my parents. I appreciate the help that you can give me." 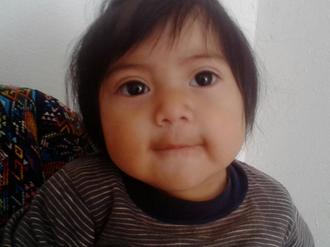 Meet Nallely, a 10-month-old girl from Guatemala. Nallely has two older siblings and lives with her parents in a humble adobe house with a tin roof. She loves to listen to music and dance. Nallely's mother cooks, manages the kids, and attends to the house. Nallely is below the average height and the average weight for her age due to acute malnutrition. She currently is not consuming enough calories and enough quality foods. As a result her physical growth is stunted, and we worry her mental growth will be stunted as well. As a result of food insecurity and marginalization, indigenous Guatemalan villages have the highest rates of stunting in the world. In addition to growth stunting, malnutrition can lead to lower IQ, heart disease, diabetes, and obesity. $512 will fund the treatment Nallely needs to address her nutritional deficit and improve her low energy and subsequent limited mental potential. This involves micronutrient and food supplementation, deworming medication to rid Nallely of a parasitic infection, and nutrition education for her parents. With these combined efforts, Nallely will recoup her weight and height and strengthen her immune system, laying the foundation for a healthier future. 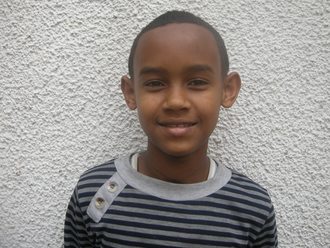 Twelve-year-old Koket is a spirited boy from Ethiopia who loves to play football and watch movies. He wants to be a doctor in the future. His parents are civil servants who raise and teach six children, including Koket. Koket was born with hypospadias, a birth defect of the urethra in which the opening is not at the usual location at the head of the penis. In Koket's case, the urethral opening is in two different places, making him unable to urinate while standing. In the last 12 years, Koket's parents have taken him to several hospitals in Ethiopia, and they have spent a lot of money on transportation and on treatment, including six different surgeries for his condition. Koket is currently on a two-year waiting list for the hypospadias repair surgery that he needs. Without additional treatment, Koket may suffer urinary tract infections, and continued urine leaks may cause skin rashes. Koket's condition has affected him and his parents socially and psychologically. “I gave all I had for my son's treatment in the past twelve years," shares Koket's father. "And in 2014, we were included on a waiting list and waited for a call for about two years, and that made both his mother and me weary. We always worry about his condition.” For $1,155, Koket will undergo hypospadias repair, a procedure in which the surgeon takes tissue grafts from the foreskin or from the inside of the mouth to extend the length of the urethra so that it opens at the tip of the penis. Funding also covers the costs of a 10-day hospital stay, including blood tests and medicine. After surgery, Koket will be able to pass urine normally, and the risk of urinary tract infections will be reduced.