Irene has funded healthcare for 4 patients in 2 countries. 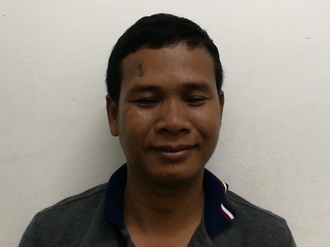 Noun is a 38-year-old car repairman from Cambodia. He has two sons, and in his spare time he likes to play soccer with his friends. One year ago, Noun developed a pterygium in his right eye, causing him blurry vision, irritation, and tearing. Pterygiums are non-cancerous growths of the conjunctiva, a mucous layer that lubricates the eye. The growths occur when the conjunctiva is exposed to excessive sun damage and the cells grow abnormally over the pupil. He has difficulty seeing things clearly, recognizing faces, working, and going anywhere outside. When Noun learned about our medical partner, Children's Surgical Centre, he traveled for three and a half hours seeking treatment. Noun needs a surgical procedure to remove the abnormal conjunctiva from the cornea surface and replace it with a conjunctival graft to prevent recurrence. The total cost of his procedure is $201. This covers medications, supplies, and inpatient care for two days. The procedure is scheduled for August 5. He says, "I hope that after my surgery, my eyes will heal and I will be able to return to my work as a repairman." 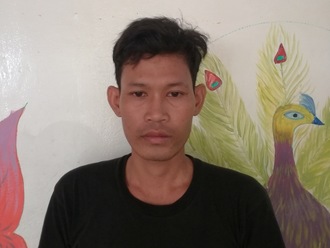 Vichhai is a 31-year-old rice farmer from Cambodia. In his free time he likes to go on walks with his family, watch television, feed the animals, and help his family with the work around the house. In March 2019, Vichhai suffered injuries to his right ankle resulting from an accident at work. He is unable to walk without support and often experiences pain. When Vichhai learned about our medical partner, Children's Surgical Centre, he traveled for over ten hours seeking treatment. On July 10, surgeons at CSC will perform a joint arthrodesis procedure to fuse his right ankle and will help him walk again without difficulty. Now, Vichhai needs help to fund this $480 procedure. He says, "I hope that after my surgery, I will have no pain and can walk again and return to work." 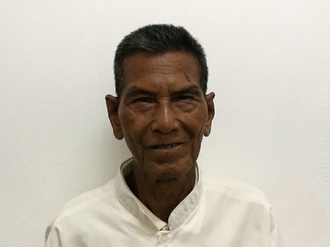 Sot is an 82-year-old grandfather from Cambodia. He has four daughters, fifteen grandchildren, and he enjoys listening to the monks pray on the radio in his free time. One year ago, Sot developed a cataract in each eye, causing him blurry vision and irritation. He has difficulty seeing things clearly, recognizing faces, and going anywhere outside. When Sot learned about our medical partner, Children's Surgical Centre, he traveled for one and a half hours seeking treatment. On July 1, doctors will perform a small incision cataract surgery and an intraocular lens implant in each eye. After recovery, he will be able to see clearly. Now, he needs help to fund this $398 procedure. His daughter says, "I hope that after his operation, my father will be able to see clearly again and can go anywhere he wants to independently." 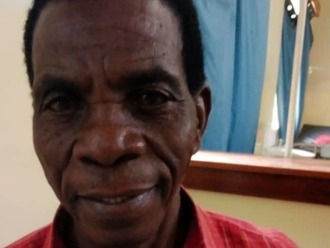 Folani is a father to 7 and grandfather to 4 from Malawi. Folani is a farmer who enjoys chatting with his friends. Since 2016, Folani has been experiencing pain and urinary difficulty. These symptoms are caused by an enlarged prostate, a condition called benign prostatic hyperplasia. He needs to undergo a prostate resection surgery, a procedure in which surgeons will remove part of the enlarged gland. Our medical partner, World Altering Medicine, is requesting $733 to fund Folani's surgery. On January 29, he will undergo prostate surgery at Nkhoma Hospital, our medical partner's care center. The requested money pays for supplies, medications, and two weeks of hospital stay. Folani was very happy to hear he would have surgery and thankful he will be able to start working normally again. He says, "I am very thankful for this project."