Odd joined Watsi on December 9th, 2014. 405 other people also joined Watsi on that day! Odd's most recent donation traveled 4,800 miles to support Eh Lel, a young girl from Burma, to fund an MRI.

Odd has funded healthcare for 9 patients in 5 countries. 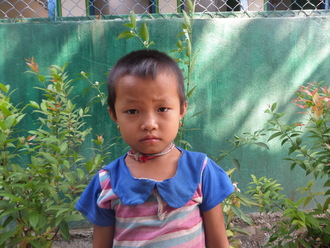 Eh Lel is a lively six-year-old girl who lives with her parents, sister, paternal grandparents, three aunts, and uncle. She plans to attend kindergarten next year. She likes to play with her friends and watch movies on television. Her father is a subsistence farmer who works his own rice paddy. The family also tends to a vegetable plot and sells betel leaves and nuts. When Eh Lel was two months old, her mother noticed a spot on her lower spine. A bulge developed, and she began to experience pain. After a visit to a nearby hospital was unsuccessful, they relied on traditional medicines to alleviate her pain. Finally, she was referred to our medical partner’s hospital. Eh Lel was diagnosed with spinal dysphrasism, a neurological condition affecting the spinal cord. Her physician informed the family that without treatment, her condition would only worsen as she grew. In November, she underwent an MRI, which revealed a cyst lesion on her spine. On December 1, she underwent surgery to remove the growth. Eh Lel’s family borrowed money to pay for transportation to our medical partner’s hospital. They need help to fund this $1,500 procedure. “I want my daughter to go to school for an education,” says her father, “and grow up to be whatever she wishes.” 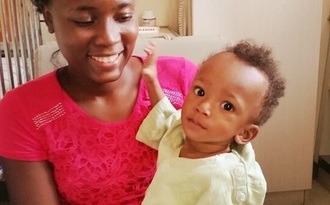 Meet Willis, a 10-month-old Haitian boy with a congenital heart disease. Our medical partner, Haiti Cardiac Alliance (HCA), explains, “Willis was born with a cardiac condition called ventricular septal defect, in which a hole exists between the two lower chambers of his heart. Blood leaks through this hole without first passing through the lungs to obtain oxygen, leaving him sickly and weak.” HCA continues, “Willis lives with his mother and father and is their first child. His mother works as a market vendor, and his father repairs vehicles. Although the family has known about his heart problem since birth, they were first told that it would be better to do the surgery when Willis was slightly older. However, he recently became much sicker and is being rushed to surgery earlier than originally planned.” If Willis goes untreated, not only will he become sicker and weaker, but his condition will eventually be fatal. With $1,500 in Watsi funding, along with a $5,000 subsidy from Development for Freedom International, this outcome can be avoided. Willis will undergo open heart surgery, during which a portion of the outer lining of his heart will be sewn over the hole between the lower chambers to seal it. HCA predicts, “Following surgery, Willis should be able to lead a normal life with no further cardiac symptoms.” With treatment, 10-month-old Willis will be much safer and healthier. "I wish I could give gifts to everyone who is helping Willis get better, but I know that God will reward them all even if I can't," shares Willis’ mother. 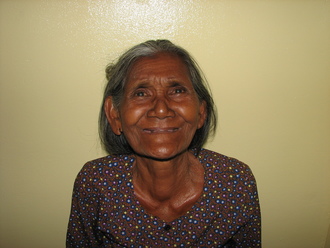 Thou is a married, 73-year-old grandmother with one son, three daughters and five grandchildren. Thou was referred to our medical partner Children's Surgical Centre (CSC), for treatment for hypermature cataracts in both eyes. "Thou cannot see clearly," CSC shares. "She developed a cataract in each eye one month ago. She can not go to the pagoda or look after the family because of her cataracts. Her husband takes care of her, so he can not do his work very well." Cataracts occur when the lens inside the eye becomes cloudy, causing decreased vision and functional blindness. These changes in the lens most commonly occur with age. In Cambodia, 90% of blindness can be avoided through proper treatment. As with many countries in the developing world, surgical services are inadequate and cataracts remain the leading cause of blindness globally. $225 will provide Thou with the cataract surgery she needs, which consists of removing the cloudy lens and placing a clear lens implant in its place. A patient's vision can improve to 20/20 within one day after the surgery. CSC tells us that after treatment, "Thou will be able to see clearly again, and her husband can go back to working when she is better." Let's help Thou get the surgery she needs! 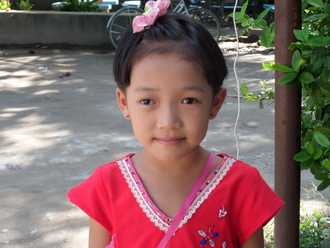 Seven-year-old Khin is a first grade student at her school in Burma. She enjoys learning and wants to be a medic when she grows up. “Approximately five months ago, Khin’s father noticed that she was having vision problems and that her left eye was not focusing on the object of sight,” our medical partner, Burma Border Projects (BBP), tells us. “Problems with her vision have affected her ability and attendance at school.” Diagnostic testing revealed that Khin has an optic glioma, a tumor in the nerve that carries visual signals from the eye to the brain. Khin’s vision loss is a result of the tumor growing and pressing on the nerve and nearby structures. Treatment for Khin is surgery to remove the tumor. Khin’s father farms rice and vegetables on the family’s two acres of land. He also works as a day laborer to supplement their income from vegetable sales, but the work is irregular. Medical care for Khin’s mother has left the family in debt, leaving no money to pay for Khin’s surgery. With $1,500 in funding, Khin can undergo surgery to remove the tumor. Funding also pays for outpatient visits before and after surgery and 15 days of hospital care. “With treatment,” shares BBP, “Khin will be able to return to school, which she enjoys very much.” “I hope that my daughter will be able to have surgery and then will go on to finish her schooling and eventually attend higher education,” says Khin’s mother. Let’s help make that happen! 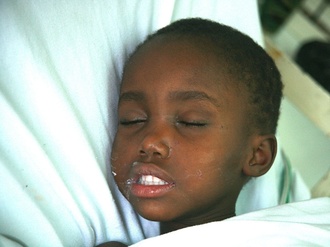 Meet Diana, a bright, five-year-old girl from Kenya. Diana and her family live in a two room traditional hut and she has three siblings currently enrolled in school. Our medical partner, African Mission Healthcare Foundation (AMHF), informs us that she was brought to their hospital last night in critical condition, and is currently in the ICU. “Diana has been suffering severe headaches, an inability to walk, persistent vomiting, and drowsiness,” AMHF reports. Sadly, these symptoms are the result of a brain tumor. The tumor was first noticed in nursery school when her symptoms began. Over the last few years, “her parents sought medical intervention from several hospitals but her condition got worse,” AMHF says. Diana’s father works on his own tea farm and her mother is a housewife. All of the family’s savings have been used paying for Diana’s medical bills. AMHF reports, “they sold the few livestock they had to get treatment for little Diana.” Diana needs a craniotomy to remove her tumor. $1,260 in funding will pay for the MRI or CAT scan needed to isolate the tumor, the craniotomy to remove it, and Diana’s post-operative recovery in the ICU. AMHF reports, “If treated, Diana will be relieved from the risk of experiencing high intra-cranial pressure and it will also minimize the risk of developing brain damage or becoming visually impaired.” Diana’s mother shares, “I really hope that little Diana gets well, we love her so much." 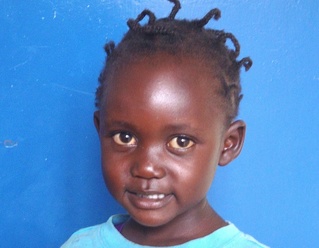 Meet Esther, “a shy three-year-old girl” from Kenya. According to our medical partner, African Mission Healthcare Foundation (AMHF), “Esther is the second born in a family of two children and lives with her aged grandparents since her father abandoned them.” Esther has an anorectal malformation—a birth defect in which the anus and rectum do not develop properly. In other words, Esther lacks an anal opening, and thus cannot pass stool normally. She uses an artificial abdominal opening to pass stool—one that “is prone to infection and other complications.” AMHF continues, “If surgery is not done, Esther will never be able to pass stool normally and might develop severe infection.” For $1,260, we can fund a two-stage anorectal malformation surgery—involving both an anorectoplasty and colostomy. After the final procedure, in which a new anal opening will be created, Esther will be able to “relieve herself normally,” shares AMHF. “She will no longer be prone to infections and will be able to interact freely with other children.” Esther's grandmother expresses, “It has been sad to see Esther not interacting with her peers as much as she would like to because of her condition.” Let's help fund this treatment so that Esther can regain her health and live a normal childhood! 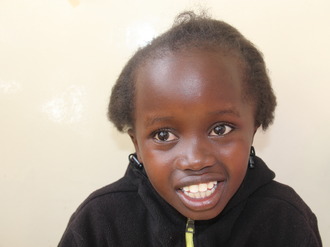 "I would like to be like other children." says Grace, a nine-year-old Kenyan student who lives with her mother and two siblings in the outskirts of Nairobi. Grace has a brain tumor that has been causing persistent seizures, severe headaches, and affecting her walking. Our medical partner, African Mission Healthcare Foundation, reports, "Grace suffers from increased intracranial pressure, which may lead to brain damage and loss of sight if surgery is not done. The surgery will save Grace's life and she will be able to continue with her education." Grace adds, "I hope I'll get well soon, so that I can study without interruption." Watsi community, let's work together to raise the $1260 needed for a craniotomy to remove the seizure and headache-inducing tumor, and help Grace get back to school! 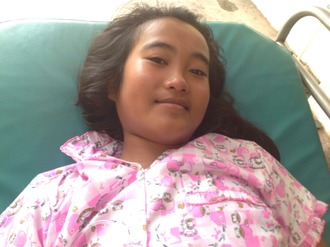 Rina, a 14-year-old girl from Cambodia, fractured her spine, and broke her tibia and fibula about a week ago, when she fell from a tree she was playing in "that was about twenty feet high,” describes our medical partner. “Her left leg and left side of her bottom took the brunt of the fall, leaving her with a broken tibia and fibula, and a compression fracture of the first vertebrae of her lumbar spine." As a result, Rina "can't do anything but lie in bed without having horrible pain and is experiencing numbness in her left foot.” "Rina is in the eighth grade at school and has two younger sisters," her doctors continue. "She loves to read and her favorite class is Biology." For $405 we can provide Rina with treatment which will significantly reduce her pain and will soon allow her to walk again. Let's help Rina get back on her feet and back to school! 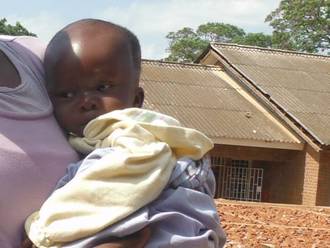 Meet Elisha, a bouncing baby boy from Malawi! Elisha lives with his two older siblings and his parents, who are smallholder farmers. Elisha has hydrocephalus, a buildup of fluid inside the skull that leads to brain swelling, and is being treated by our medical partner, World Altering Medicine. His family is hoping that Watsi donors can fund the $995 for surgery to drain the excess fluid, which will improve Elisha’s eyesight and reduce the brain swelling. “Elisha is a very happy baby despite his condition,” his mother tells us. “I hope the operation goes well. We would want him to grow up normal and continue to be happy so that, later, we can send him to school.”