Haley has funded healthcare for 5 patients in 3 countries. 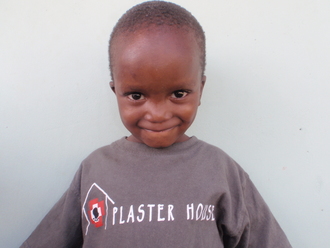 “Eric is shy,” shares our medical partner, African Mission Healthcare Foundation (AMHF). “He likes to play with mud - building some houses and shapes of people and other things.” This is Eric, an adorable, three-year-old boy from Tanzania. “Eric is the only child to his mother, who is a single parent. She loves her son very much and works very hard to take good care of him,” continues AMHF. “She sells some vegetables and fruits at an open market in their village. The little that she earns is not enough to cover the cost of operation which her son needs.” Eric has bilateral genu valgus, a condition in which the knees angle inward and touch one another when the legs are straightened. “Eric is unable to walk without knocking his knees. It is difficult for him to run or walk fast and compete with other children when playing,” reports AMHF. “If not treated, Eric’s gait will continue to be affected and chances of developing osteoarthritis at an early age will increase.” Eric’s mother remarks, “I am worried that my son may fail to walk later on if the condition keeps getting worse.” With $940 in funding, Eric will undergo a combination of casting and surgery that will realign his knee joint and thighbone, straightening his legs. This cost includes the procedure, hospital stay, cast change, medication, labs, outpatient physiotherapy, and a stay at the Plaster House (a recovery center for kids). “Eric’s gait will improve, he will be able to walk without knocking his knees, and chances of developing osteoarthritis will also decrease,” explains AMHF. “I dream of seeing him as a successful, influential young man in the future,” Eric's mother shares. “I want him to live a better life than mine.” 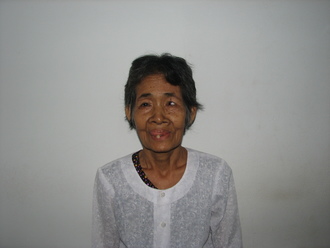 Meet Im, a 66-year-old woman from Cambodia. Our medical partner, Children’s Surgical Centre (CSC) shares, “Im is married with five children and ten grandchildren.” Throughout the day, “Im tries to keep herself busy doing housework,” adds CSC. For the past seven years, Im’s vision has worsened due to a hypermature cataract in her left eye. Cataracts occur when a cloudy film grows over the eye lens, causing a gradual decline in vision. This condition is most common in older individuals, and cataracts will continue to develop until they reach hypermaturity. When hypermaturity occurs, the cloudy film over the lens becomes an opaque, solid mass—greatly limiting one’s vision. CSC informs us that Im's condition “makes her partially blind, and she can’t go anywhere or do much without assistance.” These limitations have caused a decrease in her self-confidence. "Im can’t support her family in any way,” remarks CSC. With $150 in fudning, Im will undergo a procedure to surgically correct the hypermature cataract in her left eye. In this procedure, her old, cloudy eye lens will be replaced with a new, artificial one. CSC states that after surgery and two days of hospital support, “Im will have restored vision.” With regained vision, Im will once again be independent and plans to travel around her country. After surgery, Im expresses her hope "to go to the pagoda more often and travel to different places in Cambodia.” 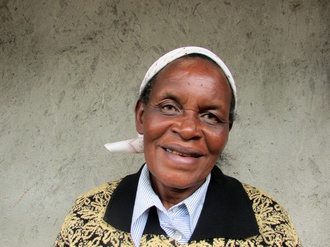 “Phyllis first noticed a lump in her left breast two years ago,” our medical partner, African Mission Healthcare Foundation (AMHF), reports. “She did not pay it much attention. A year later, while hospitalized with pneumonia, the lump was biopsied and she was informed that she had breast cancer." Phyllis, a 61-year-old mother from Kenya, visited several hospitals after receiving her diagnosis. But after extensive consultation, "she lost hope due to the high cost of the treatment," says AMHF. Phyllis is married with five children. She works on a farm with her husband to support her family, but has been unable to work recently due to pain on her upper left side. Phyllis needs a mastectomy to remove the mass, and prevent the cancer from spreading to other organs. “If not treated soon,” AMHF continues, “the cancer could spread to other vital organs in Phyllis’ body and this could result in death.” A mastectomy will cost $740. “I did not know that the small lump in my breast could be such a serious issue,” Phyllis tells us. “I thought I had been bitten by a spider. I thank God that it is not too late for me to get treated. Thank you for helping my family with the cost of my treatment.” 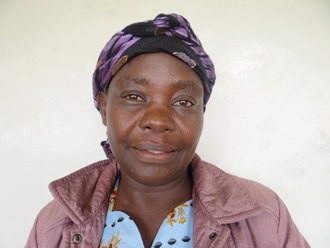 This is Tabitha, a 48-year-old mother from Kenya. For the past six years, Tabitha "has been experiencing heavy, irregular bleeding and lower abdominal pain," says our medical partner, African Mission Healthcare Foundation (AMHF). "She has attended many hospitals, seeking treatment, but is yet to get well," AMHF continues. "Tabitha had a scan that showed she has uterine fibroids, the doctor advised her to have a total abdominal hysterectomy, but Tabitha had no money. Without any other option, Tabitha has just been enduring the suffering from this condition." "I have suffered for many years without knowing what to do," Tabitha tells us. "I hope to get help so that I can get well to be able to start a business of my own and support my family." For $790, we can help Tabitha by funding her total abdominal hysterectomy. "We expect after a total abdominal hysterectomy, Tabitha will recover fully. She will be free from the pain, heavy bleeding and the risk of anaemia. Tabitha will be able to look after her family and achieve her dreams," adds AMHF. 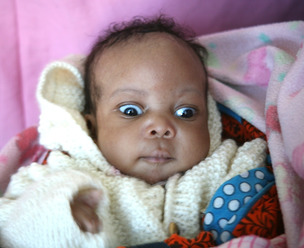 "Josphat is two months old and the last-born in a family of five children," says our medical partner, African Mission Healthcare Foundation (AMHF). "His family lives in a one-room rental house in the coastal region of Kenya. Josphat's father works as a casual laborer doing odd jobs for their neighbors while his mother is a housewife." Josphat was born with spina bifida -- an open mass swelling on his lower back. His skin is discolored around the mass and he is likely to "develop infection as well as develop tethered cord" if left untreated, says AMHF. This can lead to complications down the line, including scoliosis and kyphosis. Josphat needs a spina bifida closure to treat the mass. The surgery will cost $805. “My joy is to see my son grow normally as his siblings. When we leave the hospital and he old enough, I will also start working to help my husband provide for our family," Josphat's mother shares.