Steve has funded healthcare for 9 patients in 5 countries. 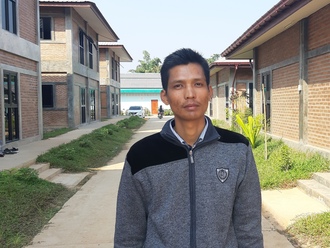 Aung is a 34-year-old man from Burma who lives with his wife, son, and daughter. Both he and his wife work as government officers. In his free time he likes to read books. Aung was diagnosed with a heart condition that involves a malformation of the mitral valve, the valve between the left atrium and left ventricle. This valve controls the flow of blood, but certain conditions may cause blood to flow backward or the valve to narrow. Currently, Aung feels tired, has chest pains, and has difficulty breathing. However, he can eat and sleep well. Our medical partner, Burma Children Medical Fund, is requesting $1,500 to fund a mitral valve replacement for Aung. The treatment is scheduled to take place on January 27th and, once completed, will hopefully allow him to live more comfortably. “I want to go back to work [as a] healthy [person] and support my family,” said Aung. 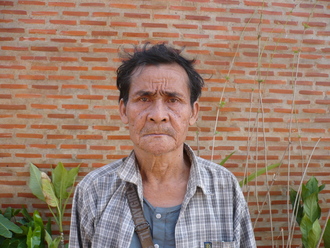 Chit is a 68-year-old from Burma. He lives with his sister, brother-in-law, niece, his niece's husband and their son. All of his family members are farmers who grow rice for their own consumption and peanuts which they sell. Chit used to work as a cowherd, but stopped when he fell ill one year ago. Sometimes his niece's husband works as a day laborer. They also have two pigs and 10 chickens, which they sell in case they need emergency cash. Their income is just enough to cover their daily expenses and pay for basic health care. Three years ago, Chit start to experience frequent back pain. After hearing about Mae Tao Clinic (MTC), he decided to seek help there. At the clinic he received an ultrasound and a urine test. After reviewing the result, the medic told him there was nothing wrong with his bladder and provided him with medication. However, the medication did not work and his back pain kept returning on and off. In 2019, Chit developed severe pain in his lower left back in addition to difficulty passing urine accompanied by a burning sensation. He went to the nearest clinic where he received a urine test and an ultrasound. After checking his result, the doctor told him that he had a urinary tract infection and inflammation of the bladder. Doctors provided him with antibiotics and gave him an injection. Three week later, when he did not feel better, his niece brought him to Mae Sot Hospital (MSH) in Thailand, where he underwent another ultrasound and urine test. The results indicted that he has a stone in his bladder. The doctor gave him a follow-up appointment for 24th of January 2020 and he received two months' worth of medication in the meantime. When he returned for his appointment, he received an x-ray. Following this, the doctor told him that he needs surgery and a pre-surgical deposit of 15,000 baht (approx. $500 USD) would be required by the hospital. The doctor then scheduled his surgery for March 31st, 2020. Unable to pay for the surgery, Chit and his niece returned to MTC to ask for help. At MTC, Chit received a urinary catheter and a medic referred him to Watsi's Medical Partner Burma Children Medical Fund (BCMF) for assistance in accessing further treatment and support. Chit's niece said, “When I was young my uncle looked after me well. So I want to help and support his treatment as much as I can. I am very grateful that he has received this chance to have his treatment supported by you. As we have financial problems at home, I cannot find anyone to borrow money from easily if you would not support him.” 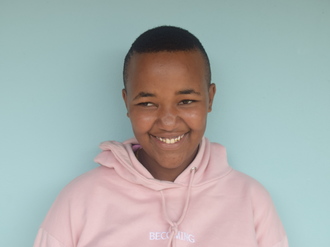 Witness is a student from Tanzania who is the first born child in a family of four children. She is smart, intelligent, and very hard working girl. Witness has completed her form four education and is currently waiting for her results to be able to join form five and six. She wishes to be a laboratory technician when she completes her studies and be able to support her parents and siblings. Witness’ father used to work as foreman at a construction site but after the project matured he has not been able to get any other job thus he is now forced to seek any casual day jobs to be able to support his family. The mother sells vegetables and the little income she gets she helps her husband to support her family. Witness was diagnosed with right genu varus. Her leg is bowed so that her knees cannot touch. This condition is typically caused by an excessive accumulation of fluoride in the bones, which often stems from contaminated drinking water. As a result, she has difficulty walking. Our medical partner, African Mission Healthcare, is requesting $838 to fund corrective surgery for Witness. The procedure is scheduled to take place on January 24th. Treatment will hopefully restore Witness's mobility, allow her to participate in a variety of activities, and greatly decrease her risk of future complications. Witness says, “My secondary education has been really challenging for me due to my leg’s condition. If you can help correct my leg I would be able to continue with my further studies with ease without all this challenges I am going through.” 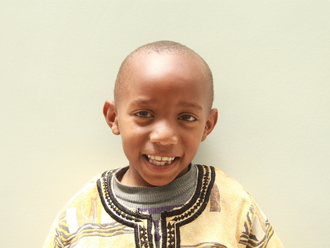 Solomon is a young boy from Kenya who four months ago was diagnosed with a right undescended testis. This is a condition where testis are not in a scrotal sac as expected in a baby boy soon after birth. Solomon arrived at the hospital today in the company of his mother and grandmother. His mother walks in with a limp and a crutch for support. Solomon is quick to grab a seat for his mother, something that depicts how respectful he is. While giving him a bath recently, Solomon’s mother noticed a slight swell on his groin which was painful. Solomon confessed that it had been there for some time but really never bothered him. Solomon’s mother took him to the nearest hospital where he was diagnosed and surgery recommended. Solomon was diagnosed with cryptorchidism, a condition in which one or both of the testicles remains undescended. The cost of surgery was however way too high for them to cover. Recently, a friend advised that they visit Watsi Partner BethanyKids Kijabe where they could better access financial assistance. The diagnosis has been confirmed and surgery is advised. If not treated, Solomon is at a risk of suffering fertility issues, testicular cancer and/ or inguinal hernia. Solomon is the firstborn of three children and lives with his parents and siblings in a one-room house in Central Kenya. While Kenya has a national health insurance system, his parents have passed difficulties that have led to them to defaulting on NHIF premiums for quite some time--a situation that is common in Kenya. However, the hospital team counseled them on its importance and they promised to try and keep up with the payments. The little savings the family had were exhausted in getting treatment for Solomon’s mother who was involved in an accident sometimes back. Solomon’s father, the sole breadwinner, practices subsistence farming and at times takes up casual farming jobs to sustain his family’s needs. They are therefore appealing for help towards Solomon’s surgical care. Solomon will be receiving assistance from our medical partner, African Mission Healthcare Foundation (AMHF). Fortunately, he is scheduled to undergo corrective surgery on January 30th. AMHF is requesting $535 to cover the total cost of his procedure and care. “I want to be a teacher when I grow up,” says Solomon. 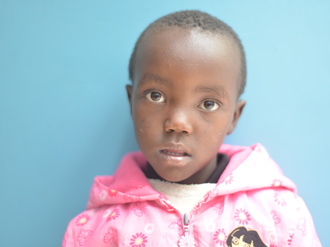 Alex is a child from Kenya. For one year, Alex has had an inguinal hernia. This hernia causes him pain. Fortunately, on August 5, he will undergo repair surgery at our medical partner's care center. Our medical partner, African Mission Healthcare Foundation, is requesting $423 to fund Alex's surgery. Once completed, this procedure will hopefully allow him to live more comfortably. “Please help us. To be honest we will take years and years to raise the funds needed yet our son is suffering,” says Alex’s mother. 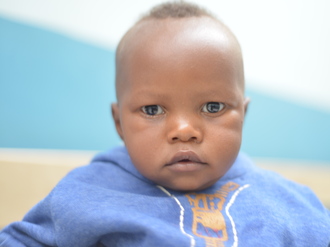 Ronny is a young boy from Kenya. He was born with hypospadias, a congenital abnormality that causes urinary dysfunction. Without treatment, he will continue to experience uncomfortable symptoms and will be at risk of infertility. Fortunately, Ronny is scheduled to undergo corrective surgery on July 2. Our medical partner, African Mission Healthcare Foundation, is requesting $700 to cover the total cost of his procedure and care. “We travelled all the way from Kericho with a spark of hope that our son will get help,” says Ronny’s father. 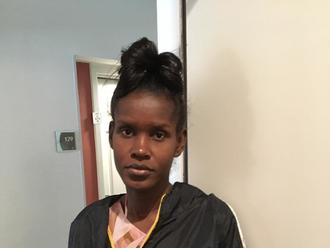 Sherley is a mother of two from Haiti. She lives with her husband and two children in a neighborhood of Port-au-Prince; she is a homemaker. Sherley has a cardiac condition called rheumatic mitral stenosis and mitral regurgitation. One of the four valves of her heart does not open and close properly and is also too narrow, as a result of an infection she suffered several years ago. Sherley will fly to the United States to receive treatment. On May 6, she will undergo cardiac surgery, during which surgeons will either repair or replace her damaged valve. Another organization, The Heart Hospital Baylor Plano, is contributing $46,000 to pay for surgery. Sherley's family also needs help to fund the costs of surgery prep. The $1,500 bill covers labs, medicines, and checkup and followup appointments. It also supports passport obtainment and the social workers from our medical partner, Haiti Cardiac Alliance, who will accompany Sherley's family overseas. She says, "I am so happy to have this surgery so I will be in better health to play with my children." 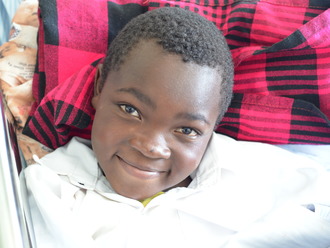 Edward is a student from Kenya. He is the youngest in a family of four. Edward is a primary school student who aspires to become a doctor. His parents are farmers. This month, Edward was in a motorcycle accident, and he suffered a femur fracture. He needs intramedullary nailing to correct the fracture. He complains of mild pain. If not treated, Edward risks further complications, such as malunion. Fortunately, surgeons at our medical partner can help. On January 24, Edward will undergo a fracture repair procedure, called an open reduction and internal fixation. This treatment will help him walk on his easily own again. Now, our medical partner, African Mission Healthcare Foundation, is requesting $1,451 to fund this procedure. Edward says, “I wish to be treated. I want to become a doctor." 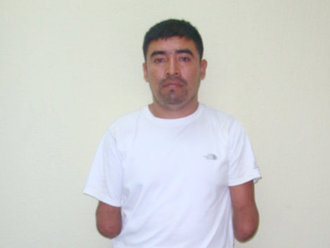 Ventura needs to be fitted with two prosthetic devices. Several years ago, Ventura was in a severe electrical accident that resulted in the loss of his arms. Since his residual limbs are small, Ventura has had a hard time finding a prosthetic that will fit. It will cost $1,490 to fit and manufacture new arms for Ventura, which will greatly improve his independence and the functionality arms. Ventura, 39, is an amazingly positive man. He is all smiles and enthusiasm as he grasps the doctor’s hands with his two residual limbs in a firm and warm greeting. He is excited for the opportunity to be fitted for his first prosthetic device and is thankful for the funding provided by Watsi.