Adam joined Watsi on December 3rd, 2016. 28 other people also joined Watsi on that day! Adam's most recent donation supported Faith, a child from Kenya, to fund a hearing aid.

Adam has funded healthcare for 1 patient in 1 country. 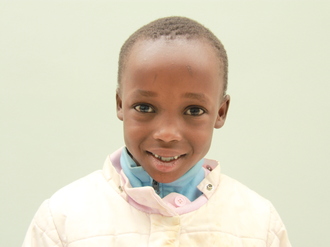 Faith, the only child in her family, was doing well all along until she turned three years. She started to have difficulty hearing and her mother had to shout for her to hear. Her mother at first thought Faith was just being naughty. As years progressed, Faith's hearing became limited. She was unable to go to school as she struggles to hear what the teacher says. Her mother tried to have her ears cleaned from a nearby dispensary. With the condition's persistence, she had tests run in a different hospital and was diagnosed with hearing loss. The cost of the hearing aids was high for Faith's mother. They were advised to seek care in Kijabe by a friend with hopes of subsidized charges. Faith’s mother cannot raise the funds needed and so appeals for help. Faith's mother does casual tasks such as laundry in the neighborhood and she was abandoned by her father before she was born. They are only able to aise 15,000 Kenyan Shillings which cannot fully cover the cost of the hearing aids. “If I get the hearing aids I will go to school again,” says Faith with a bright smile.