Jessica joined Watsi on April 2nd, 2017. 16 other people also joined Watsi on that day! Jessica's most recent donation supported Zeth, a toddler from Kenya, to fund an elbow fracture repair.

Jessica has funded healthcare for 2 patients in 2 countries. 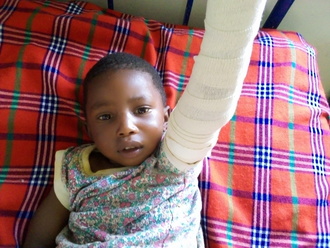 Zeth is 3 year old boy who likes playing games like kick the can with his friends. Wednesday, the 22nd of Jan, in the evening Zeth was playing with his friends when he was knocked down by one of his friends injuring his hand. Zeth was brought to our hospital crying and on his arrival, he was injected pain meds before he was sent for an x-ray which confirmed that Zeth had fractured his left elbow. Zeth was unable to lift or fold his left hand, all he could do is cry for help. He was then admitted for surgery to fix his fractured elbow. Zeth is the firstborn child in a family of two and he has just joined kindergarten. His father is a student in a teachers’ college and his mother is a housewife. They are a young family raised from a humble background. Currently, Zeth's mother has a nursing child so she can’t work. On the other hand, his father is in school continuing with his studies with the hope of improving his employment prospects. The young family mostly depends on Zeth's grandparents for basic and other family needs. They also still stay with them because they can’t afford to buy a land or build a home of their own. The family has nothing to pay for his surgery. They are requesting anyone to support them so that Zeth can receive treatment. Sharon, Zeth’s aunt says, “He has so much pain, I hope he gets treated and feels relieved.” 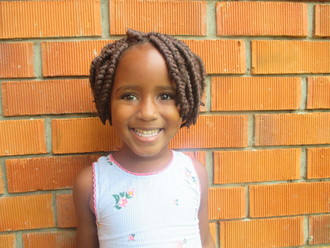 Kyigambo is a 4 year old from Uganda. Her parents operate a small scale retail shop earning very little profit. Since birth, Kyigambo has had an umbilical hernia. She feels pain when she is playing, coughing and after eating. Fortunately, on December 31st, she will undergo hernia repair surgery at our medical partner's care center. Our medical partner, African Mission Healthcare Foundation, is requesting $219 to fund Kyigambo's surgery. Once completed, this procedure will hopefully allow her to live more comfortably and confidently. Kyagambo’s father says, “I hope my child will get better after her surgery and believe she is brilliant enough to study hard for a brighter future.”