Jeremy joined Watsi on March 20th, 2019. 16 other people also joined Watsi on that day! Jeremy's most recent donation supported Bettcherly, a boy from Haiti, to fund prep for cardiac surgery.

Jeremy has funded healthcare for 3 patients in 3 countries. 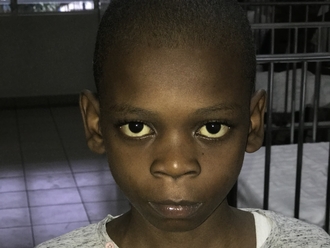 Bettcherly is a student from Haiti. He lives with his mother and two brothers in a small city in southwestern Haiti. He likes attending school and listening to soccer on the radio. Bettcherly has a cardiac condition called rheumatic mitral and aortic regurgitation. Two of the four valves in his heart are severely damaged due to an infection suffered earlier in childhood. As a result, his heart cannot adequately pump blood through his body. Bettcherly will fly to India to receive treatment. On February 26, he will undergo cardiac surgery, during which surgeons will remove his two damaged valves and implant artificial replacements. Our medical partner, Haiti Cardiac Alliance, is contributing $5,000 to pay for surgery. Bettcherly's family also needs help to fund the costs of surgery prep. The $1,500 bill covers labs, medicines, and checkup and followup appointments. It also supports passport obtainment and the social workers from our medical partner, Haiti Cardiac Alliance, who will accompany Bettcherly's family overseas. His mother says, "Our family is very grateful to everyone who is helping our son to be able to have this surgery." 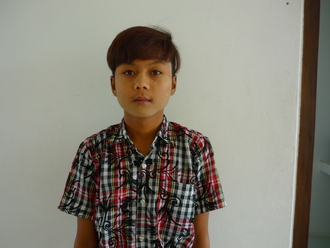 Linn Thu is a 18-year-old boy from Burma. He lives with his grandparents, parents, and two younger brothers. In his free time, Linn Thu likes to visit his friends and listen to music. Linn Thu was diagnosed with a heart condition that involves a malformation of the mitral valve, the valve between the left atrium and left ventricle. This valve controls the flow of blood, but certain conditions may cause blood to flow backward or the valve to narrow. Currently, Linn Thu feels tired and experiences chest pain. Our medical partner, Burma Children Medical Fund, is requesting $1,500 to fund a mitral valve replacement for Linn Thu. The treatment is scheduled to take place on February 22 and, once completed, will hopefully allow him to live more comfortably. “I would like to get a good job to earn a living after I recover,” says Linn Thu. 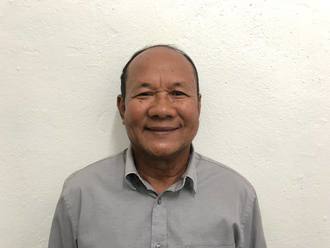 Savat is a government worker from Cambodia. He has one son, six daughters, and nine grandchildren. He likes to watch the news on TV. Four years ago, Savat developed a cataract in his left eye, causing him blurry vision, tearing, a clouded lens, and photophobia. He has difficulty seeing things clearly, recognizing faces, and going anywhere outside. When Savat learned about our medical partner, Children's Surgical Centre, he traveled for seven hours seeking treatment. On January 9, doctors will perform a phacoemulsification surgery and an intraocular lens implant in his left eye. After recovery, he will be able to see clearly. Now, he needs help to fund this $211 procedure. His daughter says, "I hope my father's surgery is successful so that he can return to work."