Freesoulee joined Watsi on January 15th, 2020. 14 other people also joined Watsi on that day! Freesoulee's most recent donation supported Naw Htee, a refugee from Thailand, to fund a CT scan and care.

Freesoulee has funded healthcare for 4 patients in 4 countries. 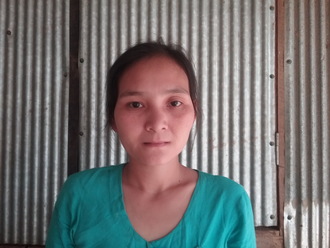 Naw Htee is a 30-year-old woman from Thailand. In 2006, Naw Htee and her family fled from Karen State, Burma to Thailand because there were conflicts between the armed groups and the country's military in their village. She now lives in a refugee camp with her family. In 2010, Naw Htee felt a severe toothache while she and her parents were visiting her village in Burma. She went to the nearest local clinic, where she had her molar teeth extracted. After the procedure, Naw Htee was in extreme pain; she could not even open her mouth as she used to. She was told that pain after tooth extraction is normal and that the pain will be diminished if she takes painkillers. Naw Htee tolerated the pain and hoped for the pain to be gone. Since then, Naw Htee could barely open her mouth. Naw Htee was too afraid to tell about her condition to anyone. She carried this burden for almost 9 years, until she decided to seek help. She then visited the clinic in the refugee camp. After trying oral medication and since her condition remained the same, she was referred to Mae Sariang General Hospital (MSGH) in July 2019. There, she received an x-ray, and the doctor diagnosed her with Ankylosis of the Temporamandibular joint [TMJ], stiffness of a joint due to abnormal adhesion and rigidity of the bones of the joint of jaw. She was then referred on to Chiang Mai Hospital (CMH) as MSGH does not have capacity to treat her condition. Once at CMH, the doctor told Naw Htee that she needs to undergo a special x-ray prior to receiving treatment. Doctors want Naw Htee to undergo a CT scan, a procedure in which x-ray images taken from several angles are combined to produce cross-sectional images of the body. This scan will hopefully help doctors diagnose her condition and formulate an appropriate treatment plan. Our medical partner, Burma Children Medical Fund, is requesting $469 to cover the cost of Naw Htee's CT scan and care, scheduled for February 5th. Naw Htee mentioned, “I wanted to be a healthy, strong and supportive mother, even without the support of their father.” 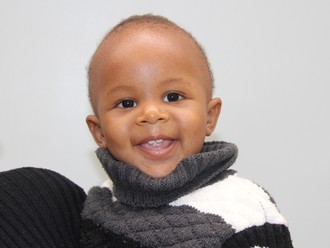 John is a baby from Kenya. John’s father, the family's sole breadwinner, is employed casually to cut trees. His mother on the other hand is a full-time mom. His family lives in a single-rental house in Central Kenya. With limited income of $120 on average per month, John’s father is not able to raise the funds needed for his son’s treatment. John was born with hypospadias, a congenital abnormality that causes urinary dysfunction. Without treatment, he will continue to experience uncomfortable symptoms and will be at risk of future infertility. Fortunately, John is scheduled to undergo corrective surgery on March 10th. Our medical partner, African Mission Healthcare Foundation, is requesting $700 to cover the total cost of his procedure and care. “If only I can see him urinate normally, I’ll be very happy,” says John’s mother. 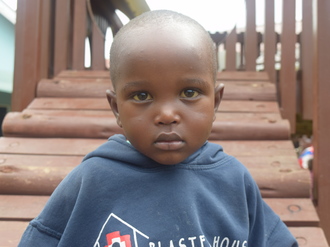 Lowasa is a three-year-old boy from Tanzania and the firstborn child in his family. At two years of age, his knees started curving inwardly forming knocked knees. His parents thought it was a normal ricket condition that would end with time. With time, the swell kept worsening and made walking painful and difficult for Lowasa. He would sit most part of the days while his friends played. Lowasa was referred to our facility by a friend. He was diagnosed with knocked knees and surgery recommended. Upon successful surgery, he will be able to walk with ease and less pain. His parents are livestock keepers who rely on selling them to make ends meet. The only money they had was exhausted in a different facility to relieve Lowasa the swelling on his legs. They are not able to afford the planned surgery and are requesting help. Fortunately, Lowasa traveled to visit our medical partner's care center, Arusha Lutheran Medical Centre. There, surgeons will perform surgery on December 10th. Our medical partner, African Mission Healthcare Foundation, is requesting $890 to fund Lowasa's treatment. After treatment, he will be able to walk easily and with less pain. Lowasa's parents say, “His legs keep worsening as days go by and we are unable to afford the cost. Please help our son if it’s possible.” 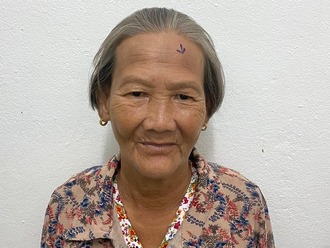 Heang is a 68-year-old rice farmer from Cambodia. She has four children, eleven grandchildren, and enjoys listening to the radio in her spare time. One year ago, Heang developed a cataract in her left eye, causing her blurry vision, tearing, and photophobia. She has difficulty seeing things clearly, recognizing faces, and going anywhere outside. When Heang learned about our medical partner, Children's Surgical Centre, she traveled for six hours seeking treatment. Doctors will perform a phacoemulsification cataract surgery and an intraocular lens implant in her left eye. After recovery, she will be able to see clearly. Now, she needs help to fund this $211 procedure. "I hope that my mother will be able to see clearly so she can go about her work and be able to do things by herself again." -Heang's Daughter