Timara has funded healthcare for 1 patient in 1 country. 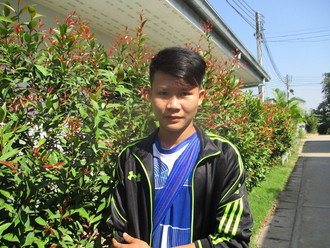 Der Lwel is an 18-year-old boy who lives with his parents and two younger brothers in Ta Kue Khee Village, Kyain Seikgyi Township, Karen State, Burma. He and his parents work as subsistence farmers, while his two younger brothers are students. Two years ago, Der Lwel broke his lower back bone. The next day, he received internal fixation surgery. After the surgery, he learned that he would need to come back in two years to have the metal screws removed. Now, he is scheduled to undergo surgery to remove the metal screws on February 13. This procedure will cost $1,500. Der Lwel said, “I feel very uncomfortable and I have pain when I bend over while planting or harvest rice. I want to receive treatment and work comfortably like I did before I got injured.”