Jökull has funded healthcare for 44 patients in 8 countries. 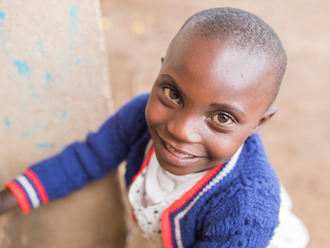 Peace is a five-year-old girl from Kenya. She is very polite and friendly. Her mother is a laborer. Unfortunately, her father passed away five years ago after a long illness. Peace has a condition called severe bilateral genu valgus, also known as knock knees. This means her knees bend and touch each other when her legs are straightened. This condition hinders her ability to walk and causes her pain. Fortunately, she is scheduled to undergo corrective orthopedic surgery at our medical partner's care center on May 24. This surgery will eliminate her pain and allow her to walk. Her mother needs help raising $1,165. “I will be happy if you help my daughter undergo surgery and later on join school," says her mother. 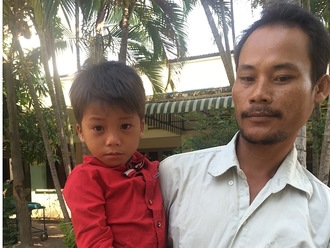 Piseth is a five-year-old boy from Cambodia. He has two older brothers and a sister. He is the youngest in the family. He likes to play games with his friends. Four years ago, his left hand was burned by an open fire. Burn scar contractures have developed, tightening the skin around his burn. He can't bend his fingers. When Piseth learned about our medical partner, Children's Surgical Centre, he traveled for five hours seeking treatment. On April 25, surgeons at CSC will perform a burn contracture release surgery to to help him use his hand easily again. Now, he needs help to fund this $448 procedure. 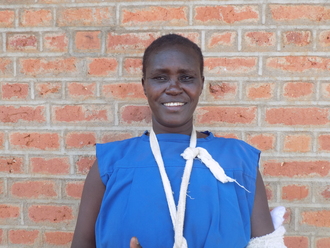 Stella is a farmer from Kenya. She plants millet and sorghum. She has five children. Two weeks ago, Stella was crossing a stream when she slid and fell, knocking her hand on a hard surface. She is not able to use her hand and is in pain. Fortunately, surgeons at our medical partner can help. On April 5, Stella will undergo a fracture repair procedure, called an open reduction and internal fixation. She will be able to work and use her hand easily. Now, our medical partner, African Mission Healthcare Foundation, is requesting $771 to fund this procedure. “My children have just closed school. They really need me at home. I want to get treated so that I can go home and be with them," says Stella. 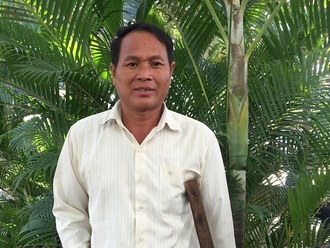 Hout is a tuk-tuk driver from Cambodia. He has five children and enjoys reading the news on Facebook. Two months ago, he fractured his ankle in an accident outside of his house, when a piece of farming equipment hit him. It's difficult for him to walk, and he can't ride his tuk-tuk. Fortunately, surgeons at our medical partner, Children's Surgical Centre, can help. On January 15, Hout will undergo a fracture repair procedure, which will cost $430. This operation can help him walk again. He says, "I hope I can fix my foot and go back to work." 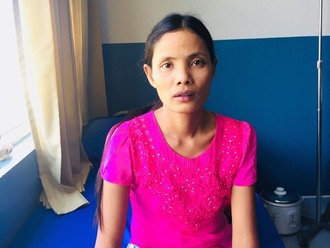 Than is a 29-year-old woman from Burma. She lives with her parents, husband, and two sons outside of Yangon. Than was diagnosed with a heart condition that involves a malformation of the mitral valve, the valve between the left atrium and left ventricle. This valve controls the flow of blood, but certain conditions may cause blood to flow backward or the valve to narrow. Currently, Than experiences sharp chest pain and severe fatigue. She also suffers from vision problems. She has had to stop working due to her symptoms. Our medical partner, Burma Children Medical Fund, is requesting $1,500 to fund a mitral valve replacement for Than. The treatment is scheduled to take place on February 5 and, once completed, will hopefully allow her to live more comfortably. Than said, "All I can do these days is to pray and rest because I do not have the energy to do more. I would just like to be healthy again so that I may be able to take care of my children and husband.” 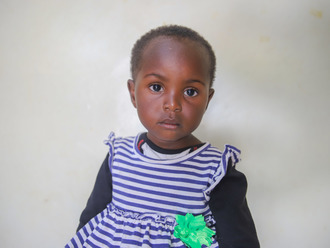 Ivonne is a child from Kenya. Her mother is a housewife, while her father is a farmer. Ivonne has clubfoot of her left foot. Clubfoot is a condition in which the foot is twisted out of shape. This causes difficulty walking and even wearing shoes. Fortunately, Ivonne traveled to visit our medical partner's care center, AIC Cure International Hospital. There, surgeons will perform clubfoot repair surgery on January 22. Our medical partner, African Mission Healthcare Foundation, is requesting $1,224 to fund Ivonne's clubfoot repair. After treatment, she will able to walk and attend school when the time comes. “I will be happy if you help my daughter undergo for surgery. God bless Cure and Watsi," her mother says. 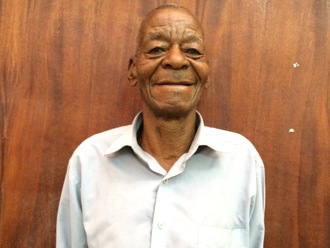 This is Reginald, a 77-year-old maize farmer and retired administrator. Reginald lives with his wife of many years in Malawi. He has many hobbies, from reading novels to listening to the radio with his wife. He also loves playing with his grandchildren. For four years now, Reginald has been suffering from the effects of an enlarged prostate. His symptoms include pain and difficulty urinating. Although there is an operation known as prostate resection that can treat Reginald’s problem, his family cannot afford to pay for it. As a result, he has had to be catheterized in order to deal with his urination problems. But fortunately, with your help, Reginald will be able to access the surgery that he so urgently needs. For $733, we can sponsor his prostate resection procedure on September 5, as well as his medications, 17-day hospital stay, and follow-up appointment. Reginald and his family were thrilled to be introduced to Watsi. Let’s help this grandfather achieve the physical comfort that everyone deserves to have in their old age. 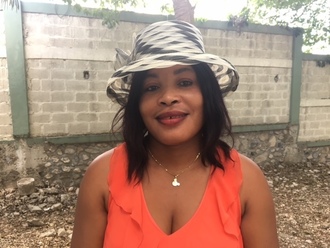 Melienne is a 35-year-old woman who lives in Port-au-Prince, Haiti. She is the mother of a nine-year-old little girl. She is not currently working but has worked in a hotel and as a street merchant. When she is not working or providing for her daughter, Melienne really enjoys listening to music and singing. She describes it as her passion. Some time ago, Melienne noticed a mass in her breast but did not pay attention to it since it did not hurt. In January of 2017 she finally went to the hospital and had a biopsy. She was diagnosed with breast cancer. Melienne will be getting a mastectomy on July 29. Our medical partner, Innovating Health International, is requesting $1,085 to fund this treatment. With this surgery, Melienne will likely be able to be present in her young daughter’s life. She will be able to become more active and start working as well. 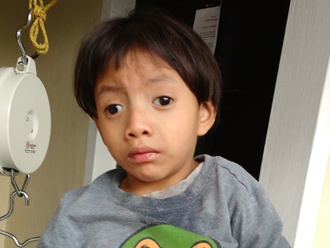 Luis is young boy from Guatemala. Luis has a genetic syndrome called cri-du-chat, which causes cognitive and motor delays, among other symptoms. Luis is beloved by his entire family—he loves to play and sing with his older brother, and his mother works incessantly to care for Luis provide the best for him so that he can live happily. Luis needs to undergo surgery to treat cryptorchidism. Cryptorchidism—or undescended testicles—is a condition commonly found in young boys who were born prematurely, as Luis was. In order to treat this condition, he will undergo a simple surgery that relocates the undescended testicle into its proper position. If left untreated, Luis could be at risk for a variety of reproductive illnesses in the future, including inguinal hernia, infertility, and testicular cancer. On October 5, Luis will undergo a procedure called an orchidopexy, which is surgery to move an undescended testicle into the scrotum and permanently fix it there. $1,500 will pay for his laboratory testing, medication, travel, and accompaniment. This treatment will lessen Luis's chances of developing complications later in life. Luis's mother says, "Thank you so much for this support. I will fight with everything I have for my son to have a better life." 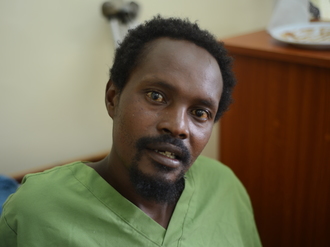 Titus is a 37-year-old father from Kenya who lives with his wife and four-year-old child. Titus used to provide for his family as a bus driver, however he has been unable to work since a bus accident caused a fracture in Titus's left tibia. His wife now works on farms whenever she can. Because Titus's fractured leg has rendered him unable to walk, doctors have advised that he receive a bone transport. For his first bone transport, Titus organized a fundraiser with friends and family, however he unfortunately could not generate enough money to foot his hospital bill. Our medical partner, African Mission Healthcare Foundation, is requesting $1,500 to fund a second bone transport for Titus, which is scheduled to take place on June 23. Without treatment, Titus will be at risk of malunion of his tibia, meaning that the fracture may heal improperly and permanently impede his mobility. “I want to be treated and be a providing father to my child," says Titus. 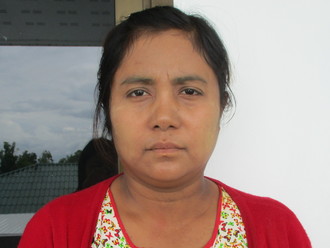 Ni is a 39-year-old woman from Burma. She is a single mother to four children. She works hard as a vegetable vendor to support her family. Over the past year, Ni has not been able to work due to recurring headaches, fatigue, and back pain. Seeking an evaluation and treatment, Ni traveled to our medical partner, Burma Children Medical Fund, who has arranged for Ni to have a CT scan on June 12. Ni is requesting $414 to cover the cost of the CT scan. The results from the CT scan will provide important diagnostic information for doctors so that they can formulate a diagnosis and prepare a treatment plan for Ni. 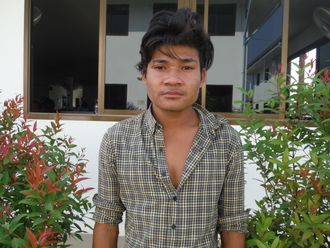 Min Zaw is a 23-year-old man from Burma. He lives with his mother, sisters, and extended family. Min Zaw works on a rubber plantation to support his family. During downtime, Min Zaw enjoys listening to music. Min Zaw was born with poor vision in his right eye, which has always been blurry. A few months ago, he completely lost vision in his left eye after accidentally being kicked in his face while playing soccer. On March 2, Min Zaw will undergo eye surgery at our medical partner's care center, Maharaj Nakorn Chiang Mai Hospital, to repair his vision. Our medical partner, Burma Children Medical Fund, is asking for $1,500 to fund his surgery and accompanying physical, hospital, lab, and medication fees. After surgery, Min Zaw is looking forward to going back to work to support his family!