Joanne joined Watsi on April 10th, 2016. 53 other people also joined Watsi on that day! Joanne's most recent donation supported Dominic, a young man from Kenya, to treat his fractured leg.

Joanne has funded healthcare for 1 patient in 1 country. 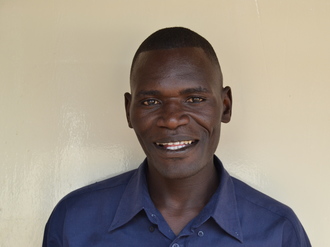 Dominic is a young man, who currently walks with the aid of a broken walking stick. Dominic is a father of one and relies on the little he earns from informal tutoring of pupils. Dominic is 25 years old, and comes from a poor family of a widowed mother and seven siblings. He was the main provider for his young family before he was involved in a car accident a few years ago, where he fractured his tibia. His wife is a casual laborer who washes clothes for people to earn a living. Dominic's first surgery was funded by well-wishers. He needed a second surgery but due to lack of funds, it has been delayed for over one year. Due to financial constraints, he has not been able to get medical crutches to aid in walking. Dominic needs help to have the surgery done and restore back his health. Dominic's current symptoms include pain and strain while walking. Since the accident, Dominic can no longer work at construction sites, which was his means to earn a living. If not treated, Dominic may continue experiencing pain on his leg and difficulties in walking. He may also suffer severe infection which could result in amputation. $1,410 will fund the surgery and casting he needs to get healthy, and regain the use of his leg. “I would like to be a providing father and supportive son to my widowed mum; it pains me to have to rely on my wife for everything,” said Dominic. Our medical partner adds: "We expect that after the surgery, Dominic will heal well and he will be able to walk on his own again. Eventually he will be able to work and support his family."