Amir has funded healthcare for 4 patients in 3 countries. 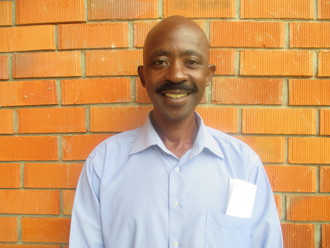 Magambo is a bus conductor from Uganda. He is a married father to seven children, one boy who has just completed university and the rest are all daughters who are still studying in school. He earns a living by working as a bus conductor and says his salary is the family’s major source of income. He owns a small piece of land on which his wife practices cultivation by growing crops for them to eat at home and at times can sell off any surplus to enable her to also contribute something to the family's income. Since three years ago, Magambo has had an inguinal hernia. This hernia causes him pain and hinders him from working. Fortunately, on April 7th, he will undergo hernia repair surgery at our medical partner's care center. Our medical partner, African Mission Healthcare Foundation, is requesting $219 to fund Magambo's surgery. Once completed, this procedure will hopefully allow him to live more comfortably and confidently. Magambo says, “I have hope that my surgery will go well.” 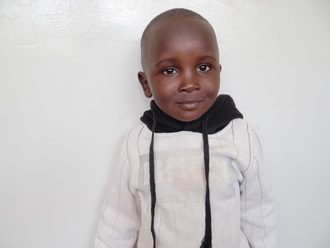 Simon is a child from Kenya. He is the only child in the family. Simon was born with hypospadias, a congenital abnormality that causes urinary dysfunction. Without treatment, he will continue to experience uncomfortable symptoms and will be at risk of infertility. Fortunately, Simon is scheduled to undergo corrective surgery on October 4. Our medical partner, African Mission Healthcare Foundation, is requesting $676 to cover the total cost of his procedure and care. 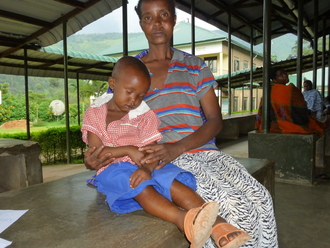 Five-year-old Modern lives with his mother and five siblings in a Ugandan village, 40 kilometers away from the hospital. “[Modern’s] mother and father are separated, making it difficult for the mother to support the children,” our medical partner, the Kellermann Foundation, tells us. “She does some farming of sweet potatoes and beans and also digs crops for others.” Modern has acute malnutrition. The Kellermann Foundation explains that Modern’s condition, “severely [affects] his energy level and [causes] edema and skin sores.” Nutrition plays a fundamental role in normal childhood development. Without a healthy diet, Modern’s condition makes him susceptible to a weakened immune system alongside stunted mental and physical growth. For $375, Modern can receive treatment to overcome his acute malnutrition. Nutrient-rich therapeutic milk will be added into his diet to stabilize his nutrition levels. This intervention will reduce the effects of his malnutrition and edema, enabling Modern to grow normally. To help subsidize his treatment, Modern’s mother contributed $1 to the total treatment cost. After recovering, Modern will be able to return to kindergarten where he enjoys playing soccer and crafting things out of paper to share with the other children in his class. 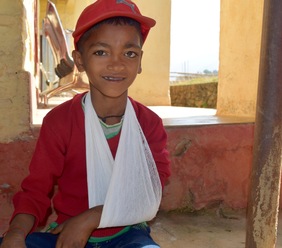 Meet seven-year-old Aditya from Nepal. Aditya's father works in India while his mother stays home to care for him and his younger brother. After a tough slip while playing with friends, Aditya fractured his left hand. "He has some swelling in the elbow and has taken medication to reduce the pain. He still feels nauseous and has vomited a number of times too," reports our medical partner, Possible. Receiving proper care for fractures is difficult for many patients, as they are often far from hospitals and lack the personnel and equipment needed for first aid. For $224, Aditya will receive proper treatment for his hand fracture. Possible explains, "During the treatment, Aditya will be put under anesthesia to ensure that his bones align correctly. The plaster will then be put around the area of injury to allow the fractured bones to heal." Possible expects a full recovery after surgery. "In about two to three weeks, the pain and swelling will subside," they explain, "and he can go about doing his activities by the fourth week." "My son's health worries me a lot," his mother shares. "He's always been the ill child in the family and I fear all of this is hampering his growth."