Delene joined Watsi on December 31st, 2016. 41 other people also joined Watsi on that day! Delene's most recent donation supported Philemon, a farmer from Kenya, to fix a bone fracture.

Delene has funded healthcare for 6 patients in 3 countries. 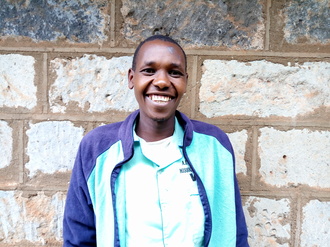 Philemon is a farmer from Kenya. Philemon is a 22 year old father of one and himself is the first born child of a family of four. Being the first born child in a less fortunate family, Philemon’s roles were defined so fast that he dropped out of school so that his younger siblings could get a chance to proceed with their studies. He opted to do farming with his dad so that they can improve their humble background. Philemon is hardworking and energetic man who is depended by the family for its daily needs. Philemon was well until 9th August when he fell from a tree and sustained injury to his left leg and was diagnosed with an open proximal tibia fracture. Philemon was brought to our hospital and was received by our doctors. He underwent his first surgery to clean and close his wounds. He was then admitted to wait for ORIF surgery. He is unable to stand with his left leg. He can only walk with the able of a walker or being wheeled on a wheel chair. Fortunately, surgeons at our medical partner can help. On August 15th, Philemon underwent a fracture repair procedure, called an open reduction and internal fixation. He will be able to walk normally after treatment. Now, our medical partner, African Mission Healthcare Foundation, is requesting $968 to fund this procedure. Philemon says, “I need to walk again, I don’t have a sustainable job to feed my parents and siblings. I also want to make sure that they finish school and get proper education." 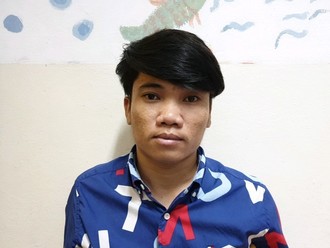 Sok is a 23-year-old watch seller from Cambodia. He has one older sister, and enjoys playing soccer for exercise and listening to music. In October 2019, Sok suffered injuries to his left hip after a motorcycle accident. He now experiences hip dislocation and pain, and is unable to walk without support. Fortunately, surgeons at our medical partner, Children's Surgical Centre, can help. On December 24th, Sok will undergo a fracture repair procedure, which will cost $430. Surgery will help Sok to walk easily again and relieve any pain in his hip. "I hope that I will be able to walk again and return to work like before," Sok said. 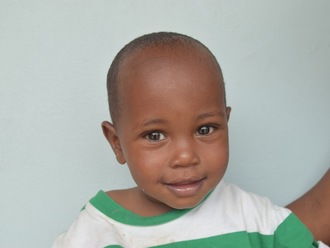 Erick is a 15-month-old happy and playful baby from Tanzania. He lives with his mother and grandparents. Erick has clubfoot of both feet. Clubfoot is a condition in which the foot is twisted out of shape. This causes difficulty walking and even wearing shoes. Fortunately, Erick traveled to visit our medical partner's care center, AIC Cure International Hospital. There, surgeons will perform clubfoot repair surgery on November 14. Our medical partner, African Mission Healthcare Foundation, is requesting $890 to fund Erick's clubfoot repair. After treatment, he will be able to walk without difficulty and attend school when he grows up. Erick’s mother says, “I will be very thankful and happy to see Erick get treatment. I promise to support him with all my efforts and to make sure that he goes to school when he grows up.” 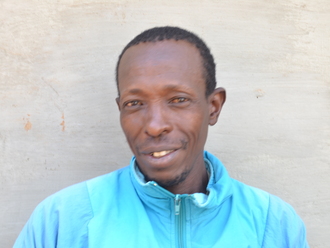 James is a 50-year-old man from Kenya. Last year, he was in a road traffic accident that left him with a broken right leg. He received first aid at a local hospital but could not afford to pay for surgery. Since then, James walked on crutches and experienced severe pain in his leg. He was unable to continue working as a stone layer. Unfortunately, James's wife and family members have passed away. He was supported by community members who learned of his condition from the community chief. Recently, the chief brought James to our medical partner's hospital. There, he underwent surgery on November 28. He needs help to fund this $1,451 procedure. James is optimistic about his future. "I hope to work again," he says, "and maybe start another family." 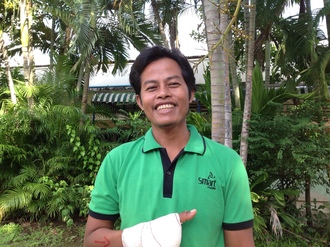 Sokha is a 36-year-old sugarcane juice seller with three sons and one daughter. He likes to listen to music and news on the radio and to chat with his customers. In November, Sokha's right hand was caught in his sugarcane juicer. He sought treatment at a military hospital, where four of his fingers were amputated. Unfortunately, his doctors were unable to close his wounds. Sokha left the hospital in pain and unable to use his hand. After learning about our medical partner, Children's Surgical Centre (CSC), Sokha traveled for four hours to seek treatment. On November 25, CSC surgeons performed a debridement procedure to clean the wound and a skin graft to cover the wound. Sokha needs help to fund this $450 procedure. "I hope to be able to use my hand again," says Sokha. "When I am healed, I will go home and try to find another job." 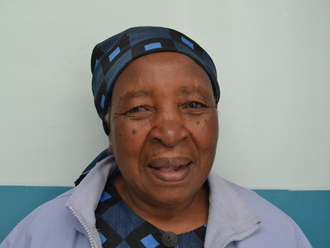 Naomi is a hardworking 75-year-old woman with four children. She also takes care of her grandchildren, whose father was killed during a violent wave of post-election chaos in 2008. She supports her family through farming. Naomi visited several hospitals after discovering a lump on her right breast, but she never received a diagnosis. Finally, she was referred to our medical partner's hospital, AIC Kijabe Hospital. There, a biopsy diagnosed her with breast cancer. Without treatment, Naomi's cancer could spread and cause further health issues. Fortunately, she underwent a mastectomy procedure on November 29. Naomi has been unable to work since receiving her diagnosis, so she needs help to fund this $816 surgery. “I want to limit spread of the disease to the rest of my body," she says, "to be able to care for my grandchildren."