Roger joined Watsi on March 8th, 2017. 18 other people also joined Watsi on that day! Roger's most recent donation supported Junior, a student from Haiti, to fund prep for cardiac surgery.

Roger has funded healthcare for 4 patients in 4 countries. 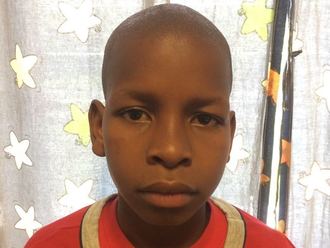 Junior is a nine-year-old boy who lives near Port-au-Prince with his parents and two younger brothers. He is currently in the third grade and would like to become an engineer when he grows up. Junior was born with an atrial septal defect, which means he has a hole between the two upper chambers of his heart. Because of this, blood leaks through the hole without first passing through his lungs and taking up oxygen to deliver to his organs. This leaves him feeling sickly and weak. He needs to undergo surgery to repair the hole. First, Junior will undergo a full cardiac assessment on January 19. This assessment will include physical exams, labs, and an overnight stay at the hospital. Our medical partner, Haiti Cardiac Alliance, is requesting $1,500 to fund these procedures. Funding for Junior also covers the cost of medications and social support for him and his family. Gift of Life International is contributing $3,500 to cover additional costs associated with Junior's surgical care. His father says, "We are excited for this surgery because it is very hard for Junior to walk up the hill to our house. We hope he will be able to have more energy once his heart is fixed!" 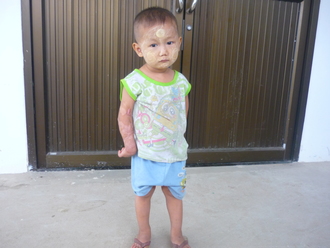 Dah Htoo is a two-year-old boy who lives in a village near the Thai-Burma border. He lives with his parents, uncle, grandmother, and younger brother. His father is a subsistence farmer and an agricultural day laborer. When Dah Htoo was one year old, he was crawling in the kitchen while his mother cooked soup. He accidentally knocked over the boiling soup, spilling it over his arm. His parents brought him straight to a clinic, where medics bandaged his arm and hand. Over time, Dah Htoo lost functionality in his arm and hand. Dah Htoo underwent two successful surgeries to treat his injuries. After recovery, he could straighten his arm. On November 23, Dah Htoo underwent a third surgery to improve the functionality of his hand. Now, his family needs help to fund this $1,500 procedure. “My son’s health is more important than other things,” says his father, “so I left my farm and came with my son to get treatment.” 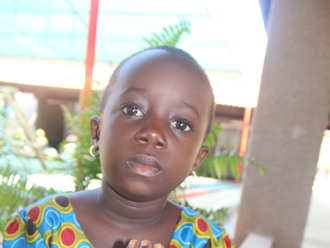 Four-year-old Cecilia lives with her parents in Tanzania. Open cooking fires are common in Tanzania, and Cecilia’s home is no different. When she was seven months old, Cecilia crawled to the cooking fire and pulled a pot of boiling tea onto herself, burning herself badly. Her parents sought treatment at the district hospital. After the treatment, however, the ring and middle fingers of her left hand had fused, and she had a scar. One day, Cecilia's father noticed a car from our medical partner, Comprehensive Community Based Rehabilitation in Tanzania (CCBRT). He asked the drivers about CCBRT, and they referred him to the organization's disability hospital. At CCBRT, a surgeon examined Cecilia and said something could be done to correct her fingers and remove the scar. However, her father, a mason, cannot afford to pay for Cecilia’s treatment. Cecilia is scheduled to undergo surgery to release the contractures on her hand on March 1. Her family needs help raising $1,036 to pay for the operation, as well as one month of hospital care after surgery, food, medicine, medical supplies, and dressing changes. Cecilia’s father is optimistic that, after treatment, she will be able to attend and succeed in school. He hopes she will pursue her education to the highest level, enabling her to live a good life. 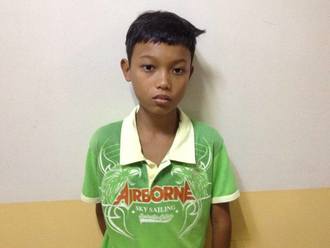 Lester is a 12-year-old student and older brother from the Philippines. He has experienced painful abdominal symptoms since he was a baby. Although he loves to play outdoors, the pain sometimes prevents him from doing so. Persistent symptoms have caused Lester to miss long periods of school. Lester's parents work as laborers on a nearby farm, but their income is limited. They could not afford to bring Lester to a doctor. Fortunately, our medical partner, International Care Ministries, visited their community. Lester's parents took the opportunity to get Lester a medical consultation and laboratory tests. Lester was diagnosed with an inguinal hernia, a condition in which intestinal tissue protrudes through the groin. He is scheduled to undergo a repair surgery on January 11. After surgery, Lester will return to school full-time and resume his childhood. The surgery will cost $1,098. Your donation will help pay for the surgeon's fees, one night stay in the hospital, the use of an operating theater, and medication. "We are so blessed that Lester was given a chance to be treated," says Lester's mother. "He is a good child and an industrious one. He is very loving to us, his parents. He really deserves this treatment, but because of our financial status we cannot afford the surgery. Thank you for helping us and my son."