Amanda has funded healthcare for 8 patients in 7 countries. 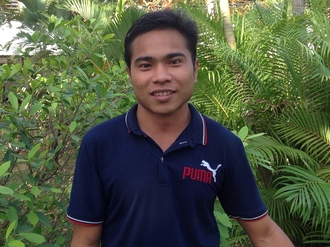 Hak is a 26-year-old factory worker from Cambodia. He is married and has one son. In his free time, Hak enjoys watching TV, listening to music, and looking after his son. Hak's left shoulder is dislocated, making it difficult for him to use his arm and causing him pain. His doctor at our medical partner, Children's Surgical Centre (CSC), has recommended an ORIF (open reduction internal fixation) surgery to appropriately realign his left shoulder. CSC has requested $411 for Hak's procedure and hospital stay, scheduled for February 15. After the surgery, Hak will be able to move freely again. 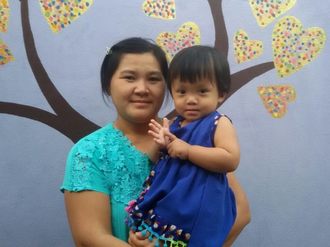 Chit Sandar is 21 months old and lives with her older brother, mother, and grandparents in a village in Burma. Her father works in Bangkok to support the family. At six months of age, Chit Sandar became sick with a fever. She was brought to the hospital, where she was diagnosed with hydrocephalus, a condition in which excess cerebrospinal fluid accumulates in the brain. Although Chit Sandar is eating well, she has experienced loss of consciousness, fatigue, and sunken eyes. She was referred to our medical partner, Burma Children Medical Fund (BCMF). On February 14, doctors will perform a shunt insertion surgery to drain the fluid from her brain. Chit Sandar's parents cannot afford treatment, so BCMF is requesting $1,500 to help fund this procedure. 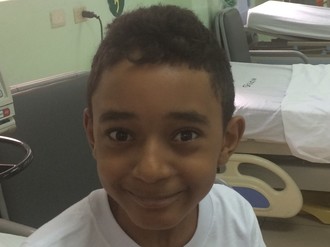 Samuel is ten years old and lives with his mother in La Romana, a city in eastern Dominican Republic. He is an excellent student and would like to grow up to be a pediatric cardiologist. Samuel was born with a cardiac condition called Tetralogy of Fallot, which involves several related defects. There is a hole between two chambers of his heart and a muscular blockage in one of his heart's valves. This condition prevents oxygen from fully circulating through his body, leaving him weak and short of breath. Although Samuel is not Haitian, our medical partner, Haiti Cardiac Alliance, is collaborating with their partners in the Dominican Republic to offer treatment to Dominican children. He will undergo cardiac surgery at our medical partner's care center. First, Samuel will undergo a full cardiac assessment on February 13. This assessment will include physical exams, labs, and an overnight stay at the hospital. Haiti Cardiac Alliance is requesting $1,500 to fund these procedures. Funding for Samuel also covers the cost of medications and social support for him and him family. Gift of Life International is contributing $7,000 to cover additional costs associated with Samuel's surgical care. After his treatment, Samuel will be able to grow normally and be free from his condition. He will also be able to pursue his dream of becoming a doctor. "I am excited to be a doctor when I grow up so that I can help other kids who have the same problem I have now," says Samuel. 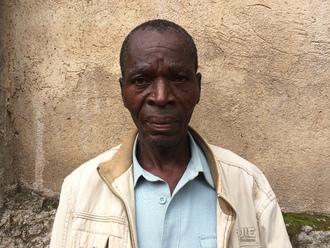 Nkhamanga is a 60-year-old maize farmer. He and his wife live in a small village in rural Malawi, and they have seven children and thirteen grandchildren One year ago, Nkhamanga began to develop difficulty urinating. His condition worsened over time, to the point that he now has to be catheterized to go to the restroom. This severely impairs his ability to farm and provide for his family. Upon arrival at our medical partner's care center, Nkhoma Hospital, Nkhamanga was diagnosed with benign prostatic hyperplasia, also known as an enlarged prostate. Nkhamanga is scheduled to receive treatment on January 19. Our medical partner, World Altering Medicine, is requesting $726 to cover the cost of the operation and post-op care. After surgery, Nkhamanga is expected to make a full recovery and return to daily life without the discomfort he has been experiencing this last year. "I needed this surgery very much," Nkhamanga says. "This is a bad problem. Now, I will be fine!" 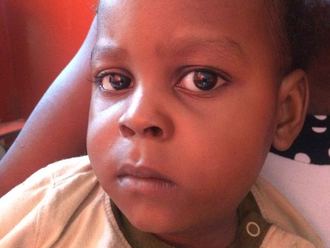 James was born with a cardiac condition called ventricular septal defect, in which a hole exists between the two lower chambers of his heart. Blood leaks through this hole without first passing through the lungs to obtain oxygen, which leaves him very fatigued. James lives in a rural area just outside of Port-au-Prince, Haiti, with his mother and grandparents. He likes to play with toys and listen to music. He is his mother's first child. James needs to undergo heart surgery. First, he will undergo a full cardiac assessment on January 19. This assessment will include physical exams, labs, and an overnight stay at the hospital. Our medical partner, Haiti Cardiac Alliance, is requesting $1,500 to fund these procedures. Funding for James also covers the cost of medications and social support for him and his family. Gift of Life International is contributing $3,500 to cover additional costs associated with James's surgical care. James's mother "would like to say thank you to everyone who is helping James to become healthy!" 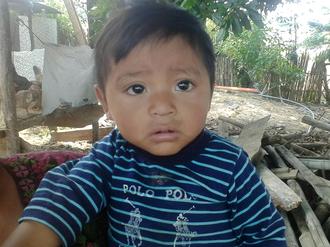 "I dream that my son grows well and becomes a good student," shares the mother of 19-month-old Kevin. Kevin lives with his parents and one younger brother in a one-room adobe house with a tin roof in Guatemala. Kevin loves to play with his toy cars with his brother. His parents want the best for him but, right now, they cannot even afford to give him one egg, fruit, or vegetable per day. That's because his mother works to take care of him and his brother and his father works as a day laborer, making an inconsistent and small income. Kevin is suffering from malnutrition. He is having trouble gaining weight and growing taller because he doesn't have access to the healthy diet he needs. This has made him lose his appetite, and his immune system has grown weak due to the lack of calories and nutrients. He gets sick frequently and, when he does get sick, he often gets dangerously dehydrated and dangerously loses more weight. In the long-term, he could face stunted neurodevelopment, an increased risk of chronic disease, and a hard time getting or keeping a job if he does not receive treatment. Growth monitoring, micronutrient and food supplementation, and deworming medication will help Kevin recover from malnutrition. He will gain weight and grow taller to catch up with other children his age. His immune system will grow stronger with the increased caloric intake, preventing him from having any more life-threatening situations with diarrhea, fevers, and cough. This will further increase his appetite and help him use the extra calories to develop mentally instead of those calories being wasted on getting over frequent illnesses. Kevin's parents will receive support to give Kevin the diet he needs to grow and develop healthily. Intervention now will prevent the future devastating effects of malnutrition, and give Kevin the chance to live a healthy and productive life, finish school, get a good job, and escape the cycle of malnutrition and poverty that made him sick in the first place. 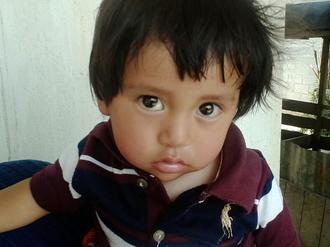 Juan was born prematurely and had to spend the first month of his life in the hospital. Since then, he has had trouble growing, and recently fell into a state of malnutrition. He is dangerously small for his age, has a weakened immune system, and his development is slowing. If Juan does not receive treatment, he could face permanent consequences--such as mental deficiencies, chronic diseases, and difficulty finding and keeping a good job. Juan is an only child to his mother, who is raising him alone. They live in a one-room adobe home with a tin roof. His grandparents support him, since his mother spends all her time taking care of Juan. Unfortunately, they do not have the resources to give him the diet he needs to overcome his malnutrition--they cannot even afford to give him one egg each day. However, a donation of $512 will ensure that Juan receives the treatment that he needs. This treatment includes growth monitoring, micronutrient and food supplementation, and deworming medication. Juan will gain weight and grow taller to catch up with other children his age. His immune system will grow stronger with the increased caloric intake, preventing him from having any more life-threatening situations with diarrhea, fevers, and cough. His parents will receive the support they need to feel empowered to give Juan the diet he requires to grow and develop healthily. Intervention now will prevent the future devastating effects of malnutrition, and give Juan the chance to live a healthy and productive life, finish school, get a good job, and escape the cycle of malnutrition and poverty that made him sick in the first place. 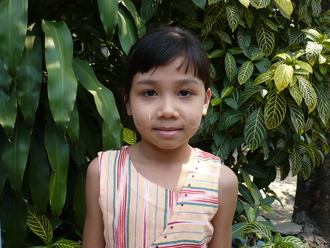 Snow is a ten-year-old Burmese girl who lives in a refugee camp with her parents and older sisters. For the past eight years they have lived in the camp. Snow's family moved to the camp as they didn’t own their own home or land, and they were living with Snow’s grandmother and other members of the extended family. This situation influenced their decision to migrate to the refugee camp in Thailand. Snow and her family would like to relocate to a third country but they are uncertain whether the opportunity will present. In the camp, Snow’s mother does laundry for others for a small income. Previously her father worked as a carpenter but is unable to work now because of hemorrhoids. Their monthly income is insufficient for daily expenses, savings or health care expenses. Living in the camp, they receive food rations which offset the burden. At times the family has to borrow small amounts of money, which they repay when they can. Snow and her two sisters attend school. Symptoms first appeared with Snow when she was seven-years-old. She had severe pain in her abdomen when she was just sitting, and she was uncomfortable walking. After an examination at the camp's medical clinic, she was diagnosed with rectal polyps. On January 28th, the surgeon excised a rectal polyp. Snow’s mother didn’t receive information from the hospital regarding Snow’s diagnosis or treatment due to the language barrier. Snow was symptom-free for eight months but she had to return to the clinic on several occasions with the same symptoms. She was finally given a diagnosis of juvenile polyposis - marked by frequent recurrence of polyps in the colon and rectum with third degree internal hemorrhoids. $1500 will cover the cost of Snow's surgery to remove the additional polyps she now has. Although she is still going to school, Snow is unable to engage in active play and her appetite and sleep patterns have been disturbed. She likes to play with her dog and she enjoys singing and listening to music. "I would like to be a singer when I am older," Snow said. Let's help make it possible!