SEBASTIAN joined Watsi on September 8th, 2014. 72 other people also joined Watsi on that day! SEBASTIAN's most recent donation traveled 8,800 miles to support Ham, a grandfather from Cambodia, for surgery to restore his vision.

SEBASTIAN has funded healthcare for 6 patients in 5 countries. 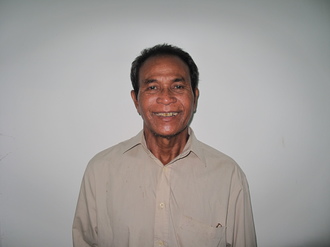 Ham is a 65-year-old grandfather living in Cambodia with his family. He is married with six sons, two daughters, and eight grandchildren. Ham enjoys watching boxing on TV and traveling to the pagoda to listen to the monks pray. Two years ago, Ham developed a cataract in each eye, causing him blurred vision. Since then, he has been unable to leave his home independently, watch boxing, or do any work he needs to do to help support his family. Ham traveled for three hours with his wife to reach our medical partner, Children's Surgical Centre (CSC). His doctors told him he was in need of a small incision cataract surgery (SCIS) and an intraocular lens implant (IOL) in each eye, which will replace his internal lenses with artificial lenses, and restore his vision to full clarity. In total, the procedure, supplies, drugs, and three days of inpatient care will cost $225. After full recovery, Ham will have regained clear vision, and be able to do his work independently. “I hope I will be able to read and watch TV again," he says, "and I look forward to leaving the house by myself." His wife looks forward to his regained independence, and knowing that his vision will not deteriorate further. 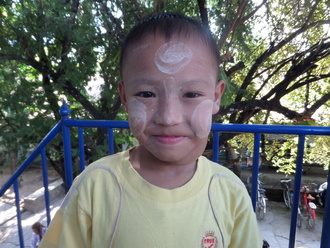 “I want to bring pride to my family by working hard at school,” says Kar. Meet Kar, a seven-year-old boy from Burma who has a cyst extending from his ear down to his chin. “Kar experiences a cold sensation under his jaw whenever he drinks liquid," reports our medical partner, Burma Border Projects (BBP). "He also complains that he cannot hear well from his right ear. The mass makes Kar shy away from other children at school who sometimes poke fun at him." Kar is in first grade, and has a three-year-old younger brother. “Both of Kar’s parents work in a small compound, near their rented apartment, where they make bricks for construction. Their job is not stable and it greatly depends on the season and the demand,” continues BBP. For $1500, we can fund the removal of the cyst, and help prevent further medical complications. BBP concludes: “Treatment will improve the appearance of Kar’s neck which will in turn improve his self-confidence. Treatment will enable him to succeed in school and hopefully improve his hearing from his right ear.” 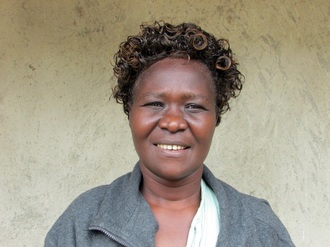 “I thank God that I came to this hospital and you have given me hope. Thank you," says Consolata. Consolata is 47-years-old and lives in Kenya, where she runs a small shop. She's been experiencing pain due to uterine fibroids. Our medical partners at the African Mission Healthcare Foundation (AMHF) explain, "Consolata suffers from very heavy menstrual flow, lower back and leg pain and fatigue. She cannot focus fully on growing her small shop because of this condition." "She now fully depends on the little her shop makes for her rent and sustenance. Consolata is not able to raise the monies needed for her treatment," AMHF says. For only $800, Consolata will receive a total abdominal hysterectomy that will provide great pain relief and reduce her chances of becoming anemic. After this surgery, AMHF says “Consolata will be able to focus on her shop and she will have a better life ahead. She will no longer be fatigued nor suffer back and leg pains.” 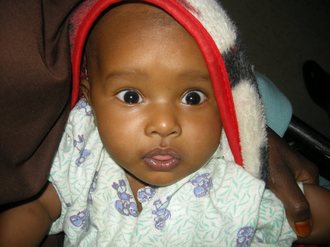 “Our daughter is only four months old and we only hope she survives this condition and grows up to be healthy,” Imran’s parents say. This is Imran, a four-month-old baby girl from Somalia. She and her family traveled over 2000 km to seek treatment for her condition in Ethiopia. Imran has an abnormal bladder that causes urine to leak from her kidney into her body. Her family cannot afford the treatment that she requires; her doctors write that their trip from Somalia was paid for by “good Samaritans.” If left untreated, Imran will continue to have urinary incontinence and she will experience further damage to her bladder. For $1,500, Imran will receive surgery to repair her bladder. “We expect after treatment Imran will be able to control her urine,” says African Mission Healthcare Foundation, our medical partner. Let’s help Imran be able to grow up healthy. 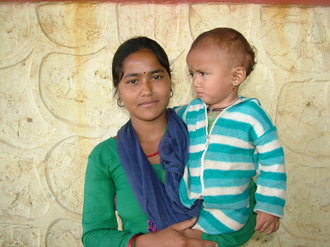 Say hello to baby Samir! Samir is a one-year-old boy and the only child of his parents. He and his mother live in Nepal, while his father is living and working in India to provide for his family and for Samir’s future education. “Samir developed a small raised lesion on the back of his neck which kept on increasing in size,” writes our medical partner, Possible. As the lesion grew it became more tender and filled with pus. Possible says, “Samir refuses to eat because of the pain. He cannot play or even sleep easily.” For $220 dollars, we can help Possible provide treatment for Samir. “After incision and drainage of the lesion, Samir will be prescribed antibiotics and regular dressing will be done. This will allow him to eat and sleep comfortably,” says the team at Possible. Let’s help Samir become a happy, healthy, pain-free baby! 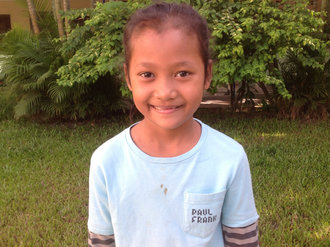 "Srey Morn reads a lot at home, but she would rather play outside if her leg was better,” our medical partner, Children's Surgical Centre (CSC), tells us. “Srey Morn dislocated her knee when she was 10-years-old,” adds the CSC team. “She immediately had an operation, but her knee became very stiff and she has difficulty walking.” $225 will cover the cost of the quadriplasty operation on Srey Morn’s injured leg. Doctors are confident this surgery and physiotherapy will “improve her strength and mobility." Let's fund the care that will help Srey Morn grow happily and healthily!