Kim has funded healthcare for 11 patients in 5 countries. 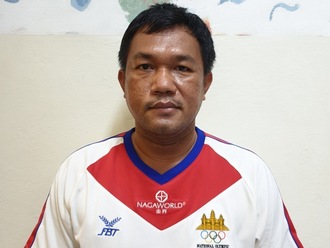 Simen is a 35-year-old tuk tuk driver from Cambodia. Simen has one son, one daughter, and his wife works in a private company. He and his wife have two children in primary school. He loves doing exercise, listening to news on the radio, and visiting the temples of Siem Riep with his family. Two years ago Simen was in an accident while driving his tuk tuk, suffering a dislocation of the left hip. He had plates and screws installed at a private clinic. The surgery was botched, and his hip wound has not fully healed, resulting in a persistent pus discharge. His plates and screws have become exposed and infected. It is difficult for him to walk, and he is in chronic pain. Fortunately, surgeons at our medical partner, Children's Surgical Centre, can help. On May 8th, Simen will undergo a hardware removal procedure, which will cost $230. This procedure will clean his wound, close it up, and help him walk easily again. Simen said, "I have had a lot of pain since my surgery, and I cannot work at all. So I hope to finally get rid of the injury and get back to work." 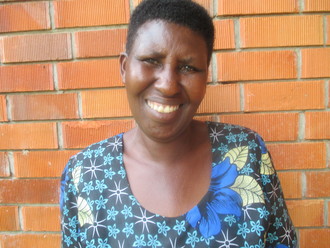 Twongyeirwe is a farmer from Uganda. She is a married mother to seven children with two sons who are both teachers and five daughters who are all married and farmers. She completed primary seven in school but never proceeded due to lack of school fees. She currently earns a living from small-scale farming where she grows food crops for home consumption and sells off the surplus to generate an income to the family, alongside her husband. Five years ago, Twongyeirwe began to experience troubling symptoms, including difficulty in swallowing, breathing, and experiences shortness of breath. She was diagnosed with a goitre, an abnormal enlargement of the thyroid gland. She needs surgery to prevent her symptoms from getting worse. Our medical partner, African Mission Healthcare Foundation, is helping Twongyeirwe receive treatment. She is scheduled to undergo a thyroidectomy on July 14th at our medical partner's care center. Surgeons will remove all or part of her thyroid gland. This procedure will cost $240, and she and her family need help raising money. Twongyeirwe says: “I am really grateful for this offer and I am looking forward to getting rid off this disfigurement hoping for better health to continue with farming.” 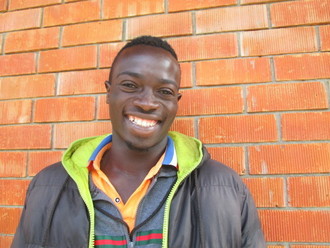 Bahemuka is a motorcycle taxi operator from Uganda. He is the youngest of nine children. For six years, Bahemuka has had an inguinal scrotal hernia. This causes him pain and discomfort. Fortunately, on February 13, he will undergo hernia repair surgery at our medical partner's care center. Our medical partner, African Mission Healthcare Foundation, is requesting $249 to fund Bahemuka's surgery. Once completed, this procedure will hopefully allow him to live more comfortably and confidently. He says, “After surgery I will resume with my work.’’ 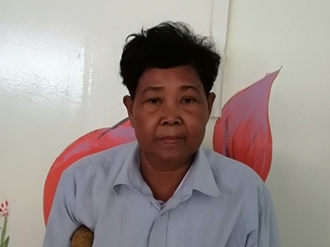 Thon is a rice farmer from Cambodia. She has one daughter. She likes to spend time at home and watch TV when not working. A year and a half ago, she developed hip pain on her left side. She was diagonsed with avascular necrosis, which is the death of bone tissue due to lack of blood supply. Fortunately, Thon learned about our medical partner, Children's Surgical Centre. At CSC, surgeons can perform a total hip replacement to relieve Thon of her pain and allow her to walk easily. Treatment is scheduled for November 7, and Thon needs help raising $1,025 to pay for this procedure. She says, "I hope I have no more hip pain and I can walk on my own after the surgery." 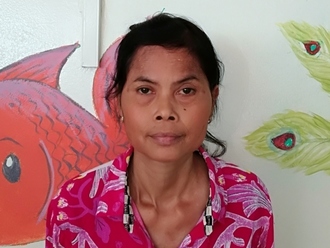 Sokkong is a coffee vendor from Cambodia. She has one son and one daughter. She likes to watch TV and take care of her kids. Three years ago, she developed hip pain on her right side. She was diagnosed with spondyloarthritis of both of her hips. Fortunately, Sokkong learned about our medical partner, Children's Surgical Centre. At CSC, surgeons can perform a total hip replacement to relieve Sokkong of her pain and allow her to walk easily. Treatment is scheduled for November 8, and Sokkong needs help raising $1,025 to pay for this procedure. She says, "After surgery I hope I can walk well and return to work." 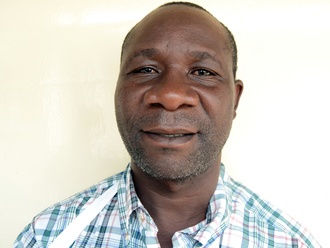 Meet Patrick, a 42-year-old father and the caretaker of the health center of our medical partner, African Mission Healthcare Foundation (AMHF). Patrick is the sole provider of his family in Kenya, and cares for five children with two in secondary school. In order to raise money for public transportation to AMHF’s centre, Patrick began selling tress. “However, a tree fell on him, injuring his head and arm,” explains AMHF. The accident fractured his radial and ulna. Now, he cannot feel his right arm and is at risk of infection if he does not receive medical treatment soon. $1410 in funding will allow Patrick to receive diagnostic x-rays, physical therapy, a resetting cast for his hand, and recovery time at the centre. “Treatment will eliminate pain and numbness in Patrick’s hand," AMHF shares. "Possibility of further infections will be limited. Once recovered, Patrick will be able to use his hand and work again.” Let support Patrick in getting the care he needs to get well and support his family. 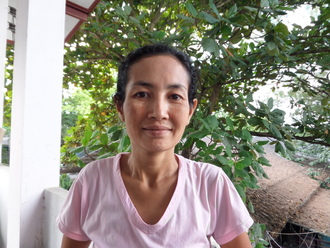 “Thu is a 42-year-old Burmese woman who lives with her two daughters, ages 19 and nine,” our medical partner, Burma Border Projects (BBP), tells us. “Her elder daughter is recently married and her husband lives with the family. Her youngest daughter is a student in grade three. Thu also has two sons who have moved away to start their own families.” Thus has congenital circulatory malformations and heart defects. “Thu first experienced her symptoms, which include chest pain, shortness of breath, heart palpitations, and high blood pressure, two years ago,” BBP explains. “Prior to the onset of her symptoms, Thu and her oldest daughter worked together selling flowers in the market,” BBP continues. “Their combined income was sufficient for the family’s expenses, but Thu hasn’t been able to handle the physical activity of her work, so her daughter as assumed all work responsibilities.” Complex cardiac treatment and surgery for Thu costs $1,500 and will be performed in Thailand. Burma Children's Medical Fund, an organization that has a strong enough relationship with the relevant Thai authorities to facilitate the transportation to, and treatment of, Burmese people at Thai hospitals, is subsidizing the treatment with an additional $13,525. “Following successful treatment, Thu will be able to return to her family and recommence work so that she can contribute to the family finances,” BBP says. “If I can regain my health, our family situation will improve greatly,” shares Thu. 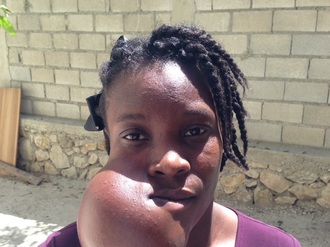 "I had almost lost hope when I learned that I would have a chance for surgery. It is like a dream to me, and I can't wait to go!" says Monise, once again full of promise. Monise is a 26-year-old young woman living in Haiti with her mother. She enjoys going to church and helping her mother cook. Monise was preparing to enter university to study business when health problems put her plans on hold. “Monise suffers from a condition called ameloblastoma, in which a benign tumor began growing in her jaw and has now expanded to a life-threatening size,” writes our medical partner, Haiti Cardiac Alliance (HCA). “The mass is beginning to block her windpipe and would be fatal without immediate surgery." HCA is requesting $1,500 to help fund the cost of transporting Monise to New York City for a surgery expected to last over twelve hours. Mount Sinai Hospital is contributing $75,000 towards the procedure. HCA explains, “One team of specialists will first remove the mass, and a second team will then reconstruct her jaw using bone material borrowed from Monise's leg. While Monise's face will always bear evidence of her surgery, the medical team should be able to completely remove the tumor and restore her to health." Let's pitch in to help Monise gain a new lease on life! 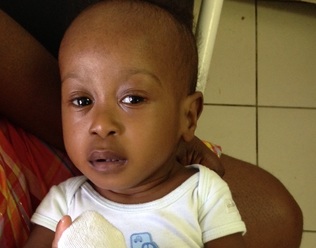 "Lensley was born with a heart condition called tetralogy of fallot, which involves several related defects and holes in the heart that together prevent blood from adequately flowing to his lungs and throughout his body," our medical partner, Haiti Cardiac Alliance (HCA), writes about this baby boy from Haiti. "Lensley has been very sick since birth, and although he is 12 months old he only weighs nine pounds." Clinicians will be able to perform surgery to address Lensley's heart defects thanks to the generosity of the International Children's Heart Foundation. $5000 will cover a majority of the cost of the procedure, but things like the cost for Lensley's overseas transport remain unfunded. With $1500 we can fund the rest of Lensley's care and get him back on track. "We have been so worried because Lensley won't grow no matter what we try to do," says Lensley's mother. "We are excited to see him start to get bigger after surgery!" 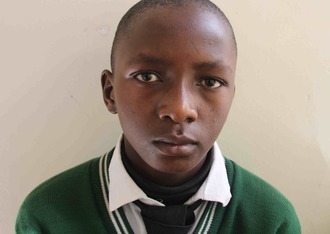 “All I desire is to have treatment and be able to report back to school,” shares Daniel, a 16-year-old boy who lives with his parents and two younger siblings in Kenya. “Daniel has a mass that has formed on his brain due to fibrous dysplasia; a disease that destroys and replaces normal bone with fibrous bone tissue,” explains our medical partner, African Mission Healthcare Foundation. Daniel is the oldest child in his family. His father is a casual at a flower farm, while his mother is a stay-at-home mom. Daniel started complaining of headaches eight months ago and after several visits to the hospital, doctors discovered the mass in his brain. “If the surgery is not done, he is likely to suffer brain damage or premature death due to the increased intra-cranial pressure caused by the mass.” $1,260 will cover the cost of the surgery that will remove the mass and save Daniel’s life. Let’s help him out and make his dream of returning to school come true! 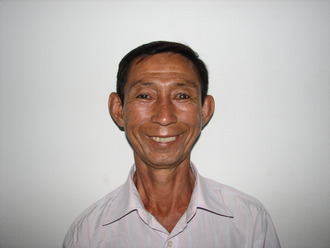 This is Him, a father of three and grandfather of ten! Him is a 56-year-old man from Cambodia who, until recently, worked on a rubber plantation to support his family. However, about two years ago his vision began to blur, and he has been unable to work since then. "He is unhappy that he cannot work and help care for his family," says our medical partner, Children's Surgical Centre. Him has mature cataracts in both eyes. Not only is he unable to work and care for his family, but he misses other hobbies such as watching TV. Fortunately, Him can receive cataract surgery for $150, which will restore his vision. The treatment will also prevent future blindness. Let's help Him care for his children and grandchildren, and be able to see them grow up!