Thomas has funded healthcare for 8 patients in 5 countries. 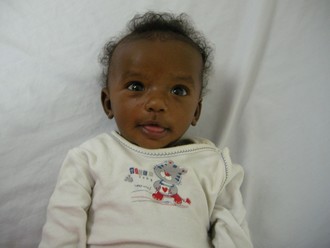 Markon is a baby from Ethiopia. He is a cute baby boy who exclusively breastfeeds. His mother is a 16-year-old teen who ran away from her home at age 10 because of abuse and she lived in an orphanage until she turned 15. She did not go to school because she suffers from a heart condition that causes her to faint, and she would even faint on her way to school. After Markon’s mother got out of the orphanage she met a man who got her pregnant. He moved to another state and does not want to be involved in their baby’s life. A charitable organization now supports her with her food, shelter, and on her basic needs. Since birth, Markon has had inguinal hernias. The hernia causes him discomfort and he often cries. Fortunately, on February 13th, he will undergo hernia repair surgery at our medical partner's care center. Our medical partner, African Mission Healthcare Foundation, is requesting $562 to fund Markon's surgery. Once completed, this procedure will hopefully allow him to live more comfortably and confidently. She said “After the treatment I believe, he will get better. And I have a dream to educate him. And I hope he will achieve big in his life.” 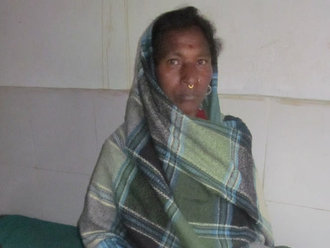 Meet Durga, a caring 45-year-old woman in need of medical care. She lives with her 15-year-old granddaughter in Nepal, while her husband and three sons live in India. She and her granddaughter look after a small field, which only yields enough for six months of the year. Recently, Durga stumbled on a stone while carrying water from the well to her home. Unfortunately, she fractured her right knee, making it extremely difficult to move. Despite her own physical injury, Durga told our medical partner that her main concerns are about her granddaughter's annual exams coming up in school. Durga doesn't want her granddaughter worrying about her health while she is busy studying. For $1040 we can cover the cost of surgery to correct Durga's knee. Let's come together and help this selfless woman be mobile again! 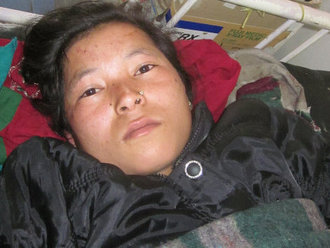 Shanta is a bright young woman, 17 years of age, from Nepal. Shanta is currently studying in the ninth grade and aspiring to take her School Leaving Certificate exams within the next year. Recently, while collecting firewood for her mother, Shanta fell down from a tree and fractured her hip. She hasn't been able to walk since the accident, making it difficult to continue her studies. For $1,240, our medical partners can treat Shanta's fracture and get her back on her feet! Not only do Shanta’s father and brother both work in India in order to support their family, Shanta also helps by working in the field with her mother and sister. Let’s help to ensure Shanta has a bright and successful future by raising the money needed for her treatment! 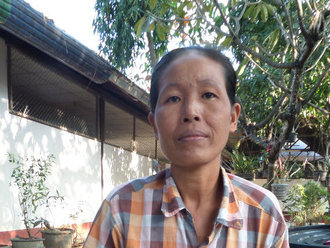 Last October, Ma Sam slipped on a road near her tent and injured her knee. She was unable to see a doctor at the time because she had no one to accompany her. She has since had surgery but is unable to afford the follow-up treatment she needs. Her knee is still swollen and causes her significant pain. Ma Sam is a single mother who currently lives with her daughters and mother-in-law, who help her with cooking and other household tasks. She works as a day laborer to provide for her children. "I hope to get treatment and be a healthy woman in the future," says Ma Sam. For $1,500, Ma Sam can receive the follow-up treatment she needs to support her family. 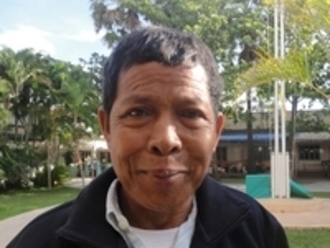 Chan was recently hospitalized with severe pain in his right knee. The pain is a result of osteoarthritis and complications from a motorbike accident he was in two years ago. Without treatment, he'll live with this pain for the rest of his life. A joint replacement surgery can help Chan get back on his feet. His son and grandchild also depend on him for support, so it's important that he can live an active and productive life. For $375, we can fund Chan’s surgery so he can start working again to support his family! 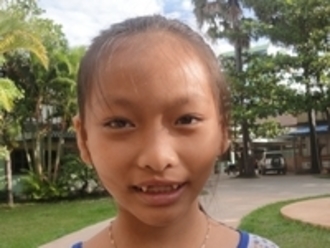 Pisey is a happy 11-year-old girl from Cambodia who loves playing outside with her friends and brothers. She was born with microtia, which means she lacks an ear canal to one of her ears. As a result, she has trouble hearing, which affects her education and social life. $450 will completely cover the reconstructive surgery that Pisey needs to hear properly with both of her ears. Let's help Pisey get the surgery she needs to be a healthy and happy sixth grader! 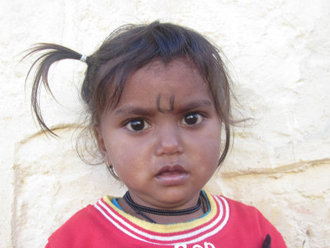 Ramita is a two-year-old girl who has been unable to say her first words. Ramita was born with ankyloglossia, often called "tongue-tie," a congenital anomaly that can affect speech, feeding, and oral hygiene. Because of her condition, Ramita cannot speak, feels discomfort in her tongue, and has trouble eating. Her mother is very worried about her only child’s speech development, but the cost of surgery is out of reach for Ramita’s parents. Her mother does agricultural work and her father works in India to support the family. With your help, Ramita can receive the $965 surgery she needs to live a healthier life and let her voice be heard! 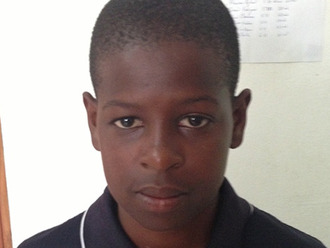 Sebastien is a 13-year-old boy from Port-au-Prince, Haiti. He is in the 7th grade and hopes to study medicine to eventually become a physician. In 2009, at age nine, he was playing on top of a high wall when he fell and “landed sitting down” on top of a metal pipe that was sticking several inches out of the ground. The metal pipe impacted him between the legs, completely disrupting his urethra making it impossible for him to urinate on his own. Later that evening, he had a catheter placed in his abdomen, and he has been living with this catheter ever since. Sebastien is otherwise in good health, but he experiences frequent infections and fevers linked to the catheter, and is in pain where the catheter enters his body. It also causes him emotional distress and embarrassment, especially as he gets older. Over the long term, Sebastien’s life could be at risk due to kidney infections related to his catheter. For $1500, Sebastien can receive a urethroplasty procedure, which will restore the urethra and allow him to urinate without a catheter. Let's help give Sebastien the chance to live a healthy life again!