Manik has funded healthcare for 50 patients in 10 countries. 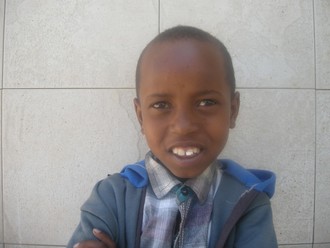 Nuredin is a second grade student from Ethiopia. He is a nice boy who is an introvert and shy. Nuredin is caring toward his three siblings and even likes to share his food with his sisters and brother. He loves to play with his friends and he loves his studies. Nuredin helps his father shepherd their sheep. His dad is a farmer and his mom is a house wife. Nuredin was born with hypospadias, a congenital abnormality that causes urinary dysfunction. Without treatment, he will continue to experience uncomfortable symptoms and will be at risk of infertility. Fortunately, Nuredin is scheduled to undergo corrective surgery on December 19th. Our medical partner, African Mission Healthcare Foundation, is requesting $1,231 to cover the total cost of his procedure and care. Nuredin's dad said, “we couldn’t go to hospital until last year because we were financially unable. And I tried to take him to different places after last year but the waiting list in the government hospitals is too long that we couldn’t get the necessary treatment. Now we are hopeful that Nuredin will get the surgery, heal well and go to school. I hope he will become a doctor as he always wanted." 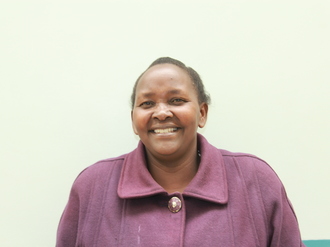 Miriam walks slowly with the aid of crutches. She was overly active until the year 2017 when she began complaining of back pain and numbness on her feet. Miriam formerly an active farmer would tire easily from her farming activities and small house chores. From the nearest hospital, pain medication was administered but with time, her condition deteriorated. She thought maybe she had gained weight and that was the reason for the back pain. Dieting did not help either and over time, she couldn’t walk without the aid of a stick. Frustrated, Miriam resigned to fate as she thought she was a burden to her young children who were building their homes. A friend recommended that they visit Kijabe hospital for specialized treatment where Miriam was diagnosed with a spine disc dislocation and a spinal fusion surgery recommended. Miriam was glad that there is a solution to her condition and she looks forward to getting treated. If treated, Miriam will regain her ability to walk, resume work and become independent again. Miriam and her husband are subsistence farmers with four grown children. She lives with her husband in Central Kenya. Miriam is appealing for financial help. “I look forward to walking again,” says Miriam. 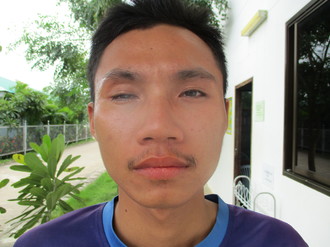 On August 13th, after classes, Michale was playing with his friend at school. While fooling around, Michale’s friend poked him in the right eye. Right away, Michale’s eye began to hurt and his eye became watery. Eventually, he could no longer open his right eye. When he told a teacher about this, the teacher called his mother. His mother then took him back home before bringing him to Mae Tao Clinic (MTC) in Thailand, on 15th August 2019. Unfortunately, that day was a full moon Buddhist holiday in Thailand. Therefor he had to wait till the next day to have his eye examined by a medic. After checking his eye the following day, the medic gave him an ointment for his eye and painkillers. On August 20th, he was referred to Mae So Hospital for further assessment. At the hospital, the ophthalmologist checked his eye, diagnosed him corneal perforation and informed him that he will likely have to remove his right eye and referred him to Chiang Mai Hospital (CMH) for further treatment. After he came back from the hospital, Michale told the MTC medic about what the doctor had said and how he could not afford to seek further treatment in Chiang Mai. Therefore, the MTC medic referred him to Burma Children Medical Fund (BCMF) for assistance in accessing further treatment. Michale says, “I would like to become an engineer, so I would like to study engineering when I graduate from high school.” 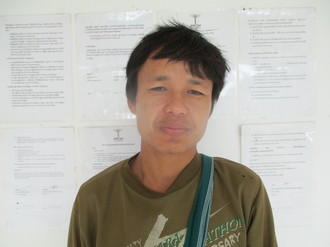 Due is a 26-year-old man from Burma. He lives with his family in Hlaingbwe Township, Karen State. Due is a farmer while his wife looks after their four-month-old son. In 2018, Due noticed a lump by the size of the tip of a thumb on his right breast. He did not seek treatment until the lump slowly increased in size. He then went to a hospital in Hpa-An in early January 2019. At the hospital, he received an x-ray and was told that he would need surgery to remove the mass. Because he had no money to pay for the surgery, he just went home. With the help of a medic near his area, he was connected with BCMF who sent him to Mae Sot Hospital for a CT scan. The result confirmed the mass and the need to remove it. Currently, there is redness and swelling at his breast mass. It is also itchy and painful sometimes. Due sought treatment through our medical partner, Burma Children Medical Fund. he is now scheduled to undergo mass removal surgery on September 23. He is requesting $1,500 to cover the total cost of his procedure and care. Due said, “I look ugly with my breast mass. It is itchy and painful sometimes. The symptoms of my breast mass put me in stress. I want it to go away from me as soon as possible”. 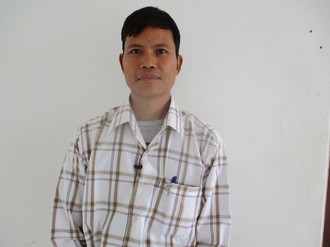 Bo is a 42-year-old man from Burma. He lives with his two daughters and his wife in Sagaing Division. Bo and his wife are teachers and his two daughters are students. In his free time, he likes to study and read literature related to the subject he teaches at the private school. But this has also been affected by his poor health, as he can no longer study as much as he did in the past. Bo was diagnosed with a heart condition that involves a malformation of the mitral valve, the valve between the left atrium and left ventricle. This valve controls the flow of blood, but certain conditions may cause blood to flow backward or the valve to narrow. Currently, Bo is anxious and worried about his cardiac condition. He stopped running tuition classes from his home, and he has had to reduce the number of hours he teaches at the school. Our medical partner, Burma Children Medical Fund, is requesting $1,500 to fund a mitral valve replacement for Bo. The treatment is scheduled to take place on August 26th and, once completed, will hopefully allow him to live more comfortably. “After I recover from surgery, I will continue to teach, and I will increase the number of tuition classes I run. I will attend some training to increase my teaching skills. I would also like to play cane ball with my friends again,” said Bo. 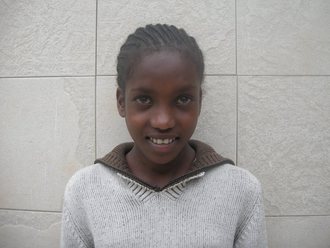 Netsanet is a young student from Ethiopia. She was born with an anorectal malformation, a congenital abnormality that leads to a complete or partial intestinal blockage. She needs to undergo a series of procedures to eliminate bowel dysfunction. Netsanet is scheduled to undergo surgery to correct her condition on July 23. Our medical partner, African Mission Healthcare Foundation, is requesting $1,500 to cover the total cost of Netsanet's procedure and care. After her recovery, Netsanet will no longer experience bowel dysfunction or be at risk of developing health complications in the future. Her mother says, “I can’t afford the medical bill. We managed to come to hospital through the support of another organization." 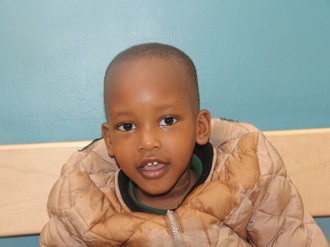 Salman is a child from Kenya. He was born with hypospadias, a congenital abnormality that causes urinary dysfunction. Without treatment, he will continue to experience uncomfortable symptoms and will be at risk of infertility. Fortunately, Salman is scheduled to undergo corrective surgery on June 21. Our medical partner, African Mission Healthcare Foundation, is requesting $700 to cover the total cost of his procedure and care. “We are unable to raise the funds needed yet we wish to see our son doing well. Please help us,” says Salman’s father. 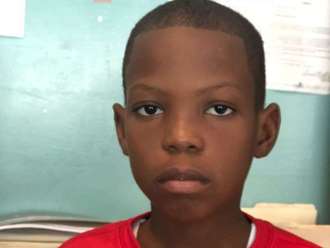 Andrice is a student from Haiti. He lives with his parents and younger brother in a neighborhood of Port-au-Prince; he is in the second grade. Andrice has a cardiac condition called rheumatic mitral regurgitation. One of the four valves of his heart is severely damaged due to an infection he suffered earlier in childhood. As a result, his heart cannot properly circulate blood through his body. Andrice will fly to Dominican Republic to receive treatment. On May 27, he will undergo cardiac surgery, during which surgeons will attempt to repair his damaged mitral valve; if this is not possible, they will implant an artificial replacement. Another organization, The Mitral Foundation, is contributing $8,500 to pay for surgery. Andrice's family also needs help to fund the costs of surgery prep. The $1,500 bill covers labs, medicines, and checkup and followup appointments. It also supports passport obtainment and the social workers from our medical partner, Haiti Cardiac Alliance, who will accompany Andrice's family overseas. His mother says, "Our family is praying for a successful surgery and for our son to become healthy." 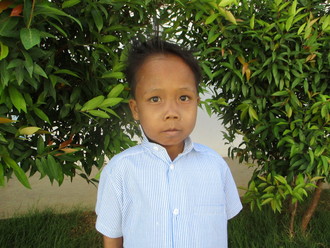 Aung San Mon is a boy from Burma. He lives with his grandmother, mother and brother in a village in Mon State, Burma. When he was four year old, San Mon’s skin turned pale and yellowish. He also had frequent fevers. Currently, San Mon suffers from fatigue and has difficulty breathing. Aung San Mon has been diagnosed with thalassemia, a blood disorder. He needs to undergo spleen surgery, scheduled for April 2, to treat the condition. Our medical partner is requesting $1,500 to help fund this procedure. His mother says, "Now I am very happy that he will receive surgery through BCMF and BCMF’s donors soon.” 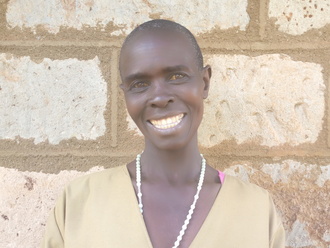 Florence is a woman from Kenya. Her husband is a farmer. They have two children. For some time, Florence has been experiencing abdominal pain. She has been diagnosed with a large cystic mass suspected of malignancy. She needs to undergo a hysterectomy, a procedure in which surgeons will remove her uterus. Our medical partner, African Mission Healthcare Foundation, is requesting $630 to fund Florence's surgery. On February 22, she will undergo gynecological surgery at our medical partner's care center. Once recovered, Florence will be able to resume her daily activities free of pain. 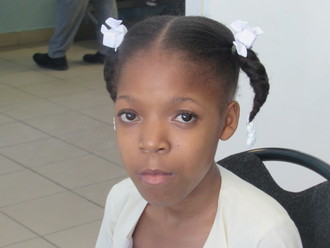 Nephtalie is a student from Haiti. She lives with her mother and younger sister in a neighborhood of Port-au-Prince. She enjoys going to school and attending church. Nephtalie has a cardiac condition called rheumatic mitral stenosis. One of the four valves of her heart is too tight and narrow as a result of a fever suffered earlier in her childhood. Blood backs up behind the valve, leading to heart failure. Nephtalie will fly to India to receive treatment. On February 25, she will undergo cardiac surgery, during which Surgeons will first attempt to open the valve by inserting a catheter and expanding a balloon. If this is not successful, they will immediately proceed to open-heart surgery to open the valve. Our medical partner, Haiti Cardiac Alliance, is contributing $5,000 to pay for surgery. Nephtalie's family also needs help to fund the costs of surgery prep. The $1,500 bill covers labs, medicines, and checkup and followup appointments. It also supports passport obtainment and the social workers from our medical partner, Haiti Cardiac Alliance, who will accompany Nephtalie's family overseas. She says, "I am very happy to have this surgery so I can be healthy and stop worrying about my health." 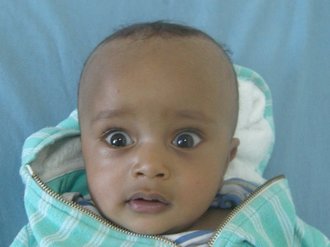 Natnael is a baby from Ethiopia. He loves to play with toys and with his parents. Since birth, Natnael has had bilateral inguinal hernias. If not treated, this may result in intestinal tissue damage or death. Fortunately, on December 13, he will undergo hernia repair surgery at our medical partner's care center. Our medical partner, African Mission Healthcare Foundation, is requesting $562 to fund Natnael's surgery. Once completed, this procedure will hopefully allow him to live more comfortably. Natneal's father says, “We came here with a hope of support from charity organizations.”