anurag joined Watsi on March 12th, 2013. 1,775 other people also joined Watsi on that day! anurag's most recent donation supported Rith, a toddler from Cambodia, to fund surgery on his lip.

anurag has funded healthcare for 9 patients in 6 countries. 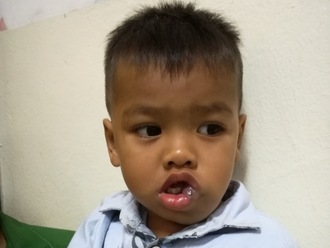 Rith is a two-year-old boy from Cambodia. He enjoys watching cartoons on television and playing with his toys at home. Since birth, Rith has had a hemangioma on his lower left lip that has been growing in size. The mass often causes Rith pain, obstructs his eating, and is causing his teeth to develop irregularly. Rith traveled to our medical partner's care center to receive treatment. Surgeons at our medical partner, Children's Surgical Centre (CSC), will remove the mass. Now, Rith needs help to raise $220 to fund this procedure. "I hope that my son will recover after his surgery and I won't have to worry about the problem getting worse." -Rith's Mother 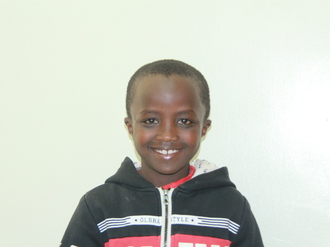 Peter is a young boy from Kenya. Peter was diagnosed with left undescended testis in mid-2018. This is a condition where the testis cannot be felt in the scrotal sac as expected in a baby boy soon after birth. For a year now, Peter has been under her grandmother’s care. He recently began complaining of abdominal pains. Painkillers could barely ease the pain. From the nearest local clinic, ultrasound scanning revealed that Peter has a left undescended testis. The funds needed were, however, way beyond what Peter’s grandmother could raise. She resigned to fate until recently when a friend told them about the SAFE program at Kijabe hospital. Upon review in our facility, surgery was advised. If not treated, Peter is at risk of developing testicular cancer and/or inguinal hernia and potentially a testicular torsion. Peter is the third born of four children. He lives with his widowed maternal grandmother and siblings in a two-room house in Central Kenya. His parents abandoned him and his siblings and do not offer any assistance whatsoever. Peter’s grandmother has three grown children and does subsistence farming to provide just enough for her grandchildren and herself. Peter is in class one and aspires to be a pilot in future. His favorite subject is mathematics. His grandmother is appealing for help to see him get treated. Peter will be receiving assistance from our medical partner, African Mission Healthcare Foundation (AMHF). Fortunately, he is scheduled to undergo corrective surgery on September 27th. AMHF is requesting $535 to cover the total cost of his procedure and care. “I want to be a pilot when I grow up,” says Peter 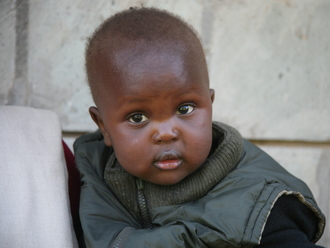 23-month-old Supa is the first and only child of her parents. She was born with spina bifida, a condition causing an open mass on the spine. Recently, the mass started to leak, intensifying Supa's risk of infection and spinal damage. Fortunately, she will undergo a spina bifida closure on January 5. Supa’s mother is a laundress, and his father is a construction worker. The family lives in a rental house in the Nairobi suburbs. They need help to fund this $1,097 procedure. Supa's parents are hopeful about this treatment, and they want to see her excel in the future. “I am still nervous," says Supa's mother, "but I am looking forward to her treatment. I will appreciate if we get help, since Supa is very precious to us." 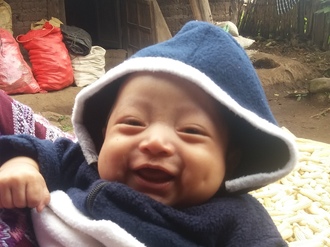 Marlon is a three-month-old boy from Guatemala. His mother is having trouble producing breastmilk. For this reason, Marlon is not receiving adequate amounts of protein, calories, or nutrients. When he cries from hunger, his mother gives him sugar water or asks neighbors to breastfeed him. Without adequate nutrition, Marlon is at risk of developmental delays. Fortunately, he began nutritional treatment on December 22. Marlon lives with his family in a one-room adobe house. His father works as a day laborer, harvesting crops on a local plantation. His mother takes care of Marlon and his sisters and weaves traditional Mayan textiles. Despite wanting the best for their son, Marlon's parents cannot afford the expensive formula he needs. Our medical partner, Wuqu’ Kawoq, is requesting $1,107 to fund his treatment. Marlon's treatment will be simple and effective. He will receive formula, which will give him the protein, calories, and nutrients he needs to grow and develop. His mother will receive in-home nutrition education, so she will learn low-cost ways to prevent future cases of malnutrition. Marlon's immune system will strengthen, and he will grow up to be a healthy, energetic baby. 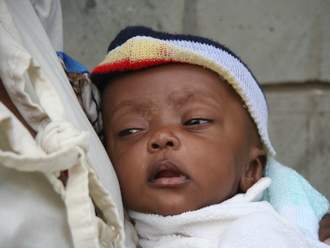 Esther is a four-month-old girl from Tanzania. She is the youngest in a family of seven children. She was diagnosed with hydrocephalus, a condition in which excess cerebrospinal fluid accumulates in the brain. A month after her birth, Esther’s parents noticed that her head was growing rapidly. During a regular pediatric checkup, her mother was advised to visit a specialist. They traveled to our medical partner's care center in Kenya, Bethany Kids Kijabe Hospital. There, on December 12, Esther underwent a shunt insertion to drain the fluid from her brain. Esther lives with her parents and siblings in a three-room house in a remote village. Her mother is a housewife, while her father works as a motorbike taxi driver. They cannot afford their daughter's treatment. Our medical partner, African Mission Healthcare Foundation, is requesting $685 in funding. “I am happy that we landed at Bethany Kids to access care for Esther," says Esther's mother. "I will truly appreciate if Watsi can help." 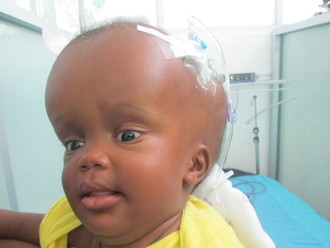 “I would do anything I could to see my baby healthy again,” says the mother of Youdelande, a nine-month-old girl who lives with her parents and siblings in Haiti. Youdelande’s mother brought her to our medical partner, Project Medishare (PM), seeking treatment for hydrocephalus, a condition in which there is an accumulation of cerebrospinal fluid (CSF) in the brain. CSF is a clear fluid that is produced in the chambers, or ventricles, of the brain. In an infant, too much CSF can increase pressure on the brain and inside the skull, leading to an enlarged head and developmental issues. “Three months [after her birth], Youdelande became sick when suddenly her head started getting abnormally large,” explains PM. “A CT scan has been performed, and the results reveal that Youdelande has excess fluid in the brain, and she needs surgical Intervention to save her life.” Doctors recommend surgical placement of a shunt in Youdelande’s brain to drain the excess CSF. The shunt is connected to a tube that runs under the skin and empties into an abdominal cavity, where the excess CSF is resorbed by the body. Youdelande’s father, who grows food to feed the family, and her mother, who works as a wash lady, have not been able to raise money to pay for the surgery that Youdelande needs. With $1,260 in funding, Youdelande can undergo surgery to place the shunt, receive five days of hospital care, and 40 days of physiotherapy. “After the treatment,” shares PM, “Youdelande will grow up in good shape.” Let’s help fund surgery for Youdelande! 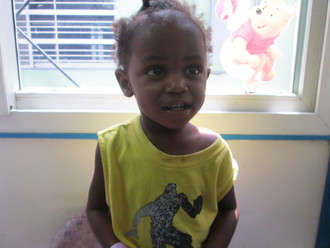 Lorvenson is a 20-month-old Haitian boy who lives with his parents. According to our medical partner, Project Medishare (PM), Lorvenson has a collection of pus in his lungs called an empyema. "Lorvenson started having trouble breathing, has a fever and severe abdominal pain, cries a lots during the nights and he has lost his appetite." His father took him to the hospital where CT scans revealed Lorevenson's empyema. Both of Lorvenson’s parents are unemployed and the family cannot pay for the surgery themselves. PM adds that, "his father says he is excited to find a job after the surgery of his baby in order to provide him a healthier life." With $1,500, Lorvenson will be admitted to the pediatric critical care unit where doctors will drain the pus from his lungs, and treat his infection with antibiotics. PM expects that after surgery, “Lorvenson will be healthy again and go back home with his family." 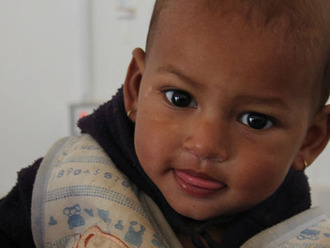 Pratik is a 1 ½-year-old boy with an undescended testicle, a common abnormality that if left untreated, could lead to infertility later in life. Fortunately, Pratik can have surgery to correct his condition. His doctors believe that with surgery, “Pratik will be able to grow up as a healthy child.” Pratik lives with his father, mother, and two sisters in a mountainous region of Nepal where the average per capita income is $1 per day. His parents earn their living farming. They work hard to support the family, but don’t make enough money to pay for Pratik’s medical treatment. Pratik’s parents hope that when he grows up, he will become a health worker and serve their community. They want him to get healthy so he can have a normal, happy life. 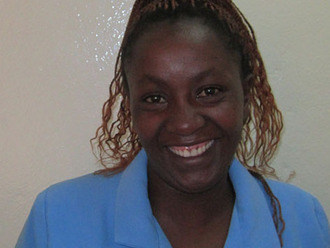 Esther is a 24-year-old woman with pre-cancerous lesions on her cervix. If left untreated, these lesions could turn into full-blown, untreatable cervical cancer. Fortunately, Esther’s doctors are confident that by removing the pre-cancerous lesions they can “eliminate the risk of future spread of cancer.” When Esther was 12 and in her last year of primary school, she got pregnant. She dropped out of school to raise her daughter, marking the end of her education. Esther is now married with four children. Because of her lack of education, she can only work odd jobs. Her husband makes a modest income working on a farm. Esther was first diagnosed with cervical dysplasia at 20, but she and her husband were unable to raise the money required to have her condition treated. Esther loves her children and she wants to get healthy so she can give them the kind of life she wishes she had. We want to fund her treatment so she has the chance to do it.