Taylor has funded healthcare for 32 patients in 11 countries. 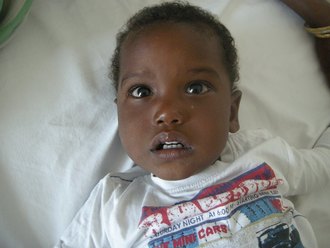 Remedan is a baby from Ethiopia. He loves to play and laugh with people. He loves food. Remedan was born with an anorectal malformation, a congenital abnormality that leads to a complete or partial intestinal blockage. He needs to undergo a series of procedures to eliminate bowel dysfunction. Remedan is scheduled to undergo surgery to correct his condition on May 14. Our medical partner, African Mission Healthcare Foundation, is requesting $1,500 to cover the total cost of Remedan's procedure and care. After his recovery, Remedan will no longer experience bowel dysfunction or be at risk of developing health complications in the future. 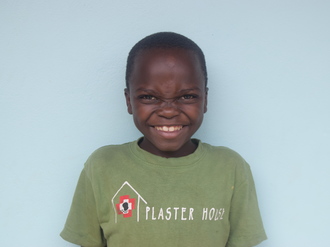 Arold is a student from Tanzania. He is the eighth child in a family of eleven children. Arold was diagnosed with bilateral genu varus. His legs are bowed so that his knees touch. This condition is typically caused by an excessive accumulation of fluoride in the bones, which often stems from contaminated drinking water. As a result, he experiences pain, discomfort, and difficulty walking. Our medical partner, African Mission Healthcare, is requesting $940 to fund corrective surgery for Arold. The procedure is scheduled to take place on April 5. Treatment will hopefully restore Arold's mobility, allow him to participate in a variety of activities, and greatly decrease his risk of future complications. Arold’s mother says, “Please help us.” 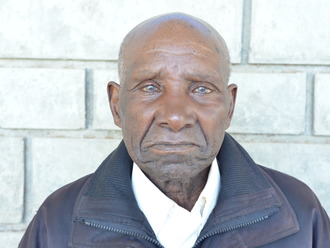 Samuel is a man from Kenya. He lives with his grandson. Samuel does not have clear hearing, and his hearing has been deteriorating for the past four years. He was seen by an audiologist and had hearing aids recommended. Fortunately, he is now scheduled for receive them on February 5. Now he needs help raising $929. Samuel says, “My prayer is to get the hearing aids. I rely on gestures to communicate even in church and it bothers me a lot." 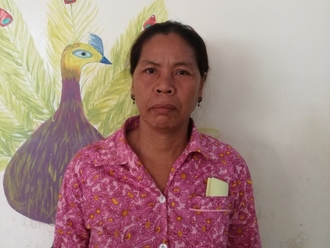 Somab is a woman from Cambodia. Somab really likes to cook and go for walks with her family in her free time. She developed a curve in her lower spine about two months ago, which is progressing, making it difficult to sit for long periods, and causing a lot of discomfort. Surgery can help correct the position of her spine, and prevent further worsening of the condition. Surgery is scheduled for Mach 13 and will cost $930. She says, "I hope that after my surgery, I am able to go back to work and take care of my family without having any pain or difficulty." 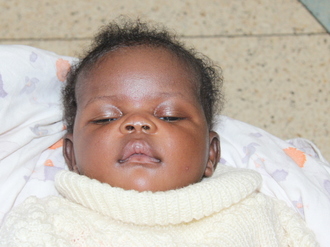 Anabel is a baby from Kenya. She lives with her two elder siblings and parents in the Nairobi suburbs. Anabel was born with spina bifida, a type of neural tube defect in which the spine does not properly close around the spinal cord. Without treatment, Anabel is at risk of lower-limb paralysis, infection of the exposed nervous tissue, development of tethered cord syndrome, and possible developmental delays. Our medical partner, African Mission Healthcare Foundation, is requesting $1,097 to cover the cost of Anabel's spina bifida closure surgery. The procedure is scheduled to take place on February 11. This procedure will hopefully spare Anabel from the risks associated with her condition, instead allowing her to grow and develop along a healthy trajectory. “I hope you can help us have her treated for spina bifida,” says Anabel’s mother. 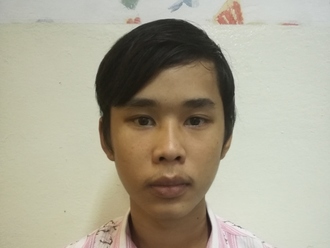 Piseth is an eight grade student from Cambodia. He has a sister and two brothers. He likes studying math and wants to go into construction work when he finishes school. He enjoys going for walks and listening to music. Two months ago, he was electrocuted by a wire while on a roof, and his hands and legs were badly burned. It is very painful and he cannot use his hands. When Piseth learned about our medical partner, Children's Surgical Centre, he traveled for two hours seeking treatment. On January 11, surgeons at CSC will perform a skin graft procedure to to heal his wounds. Now, Piseth needs help to fund this $440 procedure. He says, "I hope I won't be in any more pain after the surgery." 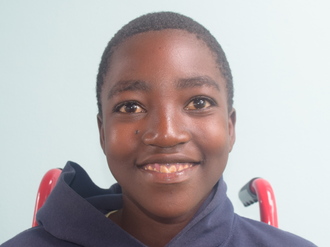 Jazila is a child from Tanzania. She is the oldest of three children. Her parents are small-scale farmers. Jazila has clubfoot of both her feet. Clubfoot is a condition in which the foot is twisted out of shape. This causes difficulty walking and even wearing shoes. Fortunately, Jazila traveled to visit our medical partner's care center, Arusha Lutheran Medical Centre. There, surgeons will perform clubfoot repair surgery on December 14. Our medical partner, African Mission Healthcare Foundation, is requesting $890 to fund Jazila's clubfoot repair. Jazila’s mother says, “Please help my daughter; we never knew her condition could be treated. Now we know but we still can’t afford the treatment cost. Please, we need your help.” 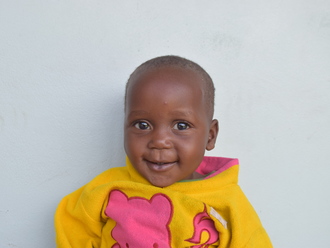 Emmanuel is a baby from Tanzania. He is the youngest in a family of four children. His parents are small-scale farmers who farm maize, bean, potatoes and vegetables. Emmanuel has clubfoot of both feet. Clubfoot is a condition in which the foot is twisted out of shape. This causes difficulty walking and even wearing shoes. Fortunately, Emmanuel traveled to visit our medical partner's care center, AIC Cure International Hospital. There, surgeons will perform clubfoot repair surgery on October 15. Our medical partner, African Mission Healthcare Foundation, is requesting $890 to fund Emmanuel's clubfoot repair. After treatment, he will be able to walk easily. His mother says, “We were made to believe there was nothing that could be done to our son. You have brought us hope. Please help us.” 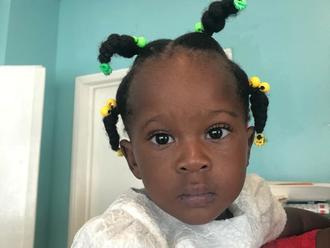 Esther is a baby from Haiti. She lives with her mother and father in Port-au-Prince. She is their first child. Esther has a cardiac condition called Tetralogy of Fallot. This condition involves several related defects, including a hole between the two lower chambers of the heart and a muscular blockage of one of the valves. Esther will fly to Dominican Republic to receive treatment. On October 6, she will undergo cardiac surgery, during which surgeons will close the hole with a patch and remove the muscular blockage. Another organization, Haiti Cardiac Alliance, is contributing $5,000 to pay for surgery. Esther's family also needs help to fund the costs of surgery prep. The $1,500 bill covers labs, medicines, and checkup and followup appointments. It also supports passport obtainment and the social workers from our medical partner, Haiti Cardiac Alliance, who will accompany Esther's family overseas. Her mother says, "We are very glad for this surgery so that our daughter can gain weight and have more energy." 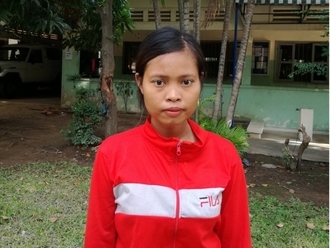 Sokny is a rice farmer from Cambodia. She got married nine months ago. She likes cooking for her family and tending to her vegetable garden. A year ago, she was in a motor vehicle accident that caused a fracture in her left leg. It is difficult for her to walk and she is in chronic pain. Fortunately, surgeons at our medical partner, Children's Surgical Centre, can help. On September 7, Sokny will undergo a fracture repair procedure, which will cost $430. This procedure will help her walk easily again. She says, "I look forward to walking without pain and returning to my normal life." 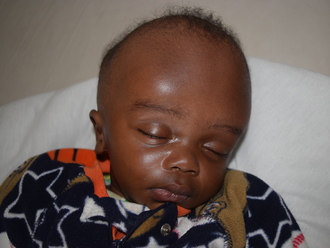 Nicholaus is an infant from Tanzania. He is the only child to his young parents. Nicholaus’s father works as a welder, while his mother is a housewife. Nicholaus has been diagnosed with hydrocephalus, a condition in which excess cerebrospinal fluid accumulates in the brain and increases intracranial pressure. As a result of his condition, Nicholaus has been experiencing regular fevers and vomiting. Without treatment, Nicholaus will experience severe physical and developmental delays. Our medical partner, African Mission Healthcare Foundation, is requesting $1,238 to cover the cost of surgery for Nicholaus that will treat his hydrocephalus. The procedure is scheduled to take place on August 9 and will drain the excess fluid from Nicholaus's brain. This will reduce intracranial pressure and greatly improve his quality of life. With proper treatment, Nicholaus will hopefully develop into a strong, healthy young boy. Nicholaus’s mother says, “Please help my baby get treated. I don’t want t lose him.” 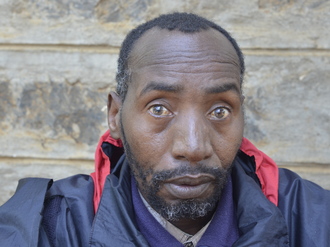 Meet Paul, a father of two children from Kenya. He used to work as a maintenance officer on a flower farm. His wife works as a laborer. In February, Paul began losing his vision. He underwent an MRI in April and was diagnosed with a brain tumor. It has been recommended that Paul undergo a craniotomy to remove the tumor. If he is not treated, he will be at risk of permanent blindness. Fortunately, Paul's surgery is scheduled for July 9. Now, he needs help raising $1,495 to fund treatment. Paul says, “My wish is to have the tumor resected and be able to regain my sight."