Cortanwe has funded healthcare for 2 patients in 2 countries. 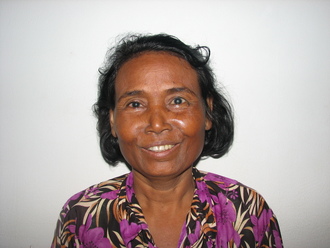 Meet Pov, a 53-year-old woman from Cambodia. “She is married with two children and two grandchildren,” shares our medical partner, Children’s Surgical Centre (CSC). Pov has mature cataracts in both of her eyes. A cataract is a condition in which there is progressive clouding of the internal lens in the eye. “She has difficulty seeing faces and can’t go anywhere on her own, “ CSC explains. “Her husband can’t do his work well because he constantly has to attend to her.” $225 will fund the treatment Pov needs to correct her vision. With this funding, Pov will receive cataract surgery—a procedure in which the cloudy lens is removed from her eye and replaced it with a clear lens implant. Without this procedure, Pov is at risk for permanent blindness. After her recovery, Pov’s vision will be clear and her independence restored. CSC shares, “Pov is excited to see clearly again, help her husband in the farm, and take care of her grandchildren. 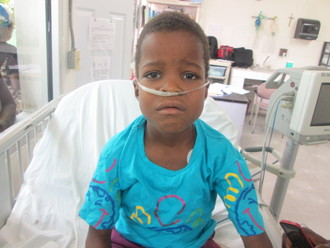 “John is a beautiful little boy living with his father,” shares our medical partner in Haiti, Project Medishare (PM). Just eight years old, John is in severe respiratory distress. “Twelve months ago John fell on a rock while biking in his neighborhood, and his parents did not take him to the hospital because they did not have money and it was not severe,” PM explains. “A few days later John started having difficulties breathing and his belly, face and foot started swelling.” When his father saw this, he took John to the hospital where he was given oxygen. However, pus in his right lung is still preventing him from breathing normally. In order for John to recover, he must receive surgery to remove the pus. “John's father is working very hard to raise money for him,” PM tells us. “He has to walk under the hot sun of Haiti every day, selling used stuff.” John’s father shares, “I fix stuff I find to sell in order to get money to feed my kid. I only came to the hospital with John hoping to receive free care because he was very sick; when they said to me that it is a private hospital and that I have to pay, I thought about going back home because I have no money.  ” Thankfully, John’s father does not have to take his son home. With $1,500 in funding, PM explains, “Treatment will consist of a thoracic drainage by surgical intervention.” First, the pus will be drained from John’s lung. Second, John will be given antibiotics to treat the infection. Finally, he will rejoin his family and resume his healthy life. “This surgery will save John’s life,” PM shares. Let’s fund this life-saving treatment and allow John to live a normal childhood—without pain and respiratory distress.